People Watching is the New Meditation. 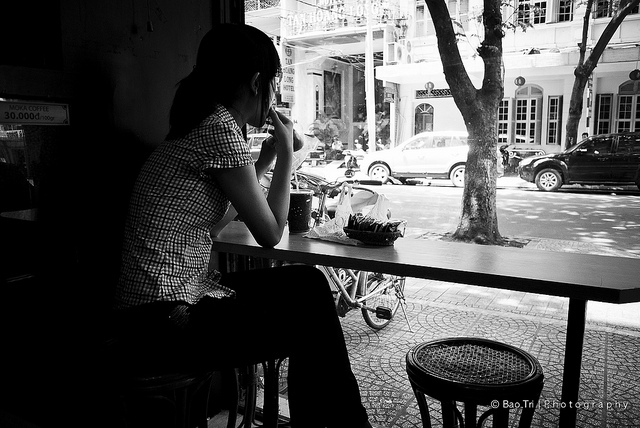 I don’t recall asking for an epiphany as I placed my order for homemade pumpkin soup and green tea, but nevertheless, I was served up a complimentary life lesson with my lunch.

As I sat, tucked away in the corner of my new found favourite cafe, I silently observed my surroundings.

Behind the counter was the owner of the café. He had curly grey hair and wore round glasses, but what struck me most about his appearance was his wilted spirit. I could tell by his face that he once had a happy, jolly disposition but it was clear to see that of late, his cheer had temporarily departed. For reasons unknown, the owner of this lovely little café was not engaged with life or his customers.

A mother and daughter were having coffee to my right—nothing out of the ordinary there. A man sipping coffee and reading the paper across from me.

Adjacent to the mother and daughter was a man who was causing a bit of commotion. After silently observing for a few minutes I got the gist of the conversation—or rather the monologue—that he was directing at the café owner. The man, possibly in his late fifties, had ruddy cheeks and was banging on about how ridiculous it is that all cafes have to cater for disabled customers. The burdened café owner reluctantly explained that it was law that there had to be clear pathways for disabled customers to get around and hence they couldn’t fit more tables and chairs in the cafe.

Undeterred, the man kept wandering around the café talking to himself, while the other patrons silently cursed him for being annoying and willed him to sit down and shut up.

After a few minutes, I found myself becoming irritated by the man. I wanted to enjoy a peaceful lunch and I was being subjected to the ramblings of a mad man.

Maybe there was something to learn from this irritant of a man.

Sitting in the corner, silently observing other people’s lives and behaviour, it is easy to recognize their problems, challenges and issues. If you’re mindful enough, you can gain profound insights and understandings, without having to go through the trials and tribulations yourself.

Although we don’t always recognise or want to admit it, if we look long and hard enough we can see our own selves reflected back to us in the behaviour and actions (or inactions) of others. While I was reluctant to admit that I shared any similarities with this man, the truth was, I did.

You see, there have certainly been things, topics and people that I have endlessly banged on about, even though they were pointless in the grand scheme of things. I’ve rehashed the past, preventing myself from moving on by tirelessly focusing on what was, rather than what is. I too have been guilty of ceaselessly focusing on something trivial to the detriment of the present moment. Maybe not in such an obvious way as this man was doing but in my own way, I had committed the same crime.

As I watched the rest of the café putting up with the breach of the peace, I couldn’t help but think how much more interesting the scene would be if people were a bit more expressive.

If the jaded café owner just declared to the whole cafe what was really troubling him, would whatever it was lose its power over him and help him get his spirit back? What would have happened if I, or any of the other customers in the café, addressed the madman and asked him to kindly sit down and be quiet or leave? And then I was struck by the irony—the only person truly expressing themselves and saying what was on their mind that day was the man I had deemed mad.

I wondered why this man felt the need to carry on the way he was. Perhaps it was because he didn’t feel heard. I mean, we all heard him, but nobody took the time to truly acknowledge him.

Not one of us in the café gave this man the gift of our presence. Maybe all it would have taken to restore the peace was for someone to look at him, to see him and say, “I hear you.“

Chris Rock once said, “I think it’s better to have ideas. You can change an idea; changing a belief is trickier. Life should be malleable and progressive. Working from idea to idea permits that. Beliefs anchor you to certain points and limit growth; new ideas can’t generate. Life becomes stagnant.”

Sitting in the corner of the cafe people watching had given me valuable insights and perspectives into my own behaviour.

As I made my way out of the cafe, I thanked the cafe owner, smiled at the expressive gentleman and stepped back out into the world feeling truly nourished.

Tools for Observing Our Actions Without Judgment. 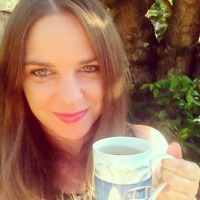