Plot Twist: Why we Should Meditate with our Open Eyes. 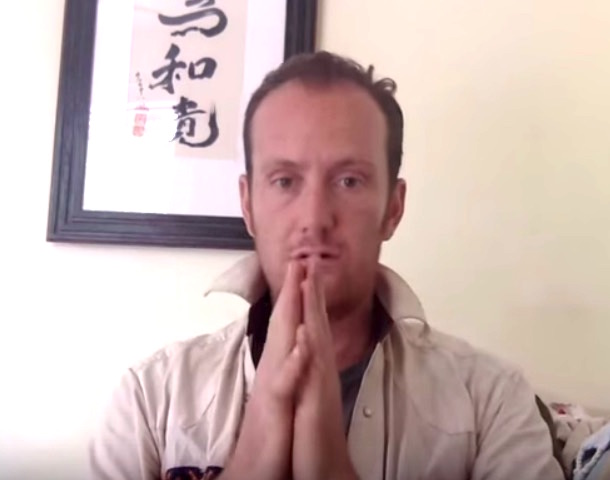 There is no one particular method when it comes to correct meditation practice.

Meditation isn’t a certain posture—rather, it is a state of mind. Many people who don’t have a daily meditation practice, seem to have a complete understanding of how their mind works and excel at not be consumed by their thoughts.

That being said, every person is free to go with what he sees best.

Nevertheless, for the people who like to practice meditation following the Tibetan tradition, like me, they acknowledge that there are certain methods that Buddhists advise.

Following the meditation method that suit us, in addition to creating the proper conditions, we will achieve a successful practice over time.

Surprisingly, my method of practicing meditation changed after going to India.

When I was in Dharamshala, I met every day with a monk named Gelek, who was a great teacher of mine. Monk Gelek and I discussed almost everything that has to do with Buddhism and life.

One of the startling things he said, was that the eyes should stay open during meditation. He explained that in the West, we are mostly taught to close our eyes while meditating, which is not advisable in the Buddhist tradition.

According to Tibeten Buddhist tradition the correct way to meditate is to look downward, as if we are looking down to our nose or the floor. Our eyes should point down at a 45 degree angle.

Monk Gelek elaborated and offered me a further explanation of why meditating with half-opened eyes is of benefit.

Firstly, when we open our eyes, we are less likely to fall asleep or doze off. It is a helpful technique for people who are prone to falling asleep during meditation.

Secondly, when we close our eyes during meditation, it is easier for the mind to create mental images. Monk Gelek described this sensation as “dark” and “dull.” With our eyes closed, our mind instantly becomes a place for active, destructive thoughts. However, opening our eyes lessens the activity of mental images, thus creating a better condition for a fruitful meditation.

We will cultivate the habit of being mindful in the physical world while we see it.

Moreover, we will learn how to cope with our thoughts and emotions openly, without closing our eyes. We cultivate the practice of dealing with everything in a calm and gentle manner.

However, I agree with everything that Monk Gelek said.

When we open our eyes during meditation, we will eagerly grasp at any object that is in front of us, even if it is the wall. But slowly we learn to perceive and actually see everything vastly, as one—which is another great exercise that teaches us how to see everything as connected and not in duality.

Keeping my eyes open during meditation has helped decrease my mental images—because it is true that closing the eyes helps with creating mental dullness.

When I was in Dharamshala, I bought the book The Tibetan Book of Living and Dying. Just few days after my discussion with Monk Gelek, I came across a part in that book that described the exact same technique which he had told me.

In the book, they add, “do not focus on anything in particular, instead, turn back into yourself slightly, and let your gaze expand and become more and more spacious and persuasive. You will discover now that your vision itself becomes more expansive and that there is more peace, more compassion in your gaze, more equanimity and more poise.”

When it comes to meditation practice, every one is free to practice the way that benefits him. Some people are capable of closing their eyes without being mentally disturbed.

But if we like to practice meditation according to the Tibetan Buddhist tradition, it is advisable to keep our eyes open. We can try keeping our eyes open during meditation to see if it suits us better than closing them. For me, it works much better to keep my eyes open.

However, if someone is easily disturbed, he can close his eyes at the beginning of his practice. Once his mind starts to calm down he can open them again.

It is never wrong to try different methods in meditation until we settle with what suits us best. In the end, it doesn’t matter how we’re walking the path, what matters is arriving at the desired destination.