The Greatest Threat to America Is Donald Trump, Or Is He? 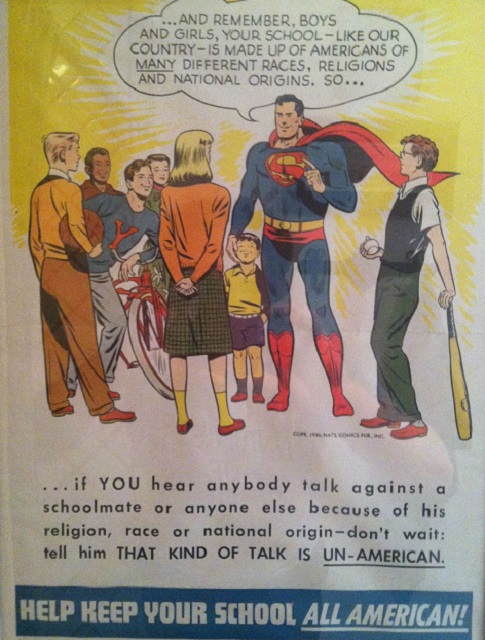 I’d like to offer an American variation of Martin Niemöller’s famous prose about the Nazis.

First he came for the Mexicans, and I did not speak out—
Because I was not a Mexican.

Then he came for the poor, and I did not speak out—
Because I was not poor.

Then he came for the tired, poor, suffering refugee, and I did not speak out—
Because I was not a refugee.

Then he came for the disabled, and I did not speak out—
Because I was not disabled.

Then he came for the Muslim, and I did not speak out—
Because I was not Muslim.

Then he came for nature, and I did not speak out–
Because it was not in my neighborhood.

Then he came for me, and there was no one left who cared to speak for me.

It seems to be a dangerous time for America.

We are being led astray by a mass media corporately controlled and bent on seeing a corporate agenda remain in power. We are forgetting our roots, our ancestry, our mission through the indoctrination of nationalist propaganda on minds easily led through fear and bigotry.

We’ve been led down a dark path by those who benefit from having us both afraid and dependent on them for our “security.”

We truly have no one to blame but ourselves. I’ve been lucky. I educated myself out of the darkness that is conservatism into a brilliant light of a “people first” ideology that puts currency behind people instead of the other way around. I do know, from personal experience, that ideologies are often hard to break regardless of the information one is presented with.

Yes, I can say conservatism is dark because I was born into, and raised within, its confines.

We often identify with our ideas, although to other our ideas identify us. How we approach our beautiful society and its potential shows us who we are. How we utilize our ideas and weave them into the fabric of society is a direct reflection of where we are in the moment.

Understanding these precepts is important because of where our nation currently stands in its relatively brief history.

We do not have a wonderful and storied history within the world landscape. In fact, our history offers not much to be proud of, and not much to suggest we deserve our role as so-called world leader.

We may have vast stores of raw materials, and the strong will of a great people, but our history suggests a lack of real compassion necessary for a great society. In fact, the reason we need to spend such a large amount on our military may very well be that we lack the compassion and empathy necessary to be a truly great society in the world, and have created many enemies who see as as anything but.

This leads me to the serious question of Donald Trump.

I’ve read much about him in my life, and even read The Art of the Deal when it came out. I have never admired him as a business man, understanding from my time living in New Jersey (much of my life) that he has never really done wonders in business. In fact, his business dealings have rarely picked anyone up and helped them. Instead, he has caused a lot of suffering in the business world. Just as he caused those who went under when he declared bankruptcy four times.

He isn’t even a self-made man. He would have been much wealthier, I’ve been told, had he just left the money his father left him in investments. That suggests that poor business decisions have led him to actually be worth less financially than he would have had he spent his time with his feet up on a table in Monaco or something.

Yet, as much as I hear others blame Donald Trump for the angry rhetoric and racist propaganda, I find it hard to blame the man. While some are banning him (or considering a ban) from their cities, or revoking his accolades, or cancelling his speeches, I find it very hard to focus singularly on the man.

Donald Trump has been likened to Hitler in some circles. Yet, for all of the blame Hitler gets for World War II, the Holocaust and Nazi ideology, one must realize that Hitler alone would have just been a nut with a wild idea.

What gave him real power, that real ability to inflict his insane version of utopia on the world, were those who agreed with him, followed him, or remained silent in the face of him.

So, is Donald Trump the great threat to American ideals as we paint him out to be? Perhaps, but I say we need to look further. We need to dive deeper.

Donald Trump would be utterly meaningless if not for those who agree with him, who follow him, or remain silent in the face of him.

He is not the power, he is the benefit of the power of such negativity. Otherwise, he’d have an audience of one—and that would include the mirror.

They are the real threat to our nation, its ideals, and the very values that once made us a torch for the world.

It is their ideals that keep us in centuries long-past, married to ideals that have proven time and time again to be ineffective failures.

The rest of the world has progressed beyond us, and as we remain attached to the idea that we can lead through the might of a hammer created through massive debt the rest of the civilized world is adopting a people first mentality that make it a very attractive place to live.

In truth, a simplified explanation of terrorism could be, “oppression breeds anger, anger breeds hatred, hatred breed violence and violence breeds terror.” If this explanation holds any truth, then we must hold those who harbor oppressive attitudes (racism, bigotry, prejudice) accountable for the fomenting of terrorism in the world. Our foreign policy history doesn’t show us in a good light here.

Donald Trump, and all those who support him, harbor racism, bigotry and prejudice. They all seem afraid of the world around them—of everyone who does not share their fears and ideals.

And so we have a concoction that sets off a chain reaction—one that results in federal buildings in Oklahoma being blown up, abortion clinics and Planned Parenthood offices being attacked, as well as nations that pose absolutely no threat to us whatsoever.

Such attitudes create torturers out of a nation once considered “the Great Melting Pot.”

They make war criminals out of those who once thought of themselves as the leaders of the civilized world.

“If I were to remain silent, I’d be guilty of complicity.” ~ Albert Einstein.

For me, it is obvious that those of us who love the ideals this nation was founded on have a responsibility—one we have rarely met. It is to stand up against those who have given Donald Trump his power and influence.

We owe it to ourselves not to cater to such a low common denominator. We owe it to the world to show what true leaders look like.

Those of us who see ourselves as progressives in a world that constantly wants to move forward must let our voices be heard louder than those who would throw us back into the Dark Ages.

We need to be a part of this process—a loud part of it—or we will become complicit in the downfall of a society once teeming with greatness.

We must be the change we wish to see or, frankly, we are nothing more than the problem. When we band together in conscious effort, we turn Donald Trump from a reason for America’s greatest failure into a reason for our greatest moment.

Who’s with me on this?

What Comes After Closing Down the Internet?