The Healing Power of Music During Times of Tragedy. 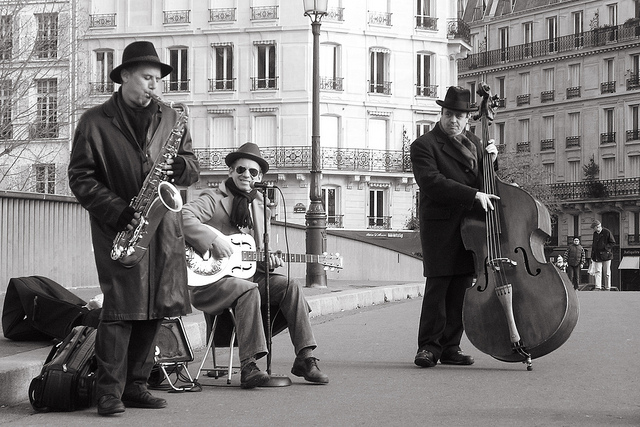 There is much chaos afoot in the world right now.

How do we respond to these atrocities? How do we keep from descending into gloom, depression and utter despair?

One thing is clear to me. As difficult as it may seem and as hard as it may be to practice, we must keep our hearts open, believe in the goodness of people, and see the love and light that shines so brightly, even in a world full of madness and chaos. Because there are good people and there are beautiful things happening in the world every day. They may not be making the headlines but they happen nevertheless. We each have the choice every day to close our hearts and block everything out or to open our hearts and allow in that vulnerability. When we allow ourselves to feel the good along with the bad, we allow ourselves to have a voice that speaks out in the darkness.

One way we can respond is through music.

Music is a language of love. Music can change lives. Music can heal. Music is universal and can cross boundaries of language, culture, ethnicity and generations.

Over the recent past, I have learned a lot about how cathartic music can be. I’ve been moved to write songs that celebrated the victims of some heinous tragedies—the Boston Marathon shooting, the AME Emanuel Church shooting in Charleston, the Sandy Hook shooting and an accident that took the life of Atlanta activist and musician, Frank Barham. I did not write these songs because it seemed like a “nice thing to do.” I wrote them because I absolutely had to. When someone leaves this world, they have an essence—an aura—that shines brightly. When they leave due to a senseless act of violence, that lights shines even brighter, to the point of being blinding. Seriously.

Imagine the brilliance, the sheer beauty of 130 innocent souls who were recently taken from this world.

On November 14th, after a series of unusual events, a writer from the Huffington Post suggested I write a song for France, and said if/when I did, she would write a story about it, free of charge. This wouldn’t seem that strange, except for the fact that a friend passing through Paris on Halloween night had suggested the same thing two weeks ago. Write a song for France, he had said, in French. I told her it could take a few days, a few weeks, a month…

So shortly after the attacks in Paris, I sat down at my piano, surrounded by photos I had taken in 1998 during a two-week trip to France, and I thought about the victims, including Helen Wilson, close to a dear friend, who had been shot in both legs and watched her friend, Nick Alexander, merchandise manager for the Eagles of Death Metal, die in her arms. Two hours later, I was finished with a beautiful song, completely in French, a language I don’t even speak.

I immediately contacted the studio I record at to see if I could come in and record. “Let’s do it!” was the response. After a couple of quick recording sessions, it could not have turned out more beautifully.

Another eerie thing that happened was that I released “J’ Adore La France” on November 23rd, which unbeknownst to me is the birthday of Francis Cabrel, the renowned and beloved French singer who was a major influence to me in writing this song.

I believe in serendipity, synchronicity and that these things are not an accident.

From Paris to Baghdad, with Love.