9 Ways to Be Fiercely Intentional about How You Use Facebook. 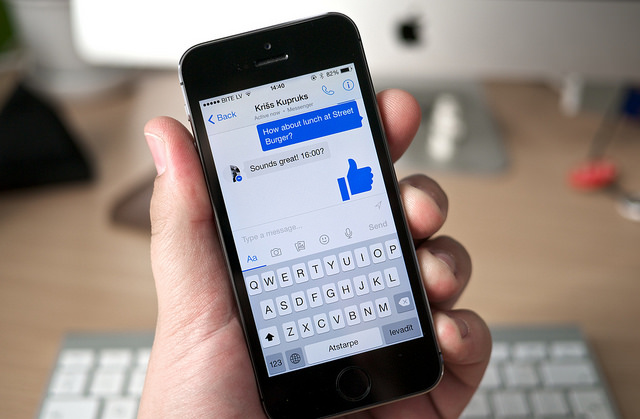 There’s something so tempting about that tiny one or seven notification in the corner of the small “f” logo on my phone that lures me in—urging me to quick check if something riveting might have unfolded on Facebook in the 10-minute span while I was waiting for a sandwich at the deli, working an honest job, or packing my kids’ lunches.

“Just click on me,” it coaxes, in a silent but alarmingly seductive manner. Oh, it’s just someone I know selling an old armchair. It’s coach asking me to pay the soccer dues ASAP. Grandma (of course) “liked” the photo of my kid racing his big wheel. It’s a funny message from a dear friend I haven’t talked to in 15 years, and it kind of makes my day. Random reinforcement strikes (and interrupts) again.

Other days, it’s as if scrolling can “inch me along” seemingly mundane moments, like a gummed-up conveyor belt. It slurps up minutes while I’m twiddling my thumbs in the crazy-long hardware store line, waiting for the plane to take off, or idling in the school pickup line. That’s a good thing, right? Except that at the end of some of those days, I feel a little numb, distracted, aloof, like I can’t remember all the afternoon’s details or exquisite colors quite the way I’d like to.

Sure, there are articles that alert me to a new meditation technique, show me a political candidate in a new light, or even spark a serious “aha” moment about my relationships. Other times I question: Do I really want to, in all my human predictability, succumb to reading about “6 Ways to Spot a Narcissist,” or “You’ll Never Believe What Happened to these Conjoined Twins at Birth!” Those are minutes I will never ever get back.

Another thing is that I’m a curious person. I really do want to see what everyone else in my whole world is doing…don’t I? Sometimes I’m inspired (like by a friend scaling Mt. Rainier or rocking that triathlon I’ve been thinking about for myself). Sometimes I’m intrigued (like when I devour a friend’s award-winning poetry anthology). And sometimes I feel a little awful about myself (like when my friend Facebooked a photo of the 43 healthy dinners she pre-made and froze in neat freezer stacks while I continued to munch, not just chicken nuggets, but nuked chicken nuggets alongside my voracious kiddos).

About this last thing, it took a long time for me to notice that, at times, Facebook did act like a drag on my usually sunny outlook. However, the way it contributed to my mood was so darn quiet—so subtle and sneaky I couldn’t even put my finger on it.

Elisha Goldstein wrote, “Facebook…and all the wonderful new ways of connecting are an evolution in our culture, we just need to peel the lens back a bit and watch ourselves as we engage in this great big experiment.”

Well, if I watched myself, Facebook was whipping me around a bit. I wanted to take back some control.

While it may be pretty unrealistic or undesirable to stop using Facebook altogether, awareness may help protect from some of its potential negative effects. Shortly after becoming mindful (or “noticing without judging”) of a given situation, there follows a natural time of questioning. Is this really how I want to be? Is this what I want to do? Is there a better way?

Here are 10 ways to bring increased awareness to the way we interact with this behemoth player in the social media empire.

#1 Become Aware of How Facebook Affects Your Mood and Outlook

Ever open your own Facebook to see Joe and Jan tanning in the South of France, a simply amazing video of little Judy swimming by herself at the age of 18 months, or a screen shot of Sue’s two hour kickboxing workout even though you were too lazy to go to the gym that day?

Research strongly suggests that frequent use of Facebook can “undermine well-being” and can actually make people feel lonelier or worse about themselves.

Kross, Verduyn, Demiralp, Park, Lee, Lin, Shablack, Jonides, and Ybarra (2013) found that “the more people used Facebook during one time period, the worse they subsequently felt.” They also found that “the more participants used Facebook over the two-week study period, the more their life satisfaction levels declined over time.”
deVries and Kuhne (2015) found that “Facebook use was related to a greater degree of negative social comparison, which was in turn related negatively to self-perceived social competence and physical attractiveness.” The effect was particularly strong if a person was unhappy to begin with.

Notice how Facebook affects your own mood and self-esteem. Remind yourself that looking at everyone’s accomplishments, happiest photos, and seemingly-perfect lives does not capture reality.

#2 Become Aware of How Facebook Fragments Your Day Through Interruptions

Acquisti and Peer (2013) found that frequent interruptions make you 20% dumber—that is, you can recall information 20 percent less accurately when you’ve been interrupted while trying to remember it.

Try logging the number of times you check Facebook in a given day or week. The next time you take a “Facebook break” while working, bring awareness to the way it might lower your performance.

Take stock of the ways you use Facebook. Do you scroll through Facebook content without engaging with anyone else? Do you post about your accomplishments, photos of travel, or photos of food? Do you post photos of children, political commentary, quotes that inspired you, or things you think are funny?
Reflect on the degree to which you interact directly versus simply “consuming content.”

Burke, Marlow, and Lento (2010) found that directed interaction on Facebook—such as posting, commenting, and liking—is associated with greater feelings of bonding and social capital. However, simply consuming greater levels of content is linked with increased loneliness.

#5 Reflect on What You Feel You “Get” Out of Facebook

Park and Lee (2014) found that four motivations were associated with Facebook intensity. These include:

Pinpointing your own goals for using Facebook may help you gain insight and make more conscious decisions about how you want use it.

Using Facebook at certain times can whittle away at the pleasure derived from prime life activities, such as eating dinner together as a family, talking with a friend on the phone, daydreaming, being intimate, or getting a good night’s sleep

Research suggests that the blue light (found in smart phones or tablets) can disrupt natural circadian rhythms and lower melatonin levels (a factor which can be linked to depression).

Think about any “intrusions” Facebook has in your life and remediate them.

#7 Diversify: Use Other Mediums to Interact with Friends

Think about how you split your time between forms of communication. Craft a snail-mail card or letter, call a friend on the phone, or get together with friends in person.

“Fasting” from Facebook for a day or a week is a powerful way to comprehend the complexities of how it affects your life. Taking a break might alert you to the functions Facebook serves in your life—whether to distract you from a boring or difficult task, to connect with friends, or to read something illuminating that breaks up doldrums. Fasting may help you reconnect with some of the real-life activities you may have been missing out on, such as noticing simple pleasures, getting an extra 30 minutes of sleep a night, or having more conversations with co-workers. When you return to Facebook, you may see aspects of it in a new way or appreciate it with fresh eyes.

An alternative to “fasting” from Facebook is to spread as much kindness as possible to Facebook connections for a day or a week. Post as many nice (but genuine) compliments as you can, use Messenger to check in with long-lost friends, send a sweet note to your partner or best friend, share quotes about kindness and love, or thank someone for sharing something that inspired you, taught you something, or made you laugh or smile.

The essence of mindfulness is observing thoughts, feelings, or interactions “from a distance.” It’s about awakening to the experience that’s hard to see because you are right smack in the middle of it. Stepping back helps you bring a deeper understanding and intention to the largely unconscious patterns in your life, including those with social media.

Our Lives Are so Much More than a Facebook Status. 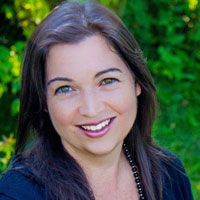