A Year of Metta—Practicing Loving Kindness Off the Cushion. 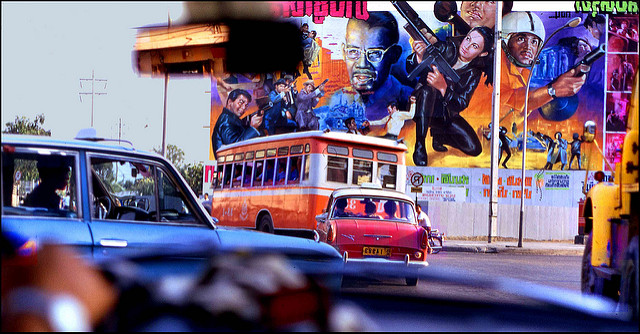 I am traveling through a Year of Metta, in which I am exploring loving kindness towards myself and others.

The Buddhist meditation practice known as the “loving kindness” or the metta practice includes loving ourselves and others—as well as, those aspects that we don’t like. Typically we grasp the wonderful parts and avoid the less endearing parts in ourselves. Either way, it is a package deal.

This includes loving the sinner, the saint, the human and the divine, and walking the Bodhisattva warrior walk thereby benefiting others. I am assimilating tools to practice reclaiming my basic goodness; my divinity.

When I encounter thoughts, emotions, people or events that challenge me, I’ll practice focused breaths and smile yoga. These can be practices also off the cushion:

Focused Breaths. Pema Chodron, a Buddhist nun, teaches the tool of three focused breaths between the instant that you feel an overwhelming emotion and before it is followed by the furious train that takes you off on a powerful ride that achieves nothing, but suffering. The powerful energy that is associated with this train is shenpa, a Tibetan word often translated as “attachment.” Pema suggests thinking of it as getting “hooked”. Three breaths gives me space between the initial instant and the train, which allows the intensity and power to fade. This gives me a better chance of not taking the train ride, of not getting hooked.

Smile Yoga. The so called “smile yoga” is taught by Thich Nhat Hahn, a Vietnamese Buddhist monk. Tara Brach teaches smile yoga in many of her guided meditations on her online website. Imagining a smile on my forehead, then my eyes and next my mouth gets me closer to my humor and basic goodness during a situation. Tara Brach also teaches body scan meditation as do many other excellent teachers. By scanning my body for tension and describing it, I can acknowledge it then release it.

Recently I practiced these tools while driving through downtown traffic of my small southern town.

For once I had the right of way intersection. No stop sign for me! I rolled to behind three cars.  There was very little room left ahead of me. To my right there was a large, black and tinted SUV wedged itself into the remaining space in front of me. The aggressive driver was taking an advantage. The driver took away my chance to be noble and self-righteous by letting them into the flow of traffic. I was hooked and boarding the shenpa train.

I rolled my car another foot or two forward. The SUV’s tinted driver window rapidly descended and a blonde woman, in her late thirties, began cussing and yelling; “B*tch!” She punctuated the expression by using her middle finger and waving her hand.

Still hooked, I replied with a middle finger. She then launched into, “Do you want me to come there?”

Whew. I took three breaths and gave myself space. I knew that we were both stuck in shenpa. I knew I could unbuckle mine. I unwrinkled my brow with smile yoga and softened my eyes. My space expanded. I decided to listen to her. I waved her over.

She marched over to my passenger side window leaving her driver door open. She screeched the same cuss words with the same breath-taking level of anger.

The moment she took a breath I asked her: “Why are you so angry?”

She froze like an ice-cream; her mouth froze too.

The anger in her face diluted. I asked again: “Why are you so angry?” She looked at me a few seconds, then turned and walked stiffly back to her SUV. Through the open door I could see children in the back seat. After closing her door she ignored me.
I let her in ahead of me. Her gigantic SUV was taking over the road. She turned on her left turn blinker. I rolled my eyes, she was holding me up; traffic was building behind me.

I had time to notice her vehicle plates; she was from another county. My passive-aggressive-self-righteous me came alive. I thought: “So that is why she is acting this way.” I yelled it too as she made her turn; getting in the last insult even though she couldn’t hear it. I had managed to get “hooked” and back on the shenpa train.

As I drove off, I practiced a body scan; I found a tight, hot chest, pounding heart and flushed face. Thank you Tara Brach. I took three deep, easy breaths. Thank you Pema Chodron. I wiggled my brow, softened my eyes, and smiled. Thank you Thich Nhat Hahn. For the first time in my life, all of the physical and emotionally charged changes dropped like I had snapped my fingers. I was un-hooked. I was exalted. I laughed.

Don’t get me wrong I was not proud of my behavior; I recognized I am a work in process and laughed.

That was a good thing. 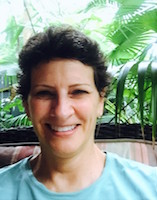