Being a Gentleman isn’t Old-Fashioned: How to Treat her Right. 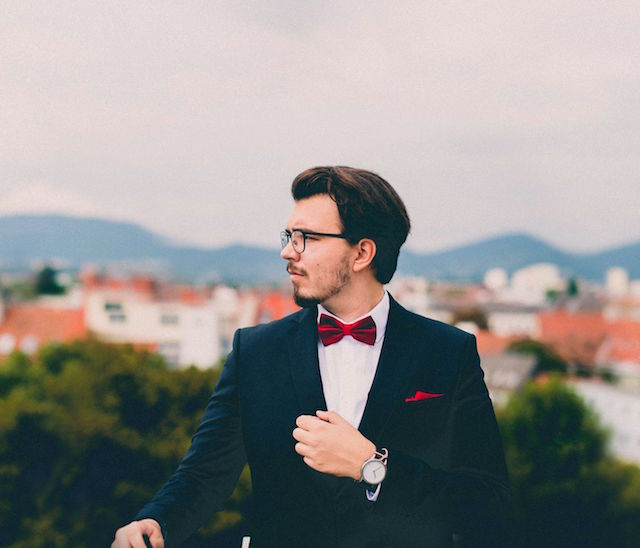 In the modern world, true gentlemen are becoming harder to find.

The reason is because everything in the world is moving at high-speed. Technology has evolved to the extent of slowly moving us further from the virtues of face-to-face human connection.

We’ve been brainwashed by almost everything digital for years, and this ordeal has negatively affected the dating scene.

Most of us play it cool when it comes to dating. Males are letting go of some crucial traditions like opening doors and spending quality time with their partner. They aim at making women feel more at ease and more independent. In return, females might accept this behavior for the pleasure of feeling more independent.

But being a gentleman isn’t old-fashioned.

To be a gentleman in this day shouldn’t be a rarity.

As women, we would like to date a gentleman. Every woman who claims that she doesn’t need one certainly hasn’t experienced being with one.

But trust me, a real woman who knows the ropes of the dating world will be looking for a gentleman and not for a boy.

The reason is because being with a gentleman generates happiness, comfort and a sense of ease. Women who are with gentlemen feel like ladies. We love to see men taking the lead from time to time. We love to count on them.

My parents have been married for the past 30 years. My father still opens the door for my mother. He calls every day when he’s at work to make sure she is fine and surprisingly, he still buys her roses. And still more stunning, he takes her out on dates.

Being a gentleman isn’t a trait that should be adopted only at the beginning of dating. It is a lifestyle that men should choose to live, for a true gentleman is never defined by his outfit. It is not about what he wears, what car he drives or how many certificates he has.

To be a gentleman is a lifestyle that is translated through actions. Though the list would be long if we were to mention all the traits that a gentleman should maintain, there are some traits that almost every woman out there will come to notice and appreciate.


A gentleman respects himself first. Once he establishes a firm sense of self-respect, he can then respect the woman he is with and everyone else equally.

Most importantly, his respect should go beyond his woman’s persona and being. A gentleman respects a woman’s space, opinions and decisions, as well as her emotions and thoughts. Her vulnerability is never taken for granted, rather it’s thought of as courageous and authentic.

He simply treats her and others as he would like to be treated.

Everyone is prone to making mistakes, particularly when it comes to relationships. A true gentleman admits when he is wrong.

He is not fearful of facing his mistakes. His ego is set aside. Therefore when an ordeal takes places, he doesn’t run away or blame others.

He acknowledges what went wrong and fixes it accordingly.

A gentleman knows that all what a woman needs is to be heard. He understands that listening is a pivotal virtue that he can offer his woman and everyone else.

No matter how absurd or boring the topic is, a gentleman is always there to listen and to respond.

Caring for a woman isn’t limited to only caring for her as a person. It expands to caring about her needs, her words, her opinions, her decisions and her emotions.

When he does, a woman will never be hurt, feel ignored or unappreciated.

Also, a true gentleman feels responsible of his woman’s peace of mind. He understands that a part of her happiness and comfort thoroughly depends on how he is treating her and the relationship.

6. Be with her, totally.
A gentleman dedicates himself fully to the woman he is with at the present moment. Thus, she wins his attention.

He doesn’t excessively look at his phone or make unnecessary phone calls when she’s talking. He doesn’t interrupt her to respond to a message.

If he wants to take a phone call or send a message, he will excuse himself to do so.

7. Don’t leave her hanging.
Some men like to leave women hanging on purpose. They either do it because they don’t care enough or to basically test the waters.

However, a true gentleman would never do this. He returns phone calls and messages. He even apologizes if he missed her call or unintentionally replied to her messages late.

He simply doesn’t leave her hanging.

8. Chivalry.
No, chivalry isn’t dead. Chivarly means consideration and I still like to see men blessed with it.

A gentleman can save the last bite for his woman. He walks on the side of the road if a tragedy suddenly strikes. He never walks in front of her. He holds the door open, to her and others. He offers his jacket when it’s cold. He allows her to take the front seat if they were riding with someone else.

9. Independence.
A true gentleman is a man who had learnt how to be independent and to succeed all by himself. He is not entirely dependent on his woman.

He knows how to cook his own meals, how to iron his clothes and make his laundry. He should be able to handle few chores when the woman is not around.

10. Clarity.
Everything is clear when it comes down to dealing with a gentleman. Be it his past, his thoughts or emotions, all is clear and never hidden.

A true gentleman never leaves a woman guessing. Even if he doesn’t have clarity himself, he will keep his woman posted.

Clarity, sincerity and honesty are crucial for a gentleman.

11. Acquire skills.
Learning and acquiring new skills is critical. A gentleman knows that he might be placed in situations where he should know what to do and how to handle himself.

Be it changing a flat tire or building a camp fire, it translates safety and security to those around him.

He can also be learning new skills that are fun and of benefit to himself and his woman in particular, as cooking, learning to give massage or even learning a new language.

It is never too late for any man to become a gentleman.

Why should every man strive be a gentleman?

Because a gentleman is respected and appreciated by everyone, particularly by the woman he is with.

There are particular men whom I dated in the past who were true gentlemen. Up to this day, I still hold deep respect and appreciation for how they treated me. I even have many male friends who hold traits of a gentleman and every time we go out, I feel at ease, respected and comfortable.

I have learnt that when men treat women like ladies, women have no other choice but to truly be transformed to ladies. When they are treated like one, they will act like one.

I also learnt that even if things in a relationship didn’t work out, the woman will never forget how much of stunning values and standards a gentleman had. Women never forget the men who treated them well, even if they’re no longer together.

But before thinking about becoming a gentleman, men must ascertain that they want to become one for the benefit of everyone, including themselves. They must know that being one is a tradition that should never die.

It should never be used as a means to an end, rather it should be a lifestyle that a man consciously chooses to live for his own well-being.

Being a Mindful Gentleman: 7 tips on how a Man should treat a Woman.