Dear Social Media: I Won’t Leave You, but I Refuse to Fear You any Longer. 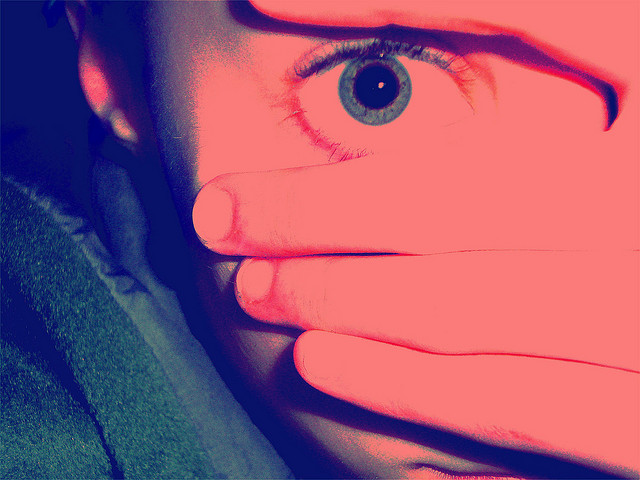 Lingering regrets and resentments faded away as the present became too enjoyable to dwell on the past any longer. For the first time in my life, if granted the chance to go back in time and do things better, I would decline for fear that I may alter the path that led me to the life I now lead.

Yes, 2015 was a good year for me, but that’s not what I’m writing about. Today I’m writing about the very worst aspect of 2015—the thing that made me feel anxious, disappointed, empty and angry over and over again.

Because no matter how great 2015 was for me, many of its most satisfying moments were tainted by the fact that my followers on social media didn’t share my enthusiasm.

More than enough has been written about the dangers of social media, how it can enable narcissism and loneliness. As with anything that provides instant gratification, I believe that social media should be enjoyed in moderation. That’s why this isn’t a “Why I’m deleting social media” article.

Rather, this is a “Why I need to smarten the f*ck up and care less” article. It’s also an exploration of the difference between satisfaction in the physical world and the satisfaction we earn from social media, and how these two types of satisfaction can negatively affect each other.

So why did social media negatively affect my emotions in 2015 and how will I prevent this from happening in the future?

On an emotional level, I’m sure that my anxiety from social media is a result of fear. When I don’t receive the gratification I expect from social media, I feel scared. Not in the scared-of-the-dark way, but more of a lingering discomfort that prevents me from feeling satisfied, regardless of how positive my life situation may be.

Does this sound foolish to you? I hope so. It sounds foolish to me too, and without reminding myself of how foolish these feelings are, I don’t know if I will have the power to make them go away.

Foolishness aside, I know from experience that humans are programmed to fear the monsters we cannot see and the things we cannot understand, so I’ll try to rationalize the fear I feel from social media, to put a face on the monster and force it to go away.

These are the three types of fear I feel when I use social media:

1. Fear of not being successful.

I’m a 25-year-old postgrad who has recently begun my career. As part of the “be an entrepreneur and follow your passion” generation, I live in constant apprehension that every decision I make will bring me closer to a life of mundane work, laboring for the profit of others and denying my heart what it most desires.

On top of this, no amount of support and happiness for my peers can completely eliminate the want-to-flop-onto-the-ground-and-die jealousy I feel when one of my social contacts posts about “how excited they are to officially announce [insert major career milestone here]”. If this person’s milestone is something I would like to achieve myself, the feeling is multiplied tenfold.

And I’m as guilty as anyone else of making these official announcement posts when I want to be congratulated for something I’ve achieved. The problem is that my network isn’t always as excited for me as I am. When I get too excited for likes and comments, I set myself up for disappointment. Even worse, I set myself up to feel that what I’ve accomplished isn’t actually important.

In 2016, I will refuse to incorporate social media into the perception I have of my success. Associating the engagement I get on my social posts with my success has hurt me in the past and has actually discouraged me from working towards my career goals, creating real harm in my life.

The stakes just aren’t worth it. I won’t make the same mistake in the year to come.

2. Fear of not being popular.

I wasn’t popular growing up. I wasn’t horribly unpopular either, but I had an underdeveloped personality and was kind of an a**hole. I had a habit of bringing out the cruelty in others, which brought me a lot of unnecessary suffering. Nearly all of my worst memories are from before the age of 18, and although we are often assured that “high school isn’t real life”, social media has a way of allowing the social dynamics from youth to survive far longer than they should.

Although I figured out my personality and eliminated social negativity from my life, the truth is that I’m not a trend setter, I’m not particularly cool and my life is not celebrated on social media the way that the lives of popular people are.

The frustrated teenager inside of me hates this. Every day on social media I see certain people being showered with praise for seemingly mundane things—their meals, standing in front of a graffitied wall, taking selfies—and I see others receiving little or no praise for posting the exact same things.

And, like in high school, social status sticks. Social media makes me fear that I was a loser in high school and always will be. I worry that if I don’t regularly post things to appear cool and interesting, my popularity will slip away and I will become a social untouchable, doomed to receive no likes on my muffin pictures.

3. Fear that life is unfair.

This is the fear that hurts, the substance that fuels the fears I’ve written about above. It’s an old debate in which each side has merit, but I suspect that most others dread the same conclusion that I do, that life is unfair and will not reward us all with the same gratification.

Being alive is exciting and incredible, but the basic unfairness of life makes it scary. Social media reflects and reminds me of this unfairness and it is my mistake for spending too much time absorbed in its endless feeds on my computer and phone, altering my worldview and driving me to cynicism and fear.

I refuse to be afraid any longer.

I will not abandon social media in 2016 but I will choose to indulge in it less, so that it may remain a fun pastime to share with my peers and not be given the chance to evolve into something darker.

I haven’t written this to make a grand statement or denounce the digital services we enjoy. I’ve written this to give visibility to one of my demons, to make it appear foolish in clear sight and ensure that it will never again hold my psyche within its sinister grasp.

As it’s been said before, everything in moderation. 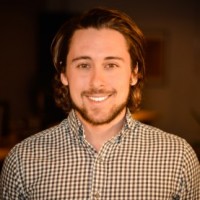