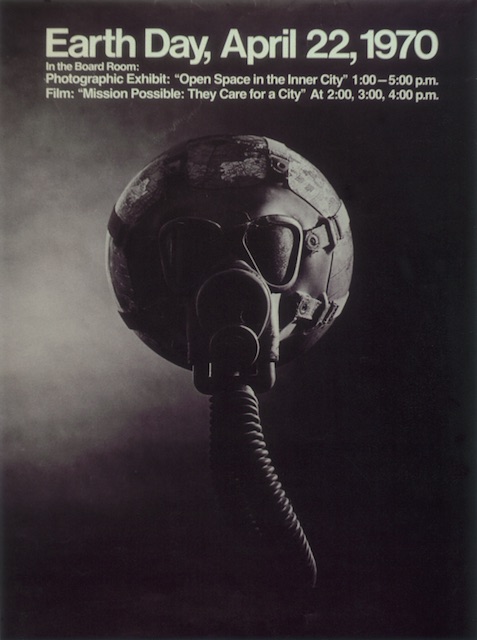 46 years ago, I witnessed the first Earth Day.

In 1970, I’ll bet most people reading this weren’t born, or even a blip on their parent’s radar.

I, however, was smack dab in the middle of three momentous and historic movements.

I was in the Black Panther party, working in the anti-war movement, and starting to dabble in the fledgling women’s movement.

Suddenly, we were confronted with an issue that would become global and eventually impact everyone and everything on Earth. Because of a massive oil spill in Santa Barbara, Earth Day was born. Twenty-million people were galvanized and believe it or not, it was completely bi-partisan. Democrats and Republicans who disagreed on civil rights, the Vietnam War and women’s rights, worked together to promote clean air, water, and sound environmental policies.

The EPA was founded out of the concerns of those who organized and participated in the first Earth Day. And for a few years, we thought we would win the battle for the environment. We were idealists and really did think we could save the world. It was still the Age of Aquarius.

By the mid-1970s I was living in the environmentally friendly bubble of Santa Cruz, California, where we were already recycling, conserving water, shopping at flea markets and up-cycling, riding bicycles instead of driving, and shopping at natural food co-ops where we bought our staples out of wooden bins.

In the late 70s I moved to one of the most beautiful places on earth—where the land, air, and water were as pristine as you could possibly imagine—Aberdeen, Scotland. We took our own string shopping bags to the market when we shopped. Plastic bags cost three pence. Refrigerators fit under the sink so there was almost no food waste. No wonder I was lulled into believing the battle for the planet had been won.

But by the early 1980s, when I returned to the US, the age of greed and consumption had taken hold with a vengeance. And it was downhill for the environment from there. Easy credit, big box stores, Lifestyles of the Rich and Famous on television, all conspired to promote consumption and the image that everyone could have everything and to hell with conservation.

The environmental movement began to gain momentum again in the 21st century. So as 2016 begins, I’m thinking ahead to April 22, when millions of people around the world who care about our shared mother will once again participate in what has become an international day of homage to our planet.

But let’s face it. The problems that are plaguing the environment have gotten bigger and can’t be solved by small acts of individuals like you and I—right? We know now that we can’t recycle, up-cycle and bicycle our way out of the global impact of climate disruption.

That said, neither did the small acts of Abolitionists who agitated and aided the Underground Railroad end slavery. Nor did the brave citizens who sheltered their Jewish neighbors in Europe prevent the Holocaust or end World War II. They did what they did because it was the right thing to do.

On December 12, 2015, at the 2015 United Nations Climate Change Conference, 195 countries agreed to reduce emissions and to do everything possible to keep climate change to below 2 degrees centigrade. Fifty-five of the countries who produce over 55 percent of the world’s greenhouse emissions must ratify the agreement by May of this year, for it to become binding.

Can you reduce your consumption? Just stop buying so much stuff. Do you really need that new__________________ (fill in the blank)? If you’ve never watched The Story of Stuff, you really should. It’s a real eye-opener.

Do you spend more time in a car than you need to? Can you walk or ride a bicycle to a destination you usually drive to. Find out what the walk score is for your home.

How much food do you waste and throw away? It’s estimated that Americans throw away half of all the food that is produced in the U.S. This food waste ends up in the already at-capacity landfills around the country. News flash! Food in landfills does not biodegrade. Plan meals. Cook twice a week and freeze food.

We can save the planet. I still believe that.

“Never doubt that a small group of committed citizens can change the world; indeed it is the only thing that ever has.” ~Margaret Mead