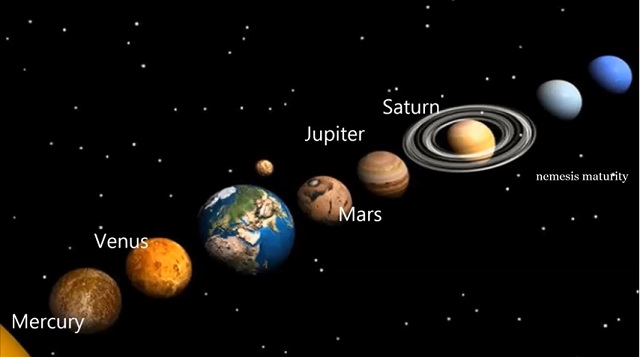 Beginning Jaunary 20th and lasting until February 20th 2016, all five visible planets—from left to right Mercury, Venus, Saturn, Mars and Jupiter—will be visible to us, in the early morning sky, for the first time since 2005.

The captivating pre-dawn planetary conjunction will be visible from the horizon to the moon—providing amateur astronomers with a rare spectacle.

The incredible sight, which can be seen by sky-watchers all around the world, will begin with Jupiter appearing late in the evening. Mars is next, around one to two hours after midnight, and Venus and Saturn will rise above the horizon approximately two-and-a-half hours before sunrise. Mercury will be the last planet to appear, becoming visible low in the southern-east sky, about 80 minutes before sunrise at mid-northern latitudes.

By Friday January 22nd, Mercury will become more visible when looking southwest, five degrees above the horizon. This is approximately the width of the three middle fingers, when holding them out together at arms length. Each day throughout January, Mercury becomes easier to identify—becoming clearer by the end of the month.

The planets are aligned roughly along the ecliptic, which is the highway the sun travels along throughout the day. If you hold your arm up in a straight line, from the horizon towards the moon, the planets should fall in line with it.

To get the best view, planet-gazers should look up just before the sun rises, while it is still quite dark. If possible, choose a dark place to view from, as when there is limited light pollution, it is much clearer to see the planets. Also, ensure there are no buildings or trees obscuring the view.

Venus—which is approximately 12 times brighter than Jupiter, is the brightest and easiest to see on the southeastern horizon when the sky is clear. Jupiter is the second most visible. Mars is a little more difficult, as it is 250 times less bright than Venus, although it should have a significant red glow which helps it stand out. Mercury is the faintest and most difficult planet to see, and it is also closest to the horizon, so there is only a small window opportunity to view the five planets in line before the sun rises.

The waning crescent moon towards the end of January is the most helpful indicator when spotting the planets, as it travels in alignment with each of the celestial objects, brightly passing each planet by.

Although the planets will be visible with no equipment, binoculars and telescopes can be used to view the planets in more detail.

Every planet orbits the sun, though they all do so at different times. The alignment will occur when they are all at around the same point in the sky when we look up from earth.

The planets appear closely grouped together, however, they are actually millions of kilometers apart from one another. To discover how far each planet is from earth and the sun, click here.

These types of extraordinary celestial events allow us a unique opportunity to see our neighbours in the solar system without requiring a textbook.

Although the planets look as though they are lined up, it is an illusion, as it is just our perception from here on earth. The planets are dotted around one-quarter of our solar system, so they are actually far from aligned from an extraterrestrial perspective.

Downloading one of these stargazing apps to a smartphone helps with identifying this phenomenon and also provides plenty of educational information about each planet.

For those in the Northern Hemisphere it is best to look southwards before sunrise, approximately 6:30-6:45 a.m.—looking for Venus first and then trying to locate the others along the line. The planets appear to line up in an arc between the horizon and the moon.

Astronomers will be out in force, watching closely to see this spectacular light-show of glowing orbs.

Although it will be chilly outdoors early in the morning, it is worth gathering family or friends together to witness something special happening in the skies. Observing planetary activity it is the perfect excuse to take us away from our day-to-day world here on earth and marvel at the amazement of everything that is going on around us.

To view the best time to see the planets click here.

The “Starman” has his Own Constellation & You can Add a Star to It as Tribute.