Functional vs. Dysfunctional Relationships: How to Tell Which Kind We’re In. 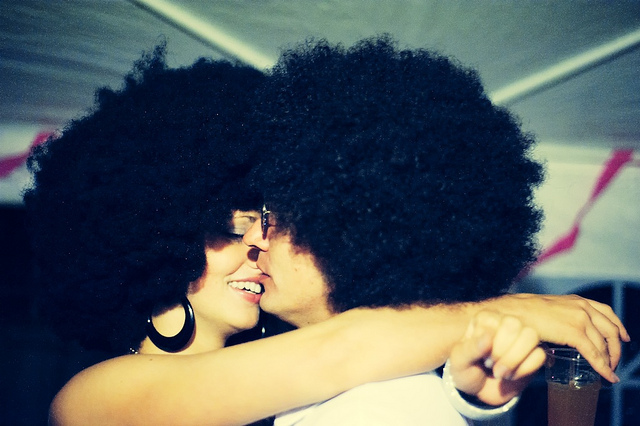 I grew up, like many people, surrounded by dysfunction.

This wasn’t anybody’s fault. Let’s call it a family legacy.

My family wasn’t divided up into “good” and “bad” people, but individuals who were ill suited to getting along well together, and as the years passed, their ill suited-ness grew like a cancer, infecting and distorting everything it touched.

I’m happy to say there has been significant healing, but the fallout from that age of maladaptive interactions has been profound—for me at least. I’ve spent the last 20 years, or the last 44 really, trying to clean up the toxic mess I was first involuntarily immersed in, and then chose time and again because it felt normal and comfortable.

It seems silly that we would rewrite over and over a past that was hurtful to us, and yet almost everybody does it, in an attempt to finally get the story right.

The upshot of this inconvenient psychological adaptation is that virtually everyone is trying to right past wrongs by engaging in what I’ll call an eternal do-over. Dysfunctional relationships then become the norm rather than the exception and as such, we have very few examples of, or exposure to, truly functional relationships.

If that is true, just how the heck are we supposed to know what is healthy and what isn’t?

I was fortunate enough to stumble accidentally into a relatively functional marriage after my wildly dysfunctional one dissolved in an apocalyptic melt down, and because of that stroke of luck I have now seen both sides of the story. I kind of feel like a explorer bearing news from a mystical world that most people think is a figment of their imagination, but I assure you, the fabled “functional relationship” is real.

Here are some ways to tell if you’ve found the promised land, or if you’re still stuck wandering through the desert.

In healthy partnerships we should:

This seems like it would be a given, but it isn’t. When we have no experience with what it’s like to feel safe, it’s hard to determine if we feel unsafe. “Un-safe” just seems standard, and “safe” seems like a fairy tale.

Is it impossible to imagine a relationship where you don’t feel judged, you don’t have to defend yourself, where there is not constant bickering or you’re not worried about setting off that hair trigger which might prompt an explosion either verbal or physical?

Then you’ve adapted to dysfunction.

Healthy partners can agree to disagree, without raising their voices. They rarely, if ever, resort to the silent treatment. They don’t attack one another, they try and listen. They don’t compete with each other, because they are on the same team. And they never strike out at one another physically.

If I had read these things during my bad marriage, I would’ve found myself rationalizing all of them. “Everyone raises their voices,” I would have thought to myself, “Who doesn’t give the silent treatment? People can be on the same team and still compete with one another. Everyone loses their temper and does stuff they regret now and then.”

It is the rationalization, even more than the “signs” of a healthy or unhealthy partnership that can give us deep insight. If we are rationalizing, we are trying to convince ourselves that something is right, when we know deep inside, that it is actually wrong.

As you read the next few indicators of a healthy relationship, try and listen for the subtle rationalizations that sneak up in your mind. Are you trying to convince yourself this list is dumb? That I don’t know you, so I don’t know anything? That no relationship is perfect?

Healthy partners get excited for one another’s success. They enjoy having friendships both as a couple and individually, and these friendships are non-threatening. They share life goals which complement one another. They can talk about money, sex and family freely. They say “I love you.” They can laugh and have fun together. They each trust that the other has their best interests at heart. They have a story, or a narrative, that is special to them about who they are together and what their relationship means. They don’t harbor anger or ill will. They can spend time equally comfortably apart or together, alone or in social situations.

There are many things I could add, but this list is comprehensive enough to weed out revealing rationalizations. On the other hand, if you can read it and just kind of nod your head and mutter “obviously” to yourself, you’re either with a great partner or you’re ready to find one.

Bad partnerships are all too common, and it’s no wonder. We’re all just doing the best we know how, based on what we’ve been exposed to in the past—but we are not doomed to endlessly re-live the pain we were born into. If we can believe that there is something better, and tune into that voice that tries to tell us something is good enough when it really isn’t, we all have a chance at health and happiness.

The 6 Types of Love: What Infatuation Lacks.

If you just drop something, when you shouldn’t, it’s not letting go, it’s karmic littering.