Growing up with Body Hair: A Journey to Self Love. 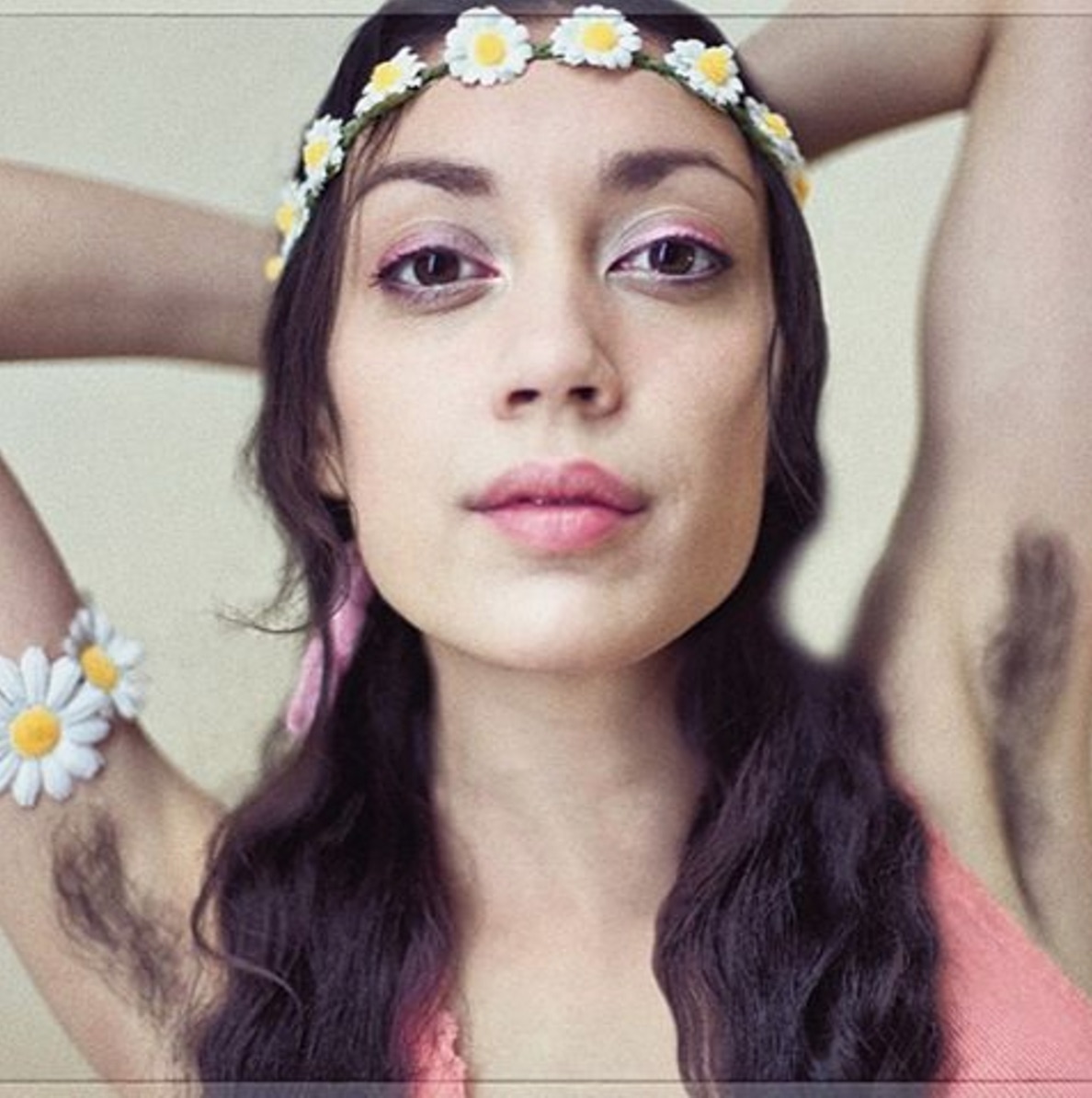 In elementary school I didn’t look like the other girls.

They had light skin and delicate noses and manageable hair of all different colors. The only other girl who looked like me was my best friend Genesis. She moved away in second grade. In fifth grade, I watched as my crush of three years gave a mix CD to my bully.

In middle school I wasn’t sure where everyone was getting their new, form-fitting clothing. I got out my mom’s sewing machine and redid the seams on all the jeans she had bought me until they choked my thighs. I took a dress I used to wear when I was six and made it into a mini skirt I would secretly wear to school. Someone told me one of the popular boys said I was hot; the Abercrombie-clad girls who looked at me from a much closer distance told me I really needed to start shaving my legs. They said it was easy; they said they didn’t even have to shave above their knees, because there really wasn’t any hair there. I did, though.

I think I was 12 when, at a girl scout meeting, the leader (someone’s mom) complimented my friend on her newly neat eyebrows, which she had recently shaved into submission. The girls proceeded to go around in a circle and, after examining every face, declared that everyone there had naturally perfect eyebrows…except for me. The leader said nothing. I went home and started plucking with blunt tweezers, pulling out everything I could.

Around the same time, my uncle told me I really needed to take care of my mustache. After plucking proved too painful, I resorted to using depilatory creams, which gave me chemical burns on my upper lip that I covered up with my $5 foundation from the drugstore. They never seemed to have one that matched my olive skin tone.

When I was 13, I got my period and my first catcall.

In high school, I shuddered in shame as my crush lifted up my shirtsleeve to see my tan and revealed my hairy arms. I promptly shaved them.

At 14, I got my first boyfriend and my first kiss. I took off my shirt in front of him, but only after removing the trail of hair from my navel to my jeans. It was not long after that, after several jokes made on the quad, that I realized I was not supposed to have hair on my vulva. I shaved that off too. My friends said it was easy; their hair was so fine that all they needed was a few swipes. I bled. I bled every time.

By college I had perfected my routine. I had saved up enough to get regular bikini waxes—full Brazilians, everything off—which my boyfriend appreciated so much that he once shaved his own pubic area in solidarity (but only once). I figured out how to wax my own face. The prior existence of hair on my upper legs, belly, arms, and upper lip was a secret only time without my tools would tell. I was hairless from the eyebrows down, and as far as anyone needed to know, it was natural. They could expect it from me. I made it my mission to get laser hair removal as soon as I could afford it.

Sometime last year, something switched. I found it odd that someday, if I had a daughter, her pubic area and mine would look the same: hairless. Prepubescent. I felt somewhat disgusted with myself, and stopped getting it all taken off at my monthly waxes. I started leaving some hair. It made me feel more real.

I began to realize that my eyebrows, though having grown back significantly since the middle school frenzy, were still being kept in a shape that was not their own. As I started to question what makes each one of us beautiful in our own way, I realized I actually did not know what my face naturally looked like. The fear from middle school and high school was beginning to dissipate, but the habits remained. I decided to let my face come back.

Last month, I began an experiment. I stopped shaving my underarms. It felt incredibly odd lifting up my arms to do my hair every day and seeing hair there too, but a part of me liked it. I felt real. I felt natural. I felt strong, and wild, and independent, because suddenly societal conditioning was not in charge of my body. I was.

Another part of me didn’t want to deal with the lingering looks. So a couple of days ago, I shaved them again. I lifted my arms and looked at myself.

That was when the weirdest thing happened. I looked at my bare underarms and I giggled. I was bald; I looked like a baby. It was so weird! Why did I do that? Because people might look at me? Because my boyfriend might think it’s weird? It was certainly not for any reason that I found valid at that point. I decided to let it grow back.

You are a unique expression of consciousness. You are an inimitable aspect of this universe, experiencing itself with wonder. Explore yourself. Embrace yourself. You are magic, you are a work of art, and you deserve your own unconditional love.

Let the decisions you make about your body come from that place in you that knows, beyond a shadow of a doubt, that you are beautiful just the way you are. 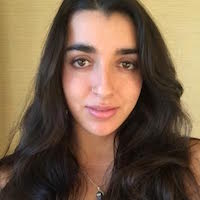