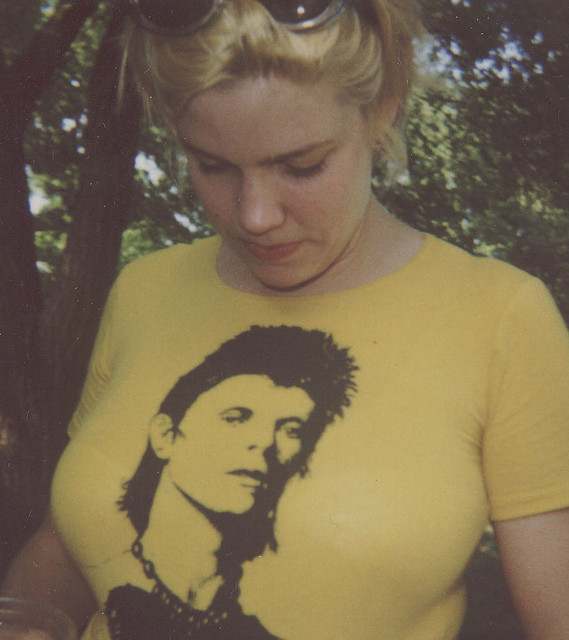 When I was 12 years old I’d already moved more times than I can remember.

This was the year I landed in Barrington, Illinois by way of Boston and before that Nottingham, England. I was perpetually out of step with everything and everyone around me—lonely, pissed off and brimming with the feeling that if I could just get up the courage, I might actually be somebody pretty special.

My brother was six years older than me, 18, my hero, but way too cool to give me the time of day—as any older brother would’ve been I suppose. He went to college shortly after we came to Illinois, and it felt like one more loss. I was left behind in a big empty house, my father constantly traveling for work, my mother trying to manage her own sadness.

I got into the habit of creeping into my brother’s room—a room he had barely lived in—and trying to get inside his head, or rather, out of my own. His room was filled with mysterious smells and objects, like a black fedora with a marajuana leaf pin attached to the brim. That hat was just a gesture, my brother was really an upstanding guy who prized the status quo and would eventually go on to fly F18s for the Marines.

Among the other things in that lonely blue bedroom was a bookcase filled with hundreds of homemade cassette tapes organized with military precision. Each one had a neatly written label in my brother’s distinctive hand, and they were sorted alphabetically. Afraid that my brother would be able to tell I’d messed with his stuff, I surreptitiously slipped out one tape at a time, and listened to it secretly on a boom box my father had brought me back from Japan. Adam Ant, The Cars, Devo, The Pretenders—I teased them out one by one in no particular order, committing each one to memory before I carefully slid it back.

The very last tape in the bookcase was Ziggy Stardust. It was on the bottom, tucked away in the shadows. I hated the name of it—it sounded stupid to me—so I avoided it for the longest time. Finally, having listened to just about every other cassette there, I broke down and snuck out that one. I can still remember the opening chords, not just how they are, but how they sounded to me on that 12 year old day. The raw intonation of Bowie’s voice, the odd non-musicality of it, like a Doctor bird calling from the top of a faraway cliff.

I memorized, not just every word of that album, but every inflection, every pause, every hidden beat. It was the one tape I never put back—I couldn’t. I had to have it for myself.

I played that and eventually all of Bowie’s albums, which I would buy with the money I earned working in a pet store, constantly over the next seven years. Everyone else was listening to Madonna and Duran Duran, but I knew where the real magic was. I held Bowie close to my heart in secret places, listening as he sang all of his songs, my songs, listening with the sound down low, late at night, trying to smoke illicit cigarettes and lean far enough out my window to see the stars.

This was an age before the internet, and before information was so readily available—I really didn’t know anything about Bowie except for his work. I didn’t know he was a sexual maverick, a mold breaker, a malcontent, a post modern artist and a mystical shape shifter among other things. I didn’t have to know. Those are the things people like to talk about when they talk about him, but those aren’t the things that matter.

All that really matters is that he dared to be himself in a world that told him to be everything else, and he gave a lot of people the strange idea that they might do the same.

I was one of those people, and when we talk about who has influenced us and why we are the person we are today, I’ve got to give credit where credit is due.

When I discovered this morning that Bowie had died at 69, I had a terrible crushing feeling squeeze my heart. I can hear the news still playing in the other room, everyone is talking about it, playing bits and pieces of his music. He will be mourned the world over. But it’s more personal than that for me.

David Bowie was a friend to me when I was friendless, he showed me hope when I was hopeless, and light where it was dark. He’ll never know that, of course, and that’s okay. But for anyone else who is left behind and cares, he can add one more accomplishment to his already lengthy list—helping to save the life of one sad adolescent girl stuck in the infinite and unkind cornfields of the Midwest.

We Didn’t Just Lose a Musical Hero, We Lost a Rebel.