How I Learned that My Weight is Not My Worth. 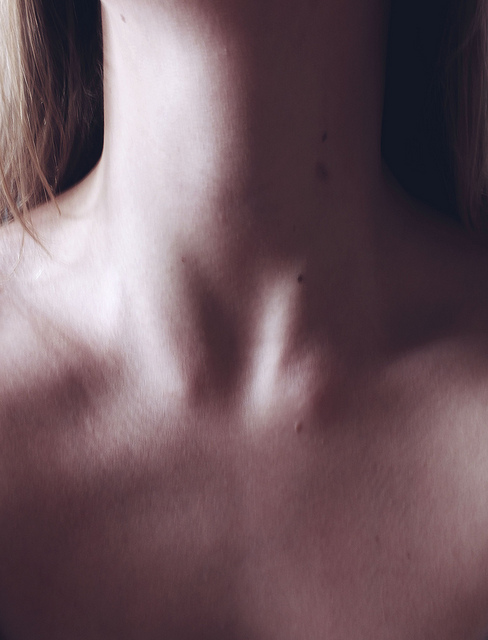 Throughout high school, my friends thought I had bulimia.

Every day, in the last few minutes of lunch, I would go to the bathroom, and return to the table chewing gum. It wasn’t until someone asked, “Kerry? When you leave, are you throwing up?” that I realized how my routine looked.

Though I assured them, honestly, that their worries were unfounded, they never seemed to believe me.

Now, over fifteen years later, that concern seems like foreshadowing.

It’s as if my friends knew: in my early adulthood, I would come to consume, plan, and react to calories in decidedly unhealthy ways. For years, toxic relationships—with food, and myself—would lead me to strain my body to the point of abuse. And for years, shame would prevent me from admitting this pain to anyone—even my friends who had seemingly predicted it.

I refused to seek professional help, so I don’t know if I would have been diagnosed as having an eating disorder. The wisdom of hindsight, however, has elucidated—while it was my lack of self-worth that sparked those hurtful years, shame spiralled them. Shame lured me to the illusion that I was alone in a struggle that absolutely must be kept secret.

Shame initially slithered into my life when I was a sophomore in college. A year prior, I felt no trace of it: I not only avoided gaining the rampant Freshman Fifteen, I actually lost at least that much. I had a healthy relationship with my body. I liked the way I looked. But I began to gain the weight back the next year, and with each returning pound, felt heavy with failure.

I so disliked the way I looked that I became frantic to change it. Self-starvation never crossed my mind, and using laxatives or forcing myself to vomit scared me; instead, I pursued weight loss through ostensibly healthy routes. I read up on which foods to eat, and which to avoid. I researched the most effective workouts. I tracked my progress by keeping food and exercise journals, and weighing and measuring myself regularly.

For many, I hope, these methods are harmless and efficient ways to manage weight. For me, though, they became insidious. My commitment to healthy eating and disciplined workouts was so constant that even potential disruptions to these routines caused me to panic. My emotions would churn through a debilitating cycle of anxiety, guilt, self-loathing and despair if I had dessert without fitting in an extra workout, or ate too late at night.

The answers to two questions dictated my daily decisions: “How will this impact my eating?” and “When will I be able to work out?”

Shackled by shame, I had become trapped by my desire to lose weight.

Once, in college, I couldn’t study for an exam because I felt haunted by what I had eaten for lunch. Gripping a textbook I could not read, I saw for the first time—this hurts, and I wish I didn’t feel this way. In grad school, a dear friend tried to hold me to a more reasonable workout schedule, so after that, I just lied to her about how often I went to the gym. Months later, while out to dinner with my family, I left the restaurant before we had even ordered; I had not exercised yet that day, and couldn’t justify eating before I did. I remember lifting weights that evening, crying.

Clearly, this had become about a struggle more profound than weight loss. My battle was about more than a number on a scale: what I ate, and how often I worked out, began to measure my worth. In my mind, the more calories I consumed, the less love I deserved. And because shame—the silencer of insecurity, the enforcer of alienation—made my decisions for me, I shared this fear with no one. If I had, they surely would have shown me its fallacy, and freed me.

I didn’t dare challenge this shame, though, so I succumbed to its false narrative: I only mattered if I lost the weight again. My heart of hope, ease of laughter, and voluminous compassion did not determine my character; my workout regimen did. The same body that enables me to catapult across continents, allows me to serve others freely, and never limits my options should be valued only when it was a particular shape and size.

Shame told me I did not deserve to nourish or nurture myself.

But here’s the thing: shame is a liar.

Just as my descent into this self-imposed cage happened almost without my noticing it, so did my ascent out of it. I do not recall an intentional choice or vow to change, but I do remember feeling weary. I remember musing: life is robust, but I have been living in its scraps. Gradually, but earnestly, I began wanting more for myself.

I began standing up to shame, and shedding myself of its grip.

Part of me thinks back on those years of torment, and wishes I could have spared myself that pain. It hurts to recall how much I demanded of myself, how little I valued my body, and even my spirit. I wince when I remember the power shame had over me, and how rapidly, resolutely, it would taunt me. It alarms me to think of all the time I wasted fixated on food and fitness, and all the energy I spent loathing who I am.

But another part of me thinks about those same years, and feels almost grateful for them. After having abused my body for so long, I now treat it tenderly, if not reverently. While I still push my body when I work out, now I also listen to, and honor, it. I finally cherish my body as the vessel with which I voyage through life, and am committed to its well-being.

​​I still struggle with my self-worth sometimes—not as frequently or intensely as I did, but I still have moments of wondering why, or if, I matter. But even then, I never take it out on my body.

Now that I have learned the slow lessons of self-love, I am determined to live always in their light.​