How One Man & Thousands of Strangers Inspired Me to Change my Life. 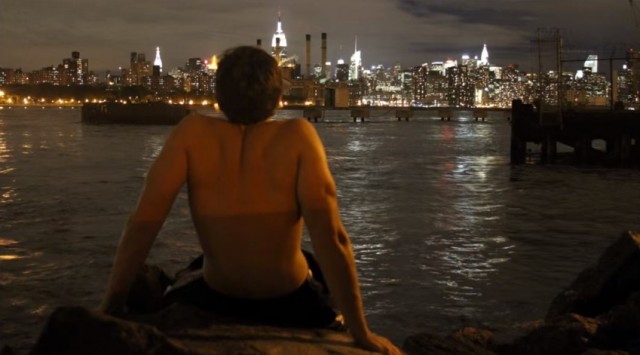 How are you? What do you do for a living? Where do you live?

These are the first questions most strangers ask me. My answers are usually: “I’m good. I work for a healthcare company. I live outside of Boston.”

Do my answers reveal anything about me? Do you feel inspired?

What if we asked each other more insightful questions like: What’s your greatest struggle right now? What’s your happiest memory? What are you most proud of?

These are the types of questions Brandon Stanton, the photojournalist behind Humans of New York, has asked thousands of people. The answers to his questions, which can be found in his #1 New York Times bestseller and Facebook page with more than 16.5 million followers, are inspiring change around the world.

When asked who has stuck with him the most, Brandon recalled asking a 100-year-old woman, “If you could give me one piece of advice, what would it be?”

She answered, “When my husband was dying I asked: ‘Moe, how am I supposed to live without you?’ and he said, ‘Take the love you have for me and spread it around.’”

With that one question, this woman revealed a deeper layer of herself than she would have if Brandon had just asked “How are you doing?” The selfless love she received from her husband left her with a renewed purpose—to spread love to those who cross her path. I believe she inspired Brandon, and us, to do the same.

Brandon interviews mothers, fathers, teachers, students, veterans, refugees, writers, artists, attempted murderers, bank robbers and more. Each person has a story to share and it’s usually not what we expect. Why? Because he doesn’t ask superficial questions. He asks the difficult—sometimes painful—questions that encourage people to share on a deeper level. These stories hit us right in the gut, because they’re something we may have experienced or felt or imagined.

The ripple effect of this storytelling is enormous. For every human brave enough to share a story with Brandon, I believe an even greater good comes from it. Someone about to give up on their dream felt re-inspired, someone being abused by a partner walked away, someone touched by a tragedy donated time or money. And the reason for this endless impact is in the questions.

My answer would be: “I’m working to build my confidence back up after feeling like a complete failure last year. Not only did my marriage end after only two years, but I also got fired from my job. Love and work were always so important to me. What happened? I’m struggling to stand up again after falling down—twice.”

This question made me reveal something that I would not have shared otherwise. Now that I’ve opened myself up, you might ask more insightful questions. We might even get to a point where you’re helping me build my confidence up again. This wouldn’t be possible if we carried on with polite conversation.

Another unique result of asking insightful questions is that everyone will have a different answer, which helps us gain perspective. Compare my answer to this man with one arm carrying a large bag down the street. Brandon asked him, “What’s your greatest struggle right now?” His response: “No struggles.”

But the theory of inspiring change by asking the tough questions will only work if we also listen to the answers with an open heart and mind. While the political debate about refugees often centers on fear and discrimination, Brandon stepped right in the middle of that negativity to ask Syrian refugee families to share their stories with Americans. He didn’t have a political agenda, he just did what he always does—ask questions that open our minds and give us the perspective we lack. He also crowdfunded more than $760,000 to help these families start over in the U.S.

Last year, Brandon shared a series of photos and stories from the residents and staff of the Win Homeless Shelter that opened my eyes to the reality of homelessness. I’ve since learned that families are the fastest growing segment of homelessness and the average age of a homeless person in the state of Massachusetts is eight years old. A family of four making $26,000 a year—which in many cases equates to two full-time jobs—is above the poverty line and wouldn’t qualify for state shelter, but is not actually enough to afford housing. I wouldn’t have known or cared about this topic without the thought-provoking stories Brandon shared. I’m now a volunteer for an organization in my area helping homeless families with shelter, meals and career development.

What if we all made a conscious effort to ask more insightful questions and then listen to the answers with an open mind? Could we inspire change in ourselves and others? Try it and see what happens. 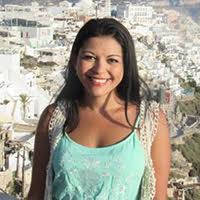