Making Peace One Year after my Father’s Death. 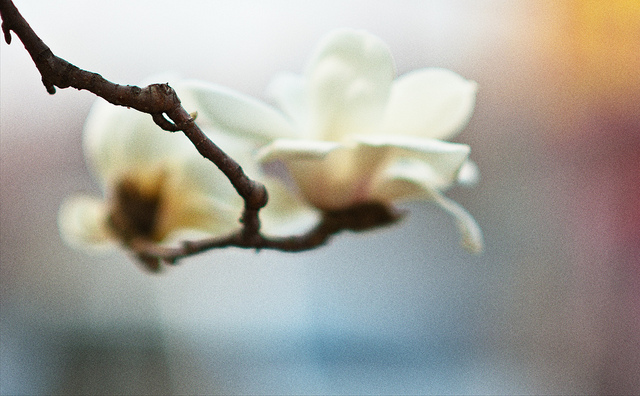 The month isn’t even over yet, and January 2016 could easily be called the month of unexpected deaths. Natalie Cole, David Bowie, Alan Rickman, Glen Frey, Rene Angelil—all of these public figures seem to have died unexpectedly.

The fact that many of them died of cancer was especially poignant to me. Even before these deaths occurred I was thinking about cancer and death, because the end of this month marks the one-year anniversary of my father’s passing from lung cancer.

Like Bowie and Rickman, my dad chose to keep his battle private. Besides myself, his sister and a few other people, he kept his diagnosis to himself and tried to carry on with his normal life as best he could.

For over three years, it worked. Thanks to medication and a round of chemo, my father more or less maintained a semblance of normalcy. Indeed, if you had passed him on the street, you never would have known he had cancer until the very end.

It was at the very end that he became weak and drastically lost weight. “Skeletal” is how his nurse put it.

I took her word for it, because I wasn’t there to witness it.

For the last three months of his life, we became estranged.

It had happened before, but never had it been this dramatic. Without going into too much detail, I was the one who cut off contact. I was seven months pregnant with my second child and decided I didn’t need the additional drama on top of an already high-stress pregnancy. I assured myself we would have time to make up. After all, he had hung on for three years with Stage 4 cancer.

Although I knew that he would eventually succumb to his illness, I didn’t think it would be so soon, or at the very least, I thought I would have a warning.

As it turns out, I was wrong.

My father was wrong, too.

Apparently, he wasn’t even aware the end was so near. He was found on the couch of his apartment. He had just returned home, was still wearing his coat and had his wallet in his back pocket.

I thought that after I had him cremated, donated his meager belongings to charity and cleaned up his apartment that everything was said and done.

I thought I could finally move forward.

However, the truth was a lot more complicated.

In the year that followed, I felt at times an odd mixture of relief, sadness and anger. At times I experienced all these emotions at the same time.

I had a lot of anger at myself, namely for not swallowing my pride and calling him those last weeks, but I also held a lot toward him for not being the father I needed—both as a child and as an adult.

Then there were the times when I seemingly forgot that he had died. One notable example was the first time my son started to crawl. I thought, I’ve got to tell Dad this, and then it hit me: There was no more Dad to tell.

Indeed, my father never even met his only grandson, and nothing would ever change that.

If there is any lesson to take away from all this, it is that death isn’t a process with a clear beginning and end. While we may move on from it, we never truly get over it—at least not in my case.

While I, along with many others, mourned the loss of many beloved public figures this month, there was a small amount of comfort in knowing that at least I was not alone. While my dad may not have been a famous rock star or actor, like them he left behind family and loved ones. He mattered in his own ways, and as with them, those he mattered to must adjust to the fact that he’s no longer around.

In some ways, the argument can be made that it was a bit easier in my case, because at least I didn’t have the glare of the public eye on me. However, any of us who have ever been there can say it’s hard.

For those who are wondering how they can help or “do something” for someone who has recently lost a loved one, I offer this advice:

It may seem like little or nothing, but in many cases, it’s the most we can wish for them.

And if like me you’re on that journey, try to find that peace no matter how many unexpected places this journey may take you.

What my Father’s Last Days Taught me about Grief.