Never be Alone on Valentines Day Again: a Powerful 5 Step Visualization to Attract “The One”. 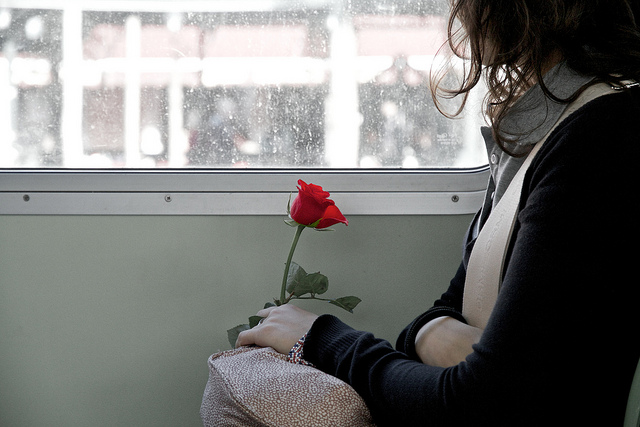 How have celebrities like Oprah Winfrey, Will Smith and Jim Carrey used visualizations to create, dare I say, “unimaginable” success?

They often share about how they first visualized that success. And they’re not the only ones.

From A-list stars to regular ol’ wonders of creation like you and me, visualizations have played a pivotal role in many people’s most outstanding achievements. Even scientific research is validating the immense value of visualizing and mental imagery to our health.

Jim Carrey’s story is one of my favorites. When he was a struggling actor, he spent time every day visualizing his success. He would go to the top of Mulholland Drive and imagine respected executives and movie directors becoming interested in his work.

In another powerful exercise, he carried around a check made out to himself for “acting services rendered” in the amount of ten million dollars, with payment rendered in three years. Shortly before the end date of that check, he received a movie offer for just that amount. Oprah’s interview with him about it is one of my faves.

Here’s the thing—we all visualize every single day.

But aren’t self-fulfilling prophecies supposed to be bad?

Well, they can be! Let’s say I grew up in a home in which my single dad’s mantra was: “You can’t trust women.” There’s a good chance that I would come to believe that I really can’t trust women. Well, how do you think it will go when I try to find a woman to trust and love? Do you think I will find The One? Or is it more likely that I’ll find a fair share of Not The One’s?

But self-fulfilling prophecies can also be good.

Using the same technique we’ve always used (repeating and reinforcing an idea), we can create a new belief pattern. And this is great news! We have so much power, right here in this lil’ sack of neurons between our sweet little earlobes, to change our way of thinking.

Visualizing is one of the most effective, self-empowering tools we have.

With consistent effort, it only takes a fraction of time to create a new belief and fulfill our heart’s desire. When we begin to consciously direct our thoughts each day with visualizations, our lives begin to flourish.

I’ve experienced it in my own life and I’ve witnessed it in the lives of clients who have found homes, better health, jobs, hundreds of thousands of dollars and even soulmates.

My client Lindsay’s story is one of my most loved. On the outside, Lindsay had it all. She was an attractive thirty-something woman with a great job, earning a great income and living in her own condo in L.A. She appeared to be happy in her life.

However, after a string of difficult (and even one abusive) relationships, illness and the sudden passing of her father, Lindsay began to suffer from depression. Life was catching up with her and she was fully realizing a deep unhappiness that had been lurking inside.

But in fewer than five months of consistent visualizations and other release work, Lindsay made a one-hundred-eighty degree turn. She began truly loving, accepting and appreciating herself for exactly who she was. And this created a deep well of happiness and contentment within herself. Shortly after, the man of her dreams came waltzing into her life.

And when I say “the man of her dreams,” I mean that literally. The man she visualized, the conversations they would have, the acceptance they would both have for one another and the love they would experience—it all came true for her, just as she had imagined it.

As a bonus, her stud of an Air Force pilot soulmate made the most loving twenty-minute proposal video for her. Lindsay’s heart-blazing story is just one more example of how we all have the ability to completely transform our lives to have what we truly desire.

Visualizations are one of the most powerful tools we have to overcome competing beliefs. They help us create a crystal clear picture of our intended outcome.

But we have to be consistent.

We can’t be tempted to give up too soon. We live in a pop-a-pill, Google-the-answer, immediate-gratification society. But to overcome a competing belief, we need a sustained, consistent daily effort. Practicing a visualization for one month ain’t gonna’ cut it.

Just like Jim Carrey did, we have to keep the dream alive and imagine it every single day until it becomes our reality. With this kind of commitment, it will be a much quicker road to success in finding The One.

The five steps for creating your own visualization to find The One (or anything else you desire in life):

Step 1 – Begin by writing down a clear description of what you’ll be feeling and experiencing in your most loving relationship.

Forget the specifics of exact height, weight and eye color. When you use those kinds of specifics, you leave little room for expansion. And this can prevent life from providing something far beyond your wildest dreams. Instead, write about how physically, emotionally, soulfully and sexually attracted you’ll feel to one another.

Designing a dream relationship around experiences instead of specifics allows for the most expansive picture to unfold. So—

What experiences will you have with this partner?

How will you feel around them?

How will you love them?

How will they love you?

Is your relationship a healthy balance of connection and space?

Do your opposite traits complement one another well?

Make sure that all of these are mutual experiences.

A perfect example of this expansive style of visualizing is my mother’s story. She used to visualize living near the beach with her soulmate. At the time she lived in Rhode Island and would often visit the beaches there. Little did she know that she would one day be living a few minutes from the beach on Maui with her soulmate.

Step 2 – As you write down all your juicy details, write them in the present tense.

When we use the future tense, our dream remains in the future. Instead, use “I’m now experiencing…” or “I’m now loving…”

Step 3 – Make sure to visualize yourself in the picture.

Describe the experience of your different senses in the visualization. Are you smelling anything? What are you seeing? What are you hearing? The more richness you can add, the more real it becomes for you.

And add your feelings!

This is a crucial element. You must feel appreciative and loving while visualizing. Using a great visualization while feeling the pain of not having it in your present reality can keep you stuck here. One tip is to start your visualization by imagining another time in your life when you felt incredibly happy, so you go into it with that feeling inside you.

And I mean every day. This is where the real “work” is. Anyone can follow the first three steps for a temporary feel-good feeling. But for successful results, you need to practice. To maximize your results, you can practice more than once a day.

Once you’ve completed the first three steps and have a clear picture in heart and mind, take time each day to fully imagine what you wrote down. The picture should be the same—or very close to the same—each time you visualize it. It’s a storyline that plays out in your head, like when you imagine yourself having a conversation with your boss about a new project, or your friend about an upcoming event. But this time you are fully imagining your experiences with—and feelings for—The One.

For added benefit, record yourself reading the story you’ve painted aloud—then listen to that every day.

Step 5 – Let go of how and when it will all happen.

It may happen tomorrow or next month or next year. It could be that, to find The One, you first have to learn one more thing about yourself so that you’ll be completely ready. Just know, it will come to you.

To better understand visualizations and how they work, here’s a short but powerful video:

Do This One Thing to Finally Find The One.

Why we Attract the “Wrong One” & How Simple it is to Stop. 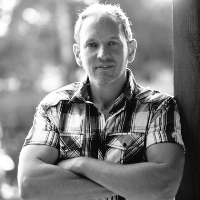