Self-harm & the Challenge to Unconditional Love. 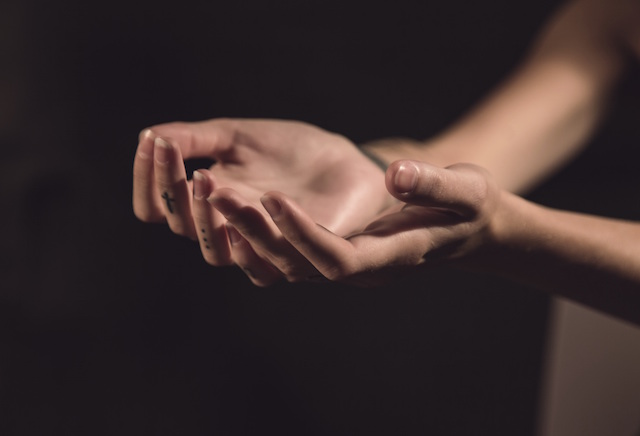 The woman sitting opposite me has come for help.

Her desperation is tangible; so is her impulse to run. Even as we’re talking together I can see the ambivalence in her eyes. Her voice is trying to show me she badly wants to fix this, but her eyes are telling me that she’s terrified of fixing it.

The vulnerability and longing in those eyes, when they meet mine for the briefest of glances, reveals a depth of pain that makes me momentarily hold my breath. She wants me to see it, but wants to hide it from me at the same time.

She’s utterly paralysed. Her fear of staying in the room is matched in equal measure by her fear of leaving. Right now, I have no idea which she’s going to choose.

Niña and self-harm are very old friends. Already, it’s with us in the room.

And every day, the familiar ritual of dealing with it alone, in the privacy of her own room. Along with the same ambivalence, this time between soothing and relief versus revulsion and self-loathing. An endless struggle to regulate and deny that inevitably ends in the only way it can. In the way it always has.

Some days, Niña will starve herself to the point of being in immense discomfort from cramping pains in her stomach. When it gets too much, she’ll raid the fridge and cupboards looking for every “forbidden” food she can lay her hands on, eat it all until her stomach’s so full she feels bloated and in pain, and then stick two fingers down her throat so she retches and vomits. There’s no relief in this, only disgust.

Other days, Niña will pace endlessly, trying to distract herself from the impulse that’s growing stronger and stronger, knowing all the while that she’s going to lose the battle sooner or later. Then, amidst a huge sense of failure, she’ll go to the drawer and take out the sharp knife that’s waiting there. Then she’ll cut into her arm, or her thighs, deep enough to cause significant pain and draw blood. The calm this brings, and the euphoria, is immense, even if it’s short lived. And the ritual of washing the wound, massaging cream into it, and bandaging it, is one she almost looks forward to.

Niña’s been admitted to hospital several times after overdosing, and she’s ended up in a police cell a number of times after drinking heavily.

It seems to her that she’s one of society’s rejects. In fact, a reject—full stop. One of the Unlovables.

Niña sits huddled on the edge of the chair, sleeves pulled down right over her hands. I can just make out the bandages underneath. She wants me to see, yet not see. We’re already in the game. She tells me about Christmas with her family, apologising for the tears that are appearing against her will. She’s angry that her pain is visible. It’s an intrusion, a giveaway, shaming; she’s also worried they’ll make her seem weak, that I’ll despise her. And that seeing them will give me the power to use them against her. Niña’s used to the way this goes. She’s unlovable, remember?

She tells me she’s come back from her family early. She couldn’t stand the pretense any longer. The effort of having to be bright and cheerful all the time. She tells me that over the years she’s had lots of people try to help her, and that each one has given up. Her parents are now fed up with her too. She says she feels “abandoned” and finds herself wanting to prove to everyone just how ill she is by losing lots of weight. That no-one understands. That everyone loses patience with her sooner or later.

I say how desolate and lonely that all sounds. I also voice what we both know she’s weighing up as she says that: that she believes that I’ll lose patience with her, too. She nods.

And the truth is that there’ll be a part of her, a powerful part, that will want me to do exactly that. A part that will want the satisfaction of proving that yet another human being she reached out to has let her down, washed their hands of her. That, once again, she’s been too much! Unlovable.

I voice that, too. We need to keep speaking it, making it all conscious. Every step of this journey—however long it may last—this ambivalence is going to be there for both of us. Niña’s going to see to that. She’s going to test this relationship out every way she knows how; she’s going to set it up to fail. It’s going to be a long and bumpy road. This courageous woman who’s found her way to my therapy room is going to challenge both of us in ways neither of us anticipate. If she stays, helping her will be one of the most difficult things I’ll ever do; if she stays, I’ll be one of the most puzzling people she’s ever met.

For both of us, this isn’t simply a journey between a client and a therapist; for each of us, it’s a spiritual journey too. Niña’s one of the bravest souls I know. I hope l don’t let her down, that I’m up to it. She’s going to push me to the limit and beyond.

See, this isn’t about self-harm. Not really. It’s about the big things underlying it. Know what Niña’s really looking for? Unconditional Love. Please don’t hear that in a gooey, sentimental way. I’m not talking tea and sympathy here. If she got that, Niña wouldn’t stay beyond three weeks. Instead, hear it in a gutsy, tough, uncompromising way. Where one human being tests out another till they push them to remember who they really are. Both ways. Niña’s going to make me look at my shadow side afresh, just as I’m going to invite her to face hers. If we see it through, we’ll both move beyond the mistrust and conditionality, the ambivalence we’re both feeling right now, into a place of acceptance. Of each other and of ourselves.

And if we can do that—and who knows at this stage if we can—we’ll have burst through into something else. We’ll have tasted our strength and our vulnerability, and we’ll know that there’s nowhere to fall. And certainly no such thing as failure. We’ve both showed up for this, just like we promised way back, before. Two divine beings here for the experience of what it is to be human for a while, challenging each other to remember unconditional love. The Love we really are. Beyond the illusion of “unlovable.”

And it doesn’t only happen in the therapy room. It happens all the time. With everyone, to everyone. Every single day. Wow, doesn’t it make you think, all over again, about this amazing adventure we call life?

20 Alchemist Quotes to Revive Your Faith in the Universe and Yourself.