The Start of my Journey with Restorative Yoga—my Safe Space. 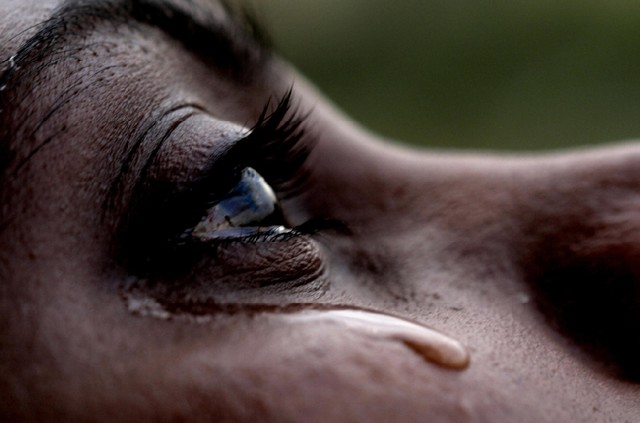 Days and nights blurred into one another as I lay on my bedroom floor in a fetal position, swaddled in a blanket of paralysing grief and despair. The worst thing that could ever happen to me had happened—a precious child of mine had died.

That moment, that very second in time that I laid eyes upon my son’s lifeless body, “I” was no longer. Disorientated. I could not find my way out of this horrible immobilizing fog, until the morning my girls phoned to arrange with me to meet them at the local yoga studio to try a restorative yoga class together.

Little did I know at that moment, that this class would turn out to be the first glimpse at a faint light flickering far off in the distance.

“Great idea,” I responded, trying to energize my voice and sound positive, “See you there.” Changing into my yoga pants I buckled to the floor again. I was not having a good morning. As the time approached for me to get into the car, I struggled. “I don’t think I can do it,” I thought as I wrestled with my extreme fatigue but I couldn’t contact them as I knew that they never took their phones into the studio. The very thought of my girls, their faces, their voices, playing out in my mind, worried, upset by my absence, was all it took. I hauled myself up, quickly brushed my teeth, and I was in the car. I need to get there.

I had made it. I had arrived at the yoga studio.

The receptionist hastily directed me to the Earth room. Glancing up at the clock, the hands were almost perfectly aligned at twelve. The restorative yoga class that I was aiming for started at 12. Hurrying down the hall, nearing the Earth room, I saw a woman dressed in flowing clothes standing in the doorway with her hand on the knob, getting ready to close the door. She smiled and greeted me with a warm welcome and gestured me into the room. This was the teacher. While apologizing for my late arrival I noticed her serene glow. Just being in her space made me feel better somehow.

The room was full to capacity. Rows of heads whipped around to see who the disruptive straggler was. Feeling small and exposed and almost ready to bolt, I hear “Mom!” A wave of elation runs through me. Those voices are my offspring. There at the far side of the room against the wall were my girls sitting crosslegged on their mats; this was everything I needed. They are the most beautiful girls and how thoughtful of them; they had remembered me saying that I felt more comfortable against the wall off to the side; it feels supportive and private.

Once I saw my daughters, I was so glad that I had made the effort to get myself up off my bedroom floor. Smiling relief spread across our faces as we absorbed one another. I was so proud and inspired by them for their braveness as unbeknownst to everyone else in that room I knew what it took for them to be there as I looked into their grief-filled eyes.

We had just recently joined the yoga studio acting upon my doctor’s suggestion that yoga was proving to be effective in times of trauma. At our previous class, a few mothers had commented on how nice it was to see mom and daughters taking a class together; what a lovely sight and how they wished their daughters would do that with them. As I smiled and nodded I wanted to scream out what had happened to us; what had happened to Jason, the reason we were there.

So far we had attended a few Hatha flow style classes and I was quickly becoming convinced that yoga was not for me while I was in this fragile and fatigued state. The lack of strength to stand strongly, to balance in the various yoga poses was too much for my shocked contracted muscles. Trying to learn the many poses, the right way to do them, added more stress onto my already frazzled nervous system. I wanted to hide when I would see the teacher’s eyes on me as she started to weave her way through the other students with me as her destination. She would then correct my alignment by placing a hand on my shoulder and hip and invasively opening up my protective hunched up body. Of course her intentions were good and in normal circumstances I would have been very receptive but when you are “naked” and needing to protect your heart, it felt intrusive.

The one thing that did make an impression on me while in a Hatha class was that when I was in a standing pose with both feet firmly planted on the ground, the sense of connection became apparent. Then to focus on distributing my body weight evenly to all four corners of each foot gave me a new awareness of my feet, how they connect to the floor. The sense of body and mind was centering. The instruction of visualizing roots travelling down my legs and out through the soles of my feet, burrowing deep into the earth, was calming and I got a sense of stability. Most impressive was that while standing in the warrior yoga poses it became clear to me that this was what Jason was all about: the symbol of courage, bravery and strength.

I did eventually return to Hatha Yoga when I felt physically stronger but for now I needed a more gentle healing type of yoga so here I was today to try out this therapeutic style and the word ‘restorative’ was inviting.

This was to be our first restorative yoga class together. My girls had already secured my spot with the props I would be needing: bolsters, blocks, blankets, eye pillow. I noticed that some people had even brought their own pillows and cozy-looking blankets from home. With a flick of my yoga mat I was promptly down on the floor with a daughter on each side. Reclining back on a bolster, a folded blanket under the head, arms out to the side with palms facing up, a bolster under the knees, eye pillow placed on the eyes and lastly covered with a Mexican-type blanket we began the hour of coming together to be nourished.

The soft sound of tranquil music filled the room and the teacher started a breathing meditation. I felt apprehensive not knowing what to expect.

The idea was to observe the breath as it goes in and out of the body. The act of breathing was something that I had never really consciously thought about; I guess because it just happens automatically. Trying to become aware of it without controlling or changing it was challenging. I was wrapped up in judging wether my breath was either too short or too long, too gentle or too forceful, am I doing it right or wrong? This caused my breathing to become uncomfortable. Almost as if the teacher could tell that I was having difficulty, her timely suggestion of concentrating on where the breath enters the nose was taken in. This sensation was most profound. Concentrating on the area below the nostrils just above the upper lip I noticed that the air had a slight coolness when going in and and was slightly warmer when it came back out.

With the awareness and curiosity of gently holding the mind right there with each breath, a fleeting sense of ease ran through me. There was no right or wrong. Just to watch. No judgement. It is what it is. The soft chanting music began to wash over me. My mind was settling down. I felt different, somehow lighter.

As I brought this same curiosity and awareness to my whole body, noting the suspension and the release on the ebb and flow of my breath, I felt a layer of tension drop, allowing a release onto the support of the bolsters. It was a flicker of light from within the darkness made possible by using something so basic as my breath, which was always with me.

A wave of deep emotion surged. The loss, the pain, the deep sadness, the yearning, all came flooding back in with such tremendous force. I was shot right back to the outside of the labyrinth. When it was time to move to another pose we were instructed to gently come up to a seated position.

Upon raising myself up off the bolsters, there at my side had been placed a box of Kleenex. No word or expression from the teacher. When we went into the next pose she came over to me and gently placed an additional blanket on me which was incredibly nurturing.

I knew that I was in the right place, a safe space, and so my journey with restorative yoga began.

What the World Needs Now is Yin, Sweet Yin. 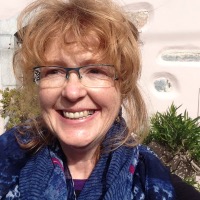