Why I Don’t Mind that my Child Uses Profanity. 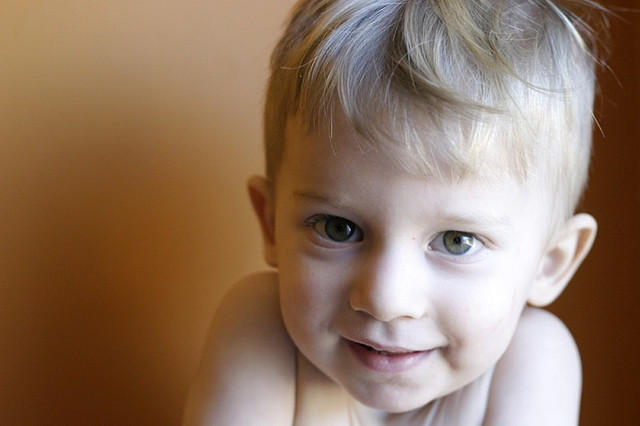 My son is quickly approaching two years old. He is learning all sorts of things very quickly, language in particular.

He has yet to actually use any sort of curse word, but everyone around me has made it clear that my dirty sailor talk is soon to catch up to me. To be more specific—I am encouraged by everyone around me to completely alter my everyday language so that my son does not copy my “bad habit”.

I know I am not alone in making this censoring-of-language shift. There are millions of parents busy raising the future generation, just like me. I would like to raise the question and encourage us all to ask: Why is profanity so bad? What is the taboo behind these words that causes society to cringe as a whole?

When people are asked to question why profanity may bother them, many sputter because they really don’t know why.  They may come up with the argument of sounding un-educated, being disrespectful or sounding negative—and of course, religion is often mentioned as well. One could even write a thesis on the etymology and history of curse words, but the most interesting part about being asked why profanity bothers someone is not the answer that they give—it’s the process that people have to actively think through in order to get their personal answer.

People are challenged to delve within and question their own beliefs, life experiences and thought processes when asked why profanity makes them shutter. It can be terrifying to discover what we really think, when posed with such a question. It can bring up a painful past or be a trigger to remind us of something happening in the now. What’s even scarier than having to face our own thoughts? It’s probably the idea of how our past, thoughts or beliefs are going to impact the future (i.e. our kids).

To address the point of sounding “uneducated” when swearing like a trooper, this can be argued in many ways. Let’s assume that to be educated means that one has a large repertoire of words to use. Since we have so many words at our disposal, why would we “sink down” and use such simple words of profanity? One could argue that profanity simply gets the point across, no matter what educational background someone comes from. Why would someone use a fancy word if it’s not even going to be understood?

In regards to respect, we can use all sorts of curse words without ever being disrespectful. It can go the other way too. People can be highly disrespectful without ever having used profanity. There are so many different facets to this issue that there is no way I could discuss them all here, but in terms of respect—I believe we can be completely respectful and not have to alter our language.

Many associate curse words with negativity—and we’re all trying to be positive here, right? But words are just vessels that can carry any energy we put into them. Someone using profanity in an angry tone seems to have more impact than an angry tone without the profanity, but the same could also be argued for someone expressing delight.

Religion is one of those topics that people have been interpreting and arguing over for centuries. I myself do not take party to a specific religion, but I want to be respectful to all others who are religious when using my language. If someone verbally communicates to me or my child that particular phrases feel disrespectful to them, we will specifically stop for them, out of respect. Many may rear up in disgust at that wishy-washy approach, but I argue that not cussing around people who communicate to me that it bothers them is a sign of the utmost respect. Especially if they can provide their personal belief as to why it’s disrespectful to them. Even when forced to re-think why cursing is bad, there are always going to be those who disagree with profanity.

Language is so important. It’s how humans communicate with one another—it’s how we express our emotion, and most importantly, it is one of the biggest tools we use to connect. Connecting with other beings is a beautiful experience that is one of the many joys of life. To censor any part of it—no matter what meaning it may hold—would be a waste. One of the main points of being here is to connect with our fellow humans, right?

I aim to cultivate a deeper message by allowing my son his freedom of speech. By allowing him to use profanity, I hope to encourage him to understand and question everything around him. Not just profane words, but all areas of life that could stand a refreshing new viewpoint. Since there is such a stigma to curse words, there is a certain amount of power when wielding them—especially when done so by a child.

Instead of shutting him down and telling him that curse words are never to be used, I encourage him to be aware of himself and his language when using profanity among others. Since this is definitely the road less traveled, there will be constant learning curves. My son will experience first-hand the tricky ins-and-outs of what’s considered right and wrong in society. Despite the potential backlash to this new-fangled approach, it will be worth it, because I will be living true to myself and demonstrating the same to my little snuggle-buggle.

For the longest time, I thought I was just being lazy in not wanting to censor myself. But after really soul searching and meeting numerous occasions where my salty language was scoffed at simply because my kid was in earshot, I decided that my language is perfect.

To censor the words that really give my sentences mojo would really deflate me as a person. Despite all the reasons listed above, it would seem that that statement would be enough to keep on cussin’. But in trying to live a mindful life, it’s necessary to re-evaluate the negative baggage that gets lumped in with profanity. Going back to the issue of being a model parent—it would be lying to myself, and lying to my son, to stop using profanity in my everyday language. I would be contradicting every lesson I am trying to bestow upon my son by monitoring myself for the next several years. My language would lose its vibrancy and I would be hiding.

I believe that life is about living our own truth and respecting everyone while you do so. I do curse often, but my language is not used as a means of disrespect.  My son may say one day, “I am f*cking excited about ______!”  This shouldn’t send a wave of fear and anxiety through me because my son used a profane word to describe his enthusiasm. It should make me proud that my kid is maybe one of many who is slowly changing and opening up the way we think and act in our society.

By reevaluating ourselves and our beliefs (and our language), we can foster a new and more accepting society. If we aren’t doing that, then are we actually parenting?

It’s understood that this is a very controversial topic, and that many will disagree. But for me and mine, I will not censor my language. I will continue to be respectful no matter what naughty word leaves my mouth, and I will do this in the hopes that it may encourage people to understand, even if they don’t agree.

My Love Affair with the F-word. 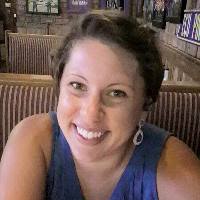