Why We Should Stop Telling People to “Act Their Age.” 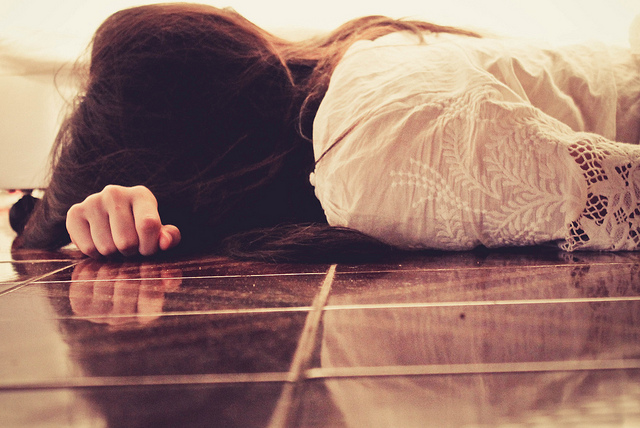 Before I let you anywhere near what transpired the other day, I wanted to let you know that I’m normally a really chilled, grounded, fair and even person.

I’m generous and loving and don’t generally react this way.

But on this particular day, I short-circuited and turned into someone I’d forgotten even existed.

It wasn’t at all pretty.

It started with such a simple thing. We were both getting ready to go out, and I noticed that my partner was wearing a jumper that looked very much like one of mine. In fact, for some reason I felt fairly certain it was mine. Now, in the usual way of things, that wouldn’t matter one bit. I’d think it was cute, one of those things you do when you love someone. A bit like wearing the person we love’s jacket or scarf or pyjama top.

However, in this particular moment, the last thing I thought was “how cute!” I suddenly found myself in the grip of something so huge it swamped me before I could grab hold of it. Not only did a major part of me become convinced that the jumper was mine, I also became sure that my partner had gone rooting through my things and taken it without permission.

Part of me looked on, horrified, as this other part of me struggled not to erupt in blind fury. I wanted to accuse them of what I was convinced they’d done, to rip the jumper off their back, to scream,

How dare they! Didn’t they understand?

I could feel the heat of white hot anger rising through me like the molten lava from a volcano about to erupt, and I couldn’t quell it! I was ready to pull hair, scratch and bite, tussle them to the ground, kick and scream and do whatever it might take to get what belonged to me back!

All this, I hasten to reassure you, was going on inside my head, not out loud. The bit of me that was still sane and looking on aghast was just as shocked and horrified as you are! The other bit of me didn’t care.

The other “me” was so livid, so wounded, so outraged it was prepared to commit murder right at that moment!

But however hard I tried, I struggled to quash the emotional reaction that seemed to be growing more dangerous and outrageous every moment.

Meanwhile, I manage to summon up enough self-control to ask—I think innocently and neutrally—if that was, in fact, my jumper. I reckoned my voice would come out in an even, maybe even curious tone, but to my horror the words come out in a sort of strangled hiss. I felt myself flush as I tried to look nonchalant and act like it was just a little thing. Clearly, my voice is a total giveaway, and my partner looks at me with a sort of quizzical expression, half- amused, half-concerned.

The second our eyes met, my partner saw it all. She asked if there was a problem with the jumper, and asked what was wrong. And in that same moment the volcano erupts. But not, as I’d feared, with burning lava and flames and ash.

What came out of me were tears and sobs so deep I couldn’t even get my words out.

Now, before anyone becomes convinced that I’m mad as a hatter and so emotionally volatile and unhinged that someone should be on the phone to the mental health crisis team without delay, I want to remind you, in my defence, that none of what I’ve described to you happened anywhere other than in my head. I didn’t actually murder anyone or wrestle anyone to the ground or hit them over the head with a blunt object—I only felt like doing so.

And, fortunately, the part of me that was observing and processing was stronger than the part that wanted to have an almighty tantrum. However, I appreciate I’ve probably shaken you a little! Like I said, it wasn’t pretty…..

But let’s follow through on this. Let’s go back to the tears. And the sobs. And the white hot fury. Because that’s what my partner did. She knows me and my stuff so well. “So who’ve we got?” she asks? “It’s like you’re accusing me of stealing it. What is this? What are we acting out here?”

And, as the tears force their way out, and the white heat turns to shivering, suddenly I know! I’m a younger me and my grandmother has just died. The grandmother who’d brought me up for the first three years of my life after my mother died, before the other woman brought a chill to my world, determined to break all bonds with the past, because my father had married her now and this new world was to have no reminders of the old.

And, as I get closer, second by second, to what this is, what the jumper represents, what’s got triggered, I find myself sobbing, trying to explain what happened to the girl I’d been back then. That last visit to my grandmother, who knew she was dying. The tears, the love expressed, and the cold that gripped as she’d said goodbye. Saying, “See you soon” instead of the normal “Goodbye”—as if you could delay the inevitable by refusing to acknowledge it.

And then, getting home and discovering her handkerchief gripped tightly in my hand. Sleeping with it still in my hand and then, for several nights, with it under my pillow, before hiding it.

Knowing I had to hide it.

And then the day I’d found that the woman who’d brought the chill had gone through my things and taken it. Knowing yet being unable to do or say anything. Wanting to scream and shout and do murder, just like now—

The jumper is the handkerchief, and my partner is the woman who destroyed it.

But the tears are dissolving the rage, and now is different, because it’s okay to feel it this time, old wounds brought to the surface by a whole series of events around my father dying; it’s understood now.

There’s balm and acceptance, empathy and comfort—enough for the woman I am, and the girl I was, to finally let it go.

There’s always a story, always a reason, when we don’t “act our age.” We’ve all been there, right? In the grip of something that feels childish and unreasonable? We tend to describe it often as being “over the top.”

How about next time we feel drawn to tell someone to act their age, we say, “How old are you, and what’s going on for you right now?” And just see?

And how about we try it on ourselves, too? You never know, it might just be enough to help us let it go.