10 Minutes to Peace: A Daily Practice to Ease. 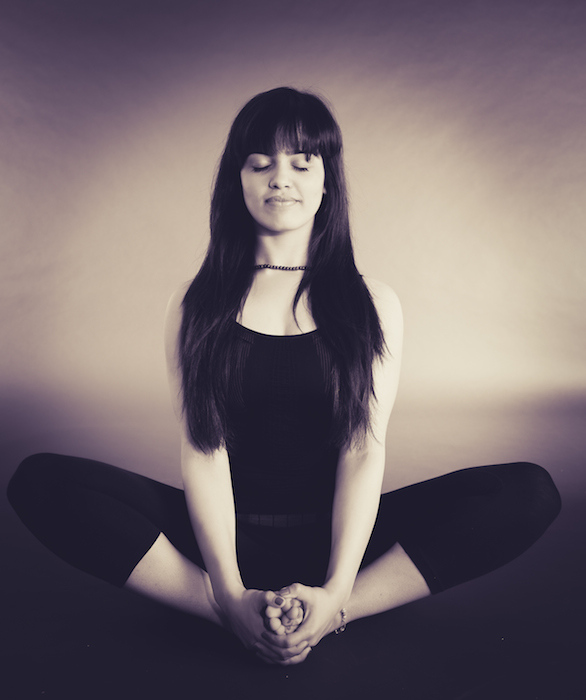 If 10 minutes was all it would take, would we do it?

If we could transform our world from a doing one to a being one, would we? More peace, greater clarity and increased energy without having to change anything, but by just adding a bit of stillness.

10 minutes of sitting when we first get up would do this, could we say yes?

It is one of the simplest activities and yet seems like one of the hardest. It requires us not to achieve, but to let go. We feel intimidated around meditation, because we still think we can’t do it. We argue that we don’t know how.

Well, this is not entirely correct.

News flash: There is no right way to meditate. Just like there is no wrong way to live a life. We will each come to it with our own spin.

I found mediation when I was in my teens and struggling with an eating disorder.

It was the one thing that could stop my spinning head and racing heart. It was simple, but at first, it was admittedly scary. I was worried that if I just sat there that my mind would blow up even bigger, that I would be engulfed by a mudslide of thick, grimy thoughts.

Well, sometimes this was true. I also thought that there was no way that I could be that still! My mind told me that there were too many things to take care of. My head said that after I was done all of those things, then I could sit and find peace.

I saw though that even when I checked every box off of my to-do list, peace never came and the time to sit and mediate didn’t seem to either.

There were many excuses I had. Back then I was what we would call a type A personality. I excelled in school, was disappointed with anything less then an A+. I was on the leadership team, the captain for volleyball, dance and also worked 25 hours for the government each week.

If I was not at work or school, I was at the gym. Admittedly, this was no sustainable lifestyle, even for a youngin’, but it was the one my mind thought I should do.

However, my heart kept telling me something was not right, that something could change, that I deserved to feel less judgement and more ease. I didn’t know how to find this, so I started reading books on Buddhism.

Some of it sounded really heady and dogmatic, but then, I found a book by Pema Chödrön.

The book began to sprinkle bits of self-love into the ground of my thirsty soul. Then I discovered the Shambhala centre, which is Buddhist based meditation centre of which Pema Chödrön was a part.

It focussed on the practical side of mindful living, one that looked more at how to experience greater happiness and joy, rather then learning a list of names of gurus and mantras to chant.

The practice that was taught to me there was simple: I was to sit (anyway I liked, but preferably with back straight, chairs were OK too) and I was to stay. And I was to come back to my breathe. In and out, hot as I exhaled and cool as I breathed in.

I was to watch my thoughts and see them as passing clouds. I was too bring my focus back to my breath and my posture when it wanted to run after and chase said clouds.

This was it. It was not magic and it was not as mysterious as I had thought. But, it did pause me for long enough and require a great enough attention to begin to settle me down. The type A in me had work to do in meditation, bring my mind back to breathe and my heart had the space to begin to speak when I became that still.

My meditation practice has lengthened, shortened and morphed in lots of ways over the years.

I spent a lot of time trying out different things, but this is the practice that I always come back to. And it is the one that is portable enough for me to do anywhere. All we need for this one, is a place to park our butt.

Something happens, when we come back to ourselves in this ordinary way. When we stay put for a few minutes things slowly start to be more ok. We can gradually realize that life and ourselves is probably not so bad.

As Pema Chödrön says, “Making friends with ourselves is the key to a more sane, compassionate planet.”

Here we start to build a pact to ourselves, that for these few minutes everyday, we won’t abandon who and what we are. We will accept it.

Try it out. It is not as scary as it seems.

If at first the mind wants to tell us otherwise, just remember it is a passing cloud. Sit, put the timer on your phone for 10 minutes and breathe. I promise, you will start to be a little more at ease.

Do it when you first get up, there are less excuses before the sun has had time to rise.