7 Things That Nobody Tells You About Quitting Drinking. 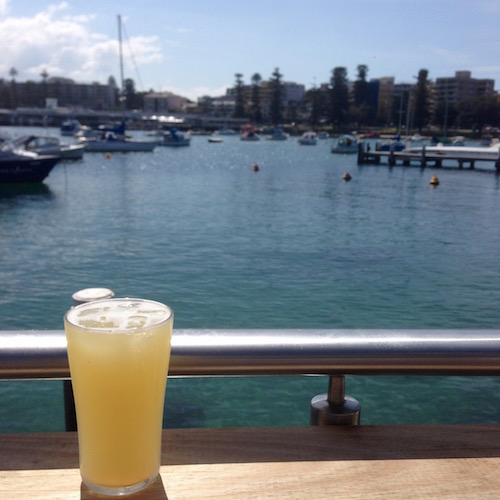 Rewind to the end of 2014, we were reflecting on a jam-packed year of travel—and over indulgence.

We decided to give up drinking. A radical decision?

But we decided to challenge ourselves and do it anyway. We never expected to learn as much as we did in the process.

A bit of background before we get into the nitty gritty of this topic.

Together, we run two businesses from home, one of them is a travel blog. Not only are we business partners but we are also partners in life. We spend a lot of time together (other couples we know think we’re crazy), but we love that we get to share our lives together in this way.

We travel a lot, we have a lot of fun and in 2014, (after nine months traveling the world and burning the candle at both ends), it was beginning to show.

This lifestyle, while totally amazing, had taken its toll on our physical and mental health.

There was one particular culprit that seemed to have a strangle hold on us. It wasn’t the jet lag, the stress of running two businesses, the lack of routine or the challenges that every couple faces—it was alcohol.

Yep, the stuff that we’re socially conditioned to believe is necessary to have a good time.

Alcohol was intertwined with every aspect of our lives. And it was starting to have a detrimental effect on “us.”

We were tired, sluggish, cranky and unmotivated. Our lives were non-stop socializing (which meant non-stop drinking). In lots of ways, our boozy habits had started to define our lifestyle. It wasn’t until we stopped drinking that we realized how much our lives revolved around the stuff.

On top of that, we knew in our hearts that we weren’t giving our business 100 percent. We really needed to get healthy and improve our productivity levels.

To say the least, the past twelve months have been a learning curve. When you remove alcohol from your life, you learn a lot about who you are.

With a clear head, you can make better decisions.

January 1, 2016, we successfully completed a whole year without booze. A sense of accomplishment washed over us.

We did it. We actually did it.

Were we gagging for a drink? Not at all. That feeling disappeared around month three.

The benefits of not drinking that we experienced are probably pretty obvious. We feel better, we’ve lost weight, we have way more energy and our productivity has gone through the roof.

Our relationship (both at work and romantically) has improved. Believe it or not, when you take alcohol out of the equation, you’re able to communicate more effectively and calmly.

Here are seven more unexpected things we learned from a year without alcohol.

Sure, there will be a lot of drinkers out there who won’t agree with this but after one whole year of not drinking, we know it’s true.

When we removed the alcohol (and the hangovers), we realized how much time we really had to make our dreams a reality. With all that time and a clear head, we were able to think big and make shit happen.

When we stopped drinking, something horrible happened.

Intense cravings for sugary items kicked in. We realized that we’d been consuming a truckload of sugar through our alcohol intake.

We were desperately shoving all kinds of sugary treats into our mouths. Cake, cookies, chocolate, ice creams—anything we could get our hands on.

Coming off the booze may mean you crave sugar like no tomorrow. Thankfully, after two weeks, we were back to normal.

3. Everyone Has an Opinion About Your Choice To Quit.

This one surprised us both but the fact is, opinions are like assholes, everyone has one.

When you tell people that you’ve given up drinking, be prepared. Whether you ask for it or not, they will want to give you their opinion.

We quickly discovered that our choice to give up alcohol really challenged people. We were subjected to everyone’s opinion about our decision.

For those of you considering giving up, unfortunately this one doesn’t improve with time.

4. Committing to a Healthy Lifestyle is Easy.

It’s a well-known fact that alcohol is a depressant. It screws with your motivation.

How many times have you embarked on a new health regime where things go smoothly during the week but it all turns to shit at the weekend?

Cutting out alcohol helped us to cut out our excuses. We could hit the gym every morning as we’d promised each other we would.

To our surprise, our new lifestyle actually become enjoyable—dare we say fun.

5. You Can Have a Social Life Without Alcohol.

We found this hard, especially in our first month or two.

We were so lost with this aspect of quitting drinking that we even googled “what do sober people do for fun?”

Our advice here is to get out there and find fun stuff to do that doesn’t involve going to the pub.

It can be done! Rope a few friends in if you have to.

Not sure how this translates across the world, but here in Australia when you take alcohol off your dinner bill it becomes so much cheaper to eat out.

The first time we got our dinner bill minus the booze we were stunned. It was half the price of what it would normally be, if not more.

7. Your Mental Health Will Improve.

Each year, millions of people around the world will experience some kind of mental illness. And alcohol doesn’t help with the issue. When you remove alcohol from the equation, your mental health can dramatically improve.

Without alcohol in our lives, we’re happier than ever before. In fact, we believe we are better people without our boozehound alter egos.

So, will we go back? Who knows.

At this point, we don’t think so.

Our lives are simpler and more straightforward minus the alcohol.

Try it for yourself.

Even a short stint without it will be worth it.

My Transformation: 30 Days of No Alcohol.

Photo: Courtesy of the Authors 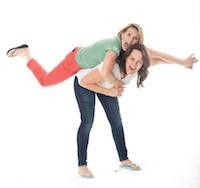