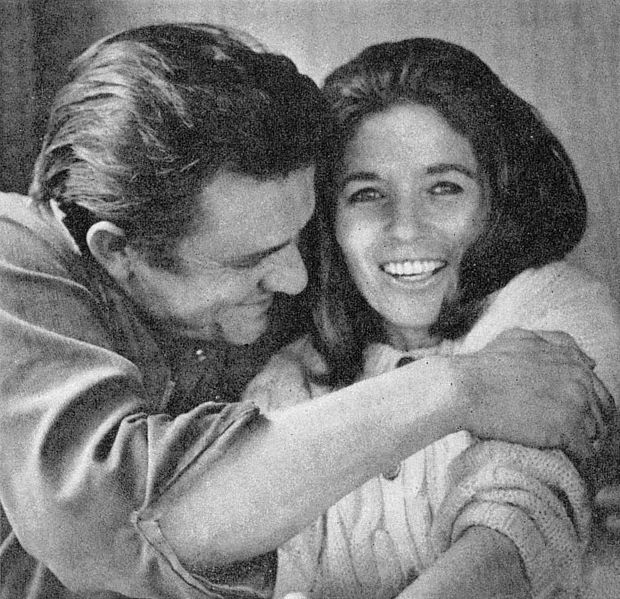 “This morning, with her, having coffee.” ~ Johnny Cash, when asked for his definition of paradise.

We cannot speak of country music without mentioning the name of Johnny Cash.

Just as Elvis Presley is referred to as “The King of Rock,” for so many people Johnny Cash is “The King of Country.” He developed significant admiration for music as of the age of 12, when he held his guitar for the first time. He astonished people with his live performances and released unforgettable hits such as “I Walk the Line” and “Ring of Fire.”

In other words, we can’t celebrate Johnny Cash and not celebrate his love for June.

Johnny experienced the tragic loss of his brother and struggled for years with recreational drugs. As he claimed, he fought so many demons. Beautifully, he also claimed that June was the one who calmed those demons down.

His love for her was so immense that he died only three months after she died. In 1994, on her 65th birthday, Johnny wrote her a letter that is now perceived as the greatest love letter of all time.

We get old and get used to each other. We think alike.

We read each other’s minds. We know what the other wants without asking. Sometimes we irritate each other a little bit. Maybe sometimes take each other for granted.

But once in a while, like today, I meditate on it and realize how lucky I am to share my life with the greatest woman I ever met. You still fascinate and inspire me.

You influence me for the better. You’re the object of my desire, the #1 earthly reason for my existence. I love you very much.

We might question—why is the story of Johnny and June this legendary?

We can extract plenty of lessons that we urgently need to apply these days, in the realm of relationships and love. To start, their story teaches us that situations and circumstances don’t always matter. Johnny was married when he met June, and June was married twice.

Society—his ex-wife and daughters in particular—judged Johnny and June’s affair. Society judged them for committing adultery. His former wife claimed that June was manipulating Johnny, and she blamed her for losing him.

What they experienced in the 60s is unfortunately still a problematic issue these days. We keep judging love and people who are in love. We disregard what lovers have in common and dismiss the same passion that they share. Instead of beholding the love and passion that joins them, we behold their societal status—their marital status, their religion, their color, their education level and so on.

However, Johnny’s love has overcome all labels and prejudices. Perhaps as we celebrate Johnny’s birthday, we can also celebrate the day he proposed to June, which was only few days earlier. He proposed to her on February 22nd, thoroughly disregarding what others think.

Their love story teaches us not to judge love, for love knows no boundaries.

Johnny once said, “If you aren’t going to say exactly how and what you feel, you might as well not say anything at all.”

With these words, we can sense the authenticity that Johnny held within his feelings—and perchance, we learn an additional lesson, which is truthfulness.

That lesson is highly needed, as integrity is being lost these days in relationships. We are focusing so much on appearances and the outwardly, to the extent of losing what’s inward. Johnny and June had a very humble wedding and proved their love through their actions. On the contrary, we are proving our love today through lavish weddings and through materialism. Sadly, those types of particular marriages often end in divorces. Johnny Cash showed us with his humble wedding that love has no expiry date.

Moreover, the most precious lesson that Johnny Cash teaches us is—not to settle for less.

We may settle for a job or a house—but we should never settle in love. Johnny wanted June, and he fought for her. He accepted no less than her existence. Death was the only factor that physically separated them, but they will remain alive in every song they sang together and in every cup of coffee they had together.

And so, as we celebrate the birth of Johnny Cash, we shall celebrate love as well.

We celebrate integrity, loyalty and truthfulness. We celebrate the type of effort that should always be poured unto love.

Johnny and June come as a great reminder of what “true love” and “happily ever after” are all about.

We should learn from the best, and I believe Johnny Cash was one of the best of them.