Has The Force Awakened Us? The Hidden, Symbolic meaning of Star Wars. 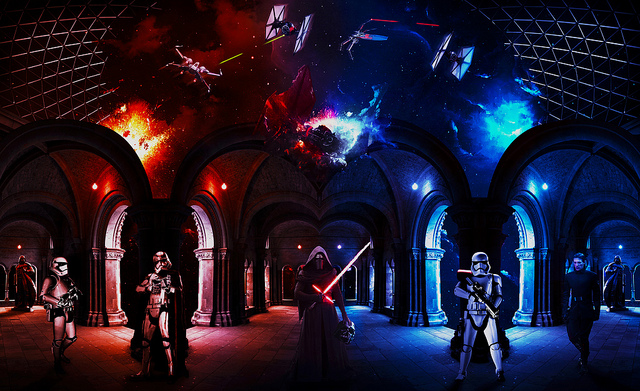 Star Wars has recently made a comeback for a new generation, with a new focus on the “light side,” the “dark side,” and “The Force.”

Light and dark, good and evil, are real influences in the real world. The Force is also real. The Force is what the Chinese call chi, the metaphysical energy that flows through all of our bodies, a life force that has power to: create, destroy, alter understanding, control, and heal.

The reason Star Wars is science fiction is because “a long time ago in a galaxy far far away” we understood this—and it is now something we have forgotten. But Hollywood is a venue through which brilliant minds have the power to wake us all up.

Han Solo: “I used to wonder about that myself. All that mumbo-jumbo. A magical power holding together good and evil; the Dark Side and the Light. The crazy thing is… It’s true. The force. The Jedi. All of it. It’s all true.”

Let’s be honest, most people consider a lot of the spirituality we are immersed in “mumbo jumbo.” Is Han Solo making a direct reference to this phenomenon? If he is, he’s saying that all the mumbo jumbo is true—and because of his status as a beloved character and Hollywood star, people might actually believe him. Star Wars has been a part of our pop culture for 40 years—since before many of us were even born.

But at what point does pop culture cross over into culture?

This past fall I saw our entire cultural sphere become engulfed in a Star Wars-mania that blew my mind. I will never forget walking into Target and nearly jumping out of my skin when I passed through the revolving doors and looked up to see a life-size wookie, Chewbacca, wielding his deadly crossbow and greeting me into the friendly and accommodating store.

Then came the marketing. On and on it went throughout the whole holiday season. Every other commercial on television referenced Star Wars. Every other billboard. Every other cereal box.

One day, President Obama was finishing a speech and he said, “Okay everybody, I gotta get to Star Wars.” I almost expected him to tack on to the end there, “May the force be with you.” “And also with you,” the audience would speak back.

Suddenly Star Wars wasn’t just pop culture anymore. Wasn’t just for geeks. Wasn’t just a story. Had the Star Wars cult simply expanded itself to the entire global community? Or was something deeper going on here? Its pervasive influence was absolutely no mistake. The timing was also no mistake.

Right now, we have a global community thanks to a burgeoning social media and the world wide web—something that didn’t exist 10 years ago. Right now, society is in an era of rapid evolution of consciousness. A lot of people are still skeptical though, and not ready. The only way to get us all on the same page is to link our most basic human love for storytelling, and tell a good one.

“Well the Force is what gives a Jedi his power. It’s an energy field created by all living things. It surrounds us and penetrates us; it binds the galaxy together.”

~ Obi-Wan Kenobi in The Phantom Menace

Is there more to Star Wars than its story?

Let’s start with some simple terminology. The Force is just another word for chi. Chi is a Chinese word and goes by other names in other languages. The Japanese call it ki (also spelled qi). The Indians call it prana. Bergson called it élan vital—vital force (some may be familiar with the reference to this in the popular Jim Henson and Frank Oz film Dark Crystal). William Reich called it orgone. Whatever you want to call it, it’s the same life force energy, and it’s inside us all.

“Chi animates matter, infusing it with life. As a result, it is often described as the ‘life force.’

Most people are understandably skeptical about this energy called chi until they actually experience it for themselves. After all, in the West we have been well trained to deny even the possibility of such phenomena.”

To be sure, chi is a mysterious energy we don’t fully understand. But as we know from practitioners of reiki, qi gong and kung fu, acupuncturists, yogis, and psychics, through meditation and technique, it is possible to harness that energy and utilize it for powerful purposes.

“Jedis” are like samurai or ancient kung fu masters who understand the power of their chi and channel it into their fight. They use The Force to:

>>> Power their lightsaber, which can cut through seemingly any biological or man-made material.

>>> Telekinetically push and pull objects away from and toward themselves.

>>> Manipulate the will of others via verbal suggestion.

>>> Sense others’ force energy from far away and “know things.”

I believe we humans have the power to do all of these incredible things. As a society we are just not evolved enough yet to do them on a large scale.

Ethan Anderton posits this in a recent article that decodes why Jedi are a myth in The Force Awakens world-view:

“Perhaps this new trilogy will abandon the sort of Chosen One mindset where the force manifests itself, and the ability to be a Jedi lies within everyone. It might just be up to them to listen to The Force in order to harness it.”

More and more of us are becoming aware that we all have life force energy. We can all manipulate our chi to do kung fu and reiki. The Force must awaken again because it has been dormant. Is Star Wars: The Force Awakens a message that this force is awakening in more and more of us, throughout our entire world? 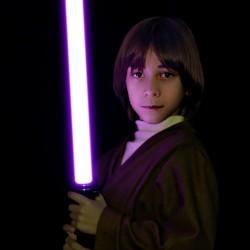 Science fiction and Hollywood are the only venues through which the entire collective of mankind might be able to get in tune with one another on a spiritual level. Religion isn’t going to be a viable option, or anything even remotely linked to spirituality. The only way everyone can start to understand, is via a means that we can convince ourselves is nothing but pure fantasy. But eventually it will sink in. Eventually it will become such an ingrained part of our pop culture that it won’t be pop culture anymore. It will just be culture.

“I don’t see Star Wars as profoundly religious. I see Star Wars as taking all of the issues that religion represents and trying to distill them down into a more modern and more easily accessible construct that people can grab on to, to accept the fact that there’s a greater mystery out there.”

~ From the documentary: The Mythology of Star Wars, 2000

When JJ Abrams carried on the legacy of Star Wars into the new movie, I felt at first like it was a cheap re-telling of the same old story. I thought: we are now onto episode seven of this maddening and magnetic saga that apparently can go on and on forever, with new episodes from new generations of characters, for new generations of audiences, ad infinitum.

It can—because no side will ever win.

That was when I realized that he intentionally crafted a repeat of the same old dichotomies. History repeats itself cyclically. We live lives over and over again. The fabric of the universe is made up of a repeating pattern. We see this in sacred geometry and the flower of life. Everything about the new movie is a perfect representation of what Star Wars should be for a new era of fans: the same old story. The same struggle between light and dark. The same force that “binds the galaxy together.”

But with one new addition: a wake up call.

As The Force awakens in more and more of us, we may find out that Star Wars isn’t all mumbo jumbo. We may find out that it holds a very real kernel of truth that has the power to connect our collective consciousness in ways even George Lucas himself could never have imagined. 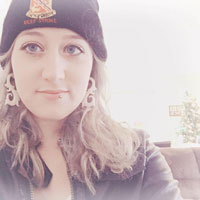