Here’s how much Sugar is Hiding in your Favorite Hot Drink. 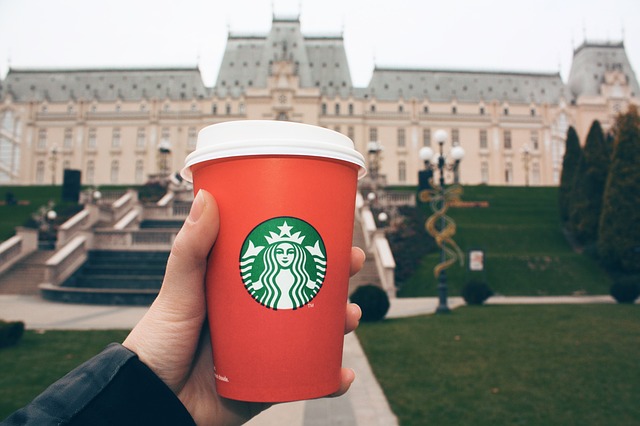 Research carried out by a charity, Action on Sugar, has shown that major coffee chains in the UK such as Starbucks and Costa are selling hot chocolates, lattes and chai drinks that contain “dangerously” high sugar levels, with one drink having 25 teaspoons added to it.

This is equivalent of drinking three cans of Coca Cola or seven chocolate biscuits and is more than three times the recommended maximum daily allowance for sugar.

According to the research, one-fifth of adults and teenagers visit a coffee shop every day and many of them are aware of how much sugar they are consuming.

After surveying 131 hot flavoured drinks from high street stores, 98 percent of them were found to have excessive sugar levels. The worst culprit was Starbuck’s Hot Mulled Fruit (Grape with Chai, Orange and Cinnamon venti), with 25 teaspoons of sugar. Another drink to be aware of is Costa’s Chai Latte Massimo, which has 20 teaspoons of sugar.

Starbucks venti White Chocolate Mocha with whipped cream has 18 teaspoons of sugar per serving. and one of my personal favourites, Starbucks’ Signature Hot Chocolate, has 15 teaspoons of sugar—the same amount as a large mocha from KFC.

The action group is advising that if you are having a hot drink, ask for it to be plain, not flavoured, with only a minimal amount of syrup, and if possible, for it to be sugar free. Even though it is also advisable to ask for the smallest serving, Graham MacGregor, Action on Sugar chairman said that the findings were “yet again another example of scandalous amounts of sugar added to our food and drink.”

The study found that 35 percent of the drinks assessed had the same levels of sugar as a can of Coca Cola and over half of the drinks were over the daily recommended amount of sugar for an adult or teenager. Some of the sugar content was marginally inflated by the natural lactose sugar that is found in milk.

Starbucks has responded to the report saying, “Earlier this year we committed to reduce added sugar in our indulgent drinks by 25 per cent by the end of 2020.”

“Costa takes the nutritional balance of our food and drink very seriously and we have already taken significant steps to reduce the sugar content of our ranges. We intend to continue improving the balance of our product offerings while maintaining the high quality and great taste our customers expect. This April we will be setting salt and sugar reduction targets for 2020.”

The campaign group is requesting new legally binding targets that will require supermarkets and manufacturers to cut the sugar content in food and drink. This would ensure that food and drink sugar levels would be cut by 50 percent within five years.

The reason Action on Sugar has targeted hot drinks is because they believe they have an enormous influence, as in the UK alone there are 18,000 outlets that collectively sell an estimate 1.7 billion hot drinks every year.

Although the research was focused on the UK, the nutritional information that is published on the companies websites show that the levels of sugar are similar in the US and other countries.

It is quite common for many people to consume a hot drink every day on their way to work or going about their daily activities. However, we are being advised to view these drinks as an occasional treat if we still want to consume them knowing the amount of sugar they contain, rather than consuming them as on a regular basis.

The recommended maximum daily amount of sugar for an adult is approximately six teaspoons, or 25g, according to the World Health Organization. Their concern is not just for weight gain but overall health issues, which include dental disease that can cause anxiety, pain and functional limitation.

Sugar has no use other than to sweeten our food and it is classified as an empty calorie as it contains no vitamins or minerals.

It is associated with a variety of illness such as diabetes and heart disease. It increases blood levels, which can lead to gout and elevated blood pressure. Sugar can raise cholesterol levels as well as affecting the immune system and the body’s ability to defend itself against bacterial infections. It can also lead to premature aging as it affects the elasticity in the skin.

It is not easy to totally cut sugar out of our diet. However, we can significantly reduce the amount we consume by researching the effects of high sugar levels and remaining alert and aware of the sugar content found in our food and drink.

It isn’t easy giving up sugar as our body will crave it as, although many of us may now be aware of it, it is highly addictive.

“Blame our brain for this addiction. Just like with drugs, when we eat a sugary food, our brain’s reward centers release feel-good neurotransmitters. Studies show that binging on sugary foods keeps feel-good dopamine revved up. That surge gives us intense pleasure and blocks pain, similar to injecting heroin.” ~ JJ Virgin, Elephant Journal