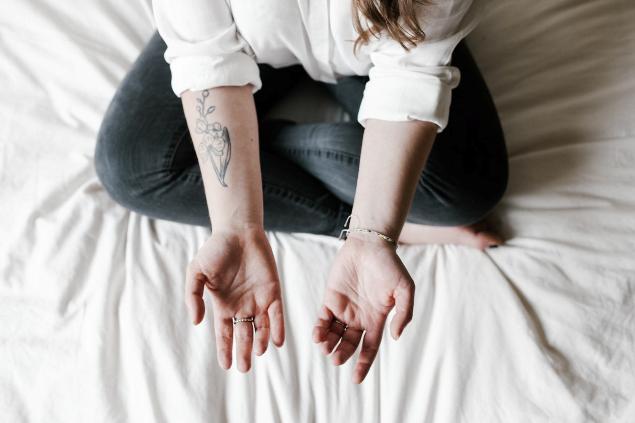 *Editor’s note: Elephant Journal articles represent the personal views of the authors, and can not possibly reflect Elephant Journal as a whole. Disagree with an Op-Ed or opinion? We’re happy to share your experience here. This website is not designed to, and should not be construed to, provide medical advice, professional diagnosis, opinion or treatment to you or any other individual, and is not intended as a substitute for medical or professional care and treatment. For serious.

If you are like me, deeper understanding comes from learning everything both spiritually and physically, and how it fits into everyday life, as we can understand it in a tangible and logical way.

But to explain something that we cannot see or fully understand with our limited human minds is a massive task. I will try my best to collate my extensive research into a short version here as best as I can to help dispel any fears that may be associated with working with what is still not completely understood.

Nothing is as it seems.

Most people will view Reiki as a load of mumbo jumbo, but it is now being recognised throughout the scientific community as a tangible and measurable therapy which scientifically can be understood (to an extent) when we consider the Universe from a quantum perspective. Please see the book The Matter Myth (1991) by Professor Paul Davies and Dr. John Gribben.

Scientists are now realising that the answer to the question of life and our physical perception lies in the energetic make up of all things. Einstein expressed this in his famous equation E=mc², which in layman terms means energy is equal to mass multiplied by the speed of light.

This shows, that in fact, all matter is energy.

The first thing we should consider, and which we all learn in basic physics at school is that not everything is as it seems, and everything is made up of energy.

According to particle theory, tiny particles in the form of atoms, molecules or ions are moving around at different speeds. If we relate this to Einstein’s theory of relativity and assume that all matter is made from energy, then those particles are also made of energy. What we perceive as solid, is in fact not. It is a question of frequency, such as tuning in to a radio channel, and within our limited basic five senses, we are only able to perceive a fraction of these vibrations. Science tells us that there are frequencies infinitely beyond our sphere of perception. (See here for a human versus animal sound perception example.)

Our physical bodies are no exception, and are therefore made of energy also vibrating at a particular frequency. We have our own biomagnetic field which, like all energy, can be manipulated and channeled.

It is also recognised, that all thought is energy and can create a positive or negative effect based on its intention, as shown in one example by Lynne McTaggart in her book The Intention Experiment (2008).

So if intention has the power to manipulate energy, then could it be that what we think is what we are?

I believe that if we think or consume something with a negative intention or energetic vibration, it can create a negative response in our physical, mental, emotional or spiritual bodies—this is possibly where the saying “you are what you eat” or as Buddha put it “The mind is everything, what we think we become” comes from. This negative response would then logically create dis-ease within our bodies which can be healed with positive intention, if of course, we look at this matter from that perspective.

Get a Reiki Masterclass for only $9.99 with our mindful partner, Udemy

How does Reiki actually work?

Research into this matter is gradually gaining speed, with much being done into the electromagnetic field of all living things, and the pathways for which this energy is transferred within the body.

Our physical bodies have a mesh of tubes made up of collagen and filled with a very fine fluid, called the myofascial system which links all parts of us, sort of like an energetic superhighway. The myofascial system carries signals in the form of tiny electrical light impulses called biophotons (literally meaning biological light) which are said to be the smallest sparks of conscious energy, carrying the very building blocks of life and allows all cells to communicate with one another.

The amazing thing is, that these biophotons have actually been photographed in a single drop of water using a somatoscope with a magnification of 30000x. What researchers found was that a single biophoton goes through a series of changes in shape, showing ancient symbols that we recognise from ancient culture and religion, starting as a single point of light, going through a series of six pointed stars and ending in the flower of life.

It clearly seems to me that our ancestors knew much more than we do now about life and left us these clues in the form of symbology—but that’s a whole other subject that I should probably not get into here.

We know now that energy, carrying messages and information, is constantly moving throughout both our electromagnetic fields and our physical body in the form of light. This light is everywhere and in everything, vibrating at different speeds as was previously mentioned, and imperceptible to the limited capabilities of our basic five senses.

It stands to reason that if there is more fascia in these areas, more biophtons would be found here since the mesh of tubes is much thicker, creating a larger energy hot spot, so to speak. In standard Reiki treatments, it is with these areas that the practitioner will work with the most.

So this brings me to the purpose of the Reiki practitioner and what we actually do.

All good Reiki practitioners should make meditation part of their daily practice and should have gone through the proper attunements with a Reiki master. This facilitates a connection to higher frequencies with which they are able to channel energy through their own electromagnetic field into their crown chakra and throughout their bodies. It then travels from their heart chakra, down their arms and out of their hands into the electromagnetic field and physical body of the recipient.

To put it simply, the practitioner acts in the same way as a metal rod conducting electricity or heat energy from source to its destination and throughout.

By connecting to higher or finer frequencies of conscious energy which is all around us, and using loving intention or thought (which, as stated before, is also energy) to heal and cleanse, the Reiki practitioner is able to direct the energy to where it is most needed. But having said this, Reiki will go where it is needed regardless of where the practitioner places their hands, or in the case of distance Reiki, across any space to the desired recipient.

There are apparently now 40 scientific groups researching biophotonics and associated therapies at this present time throughout the world. Reiki is now recognised within our own NHS and is used concurrently with mainstream treatments.

The great thing about Reiki, is that it is for everyone: atheist, religious and spiritual. Belief or understanding really doesn’t matter—all we need to know (as average human beings) is that it works regardless, whether you take a scientific or a spiritual view.

3 Things every Reiki Practitioner Wants their Clients to Know. 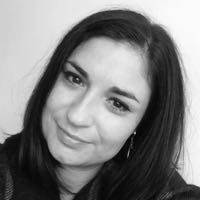