How Walking to Work Makes my Day Better. 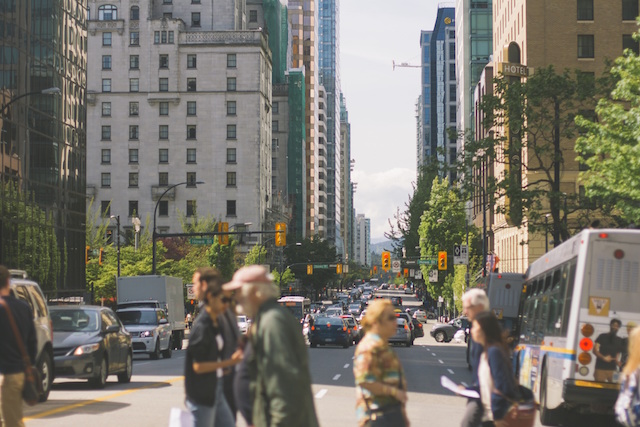 For the first few months of my new job, I got up every morning and took the bus.

It took me 31 minutes to commute to work, and it was often 31 minutes of disgruntled frustration.

Some mornings, the transit system was so unreliable that I wound up running the half-mile from the bus stop and work just so that I wouldn’t be late.

Most mornings, I’d end up arriving in a sweaty, kind of frustrated, panting mess—usually just as the clock struck 10 a.m., my scheduled start time.

Three weeks ago we moved into a new house, and I had no idea how to take the bus to work. What had once been a short walk to the number 99 bus stop at the corner now became a 15-minute walk, hopping on the number 15, and then transferring to the number 50. It was a mess of busy transit that my early-morning brain had no interest in handling.

So, I decided to walk. It took me an hour, but it was the most refreshing hour of my day.

The first day I just walked the roads and stuck to the directions my phone whispered to me from my pocket. I noticed a marina and a bay, but my path didn’t lead me close enough. I was early for work, and I felt refreshed.

The next morning it poured rain like I had almost never seen before. The rain put me in an awful mood. It didn’t help that I ended up having to use public transportation, which made me late. I felt confused, and I had to stand in the pouring rain with tears streaming down my face while I waited for the bus.

But last week I walked to work every morning, despite having to leave 20 minutes earlier, and despite the walk being a three-mile trek at the beginning of my day.

Here are some things I noticed every day, following my walk to work:

1. It was easier to smile at my coworkers as I walked in the door.

When I was not panting, sweaty and red-faced from running to make up for the few minutes transit had set me behind, it was a lot easier to greet my coworkers with a smile and something chipper. When I’ve had the last hour to create space for myself, de-stress a little and mentally prepare for the day ahead, I can actually start the day when I walk in the door, instead of being caught up in the frustrations and stress with which the cramped, bumpy ride to work filled my mind.

2. I appreciated the little things and went about my day in a much more mindful headspace.

When I was taking the bus to work, I spent half-hour commute perusing the land of Facebook and social media, instead of mindfully taking in my surroundings and enjoying the sights that the outside world had to offer.

When I walked to work, my head was up, my phone was away, and I was truly breathing in the fresh air around me. I noticed the squirrel climbing a tree, I mapped out how to get down to the water instead of bypassing it, and I appreciated so many different facets of life around me—instead of solely being stuck to the screen on my phone.

Walking to work opened my eyes to the world around me and made me appreciate things I would have bypassed and taken for granted if I had sat and taken the bus like I was before.

3. I got to see parts of the city that I didn’t even know I was missing, and admire them at my own leisurely pace instead of whirring past on a bus full of irritable transit riders.

I don’t mind people. I’m not one of those people who doesn’t like human contact; I think humans are beautiful, but there’s something about being cramped in a bus, shoulder to shoulder (and sometimes closer!), that just isn’t high on my list of things I want to do every morning.

By walking to work, I could branch away from the busy route of my usual commute and find treasures of scenery hidden away from sight. Even if one morning it meant I was splashing through a muddy field in order to get to the water, it still meant that I was experiencing something beautiful and new and not just the inside of that ugly, bumpy, crammed-full transit bus. There was a whole new world out there that I didn’t even realize I was missing!

4. I was packing better lunches, eating better breakfasts, and putting together better dinners.

I need energy to be able to walk for an hour in the morning, be on my feet for eight hours during the day, and then possibly even walk the hour home. My breakfasts became a routine instead of a quick grab as I headed out the door to catch the bus, my lunches became something of substance so I could get through the rest of the day, and my dinners were a sweet reward for all my hard work.

I began to thoroughly enjoy my meals, because my body actually needed the energy they were providing, instead of just eating because it was time to eat.

This is perhaps the most beneficial reason for walking, besides of course how my waist has slimmed and my endurance has lengthened. When I can sleep better, and earlier, I can get up earlier, and feel more refreshed when I get up earlier. This means I can eat better, take better care of myself, and also get farther in my day without feeling like I’m running on empty. A good night’s sleep is a crucial foundation for a good day ahead. And I slept well and soundly every night after I walked to work.

Walking to work has become my saving grace. It’s the exercise I don’t have to schedule and struggle to attain. It’s the stress relief that I need during my busy days, and the time to reflect and gather my thoughts before I walk into work and face the day ahead of me. Walking to work has slimmed my waistline, lengthened my endurance, and brightened the smile that I carry on my face.

It’s not much, but it’s a start. It’s good for me, good for those around me, and good for the environment. You should try it too. You never know how your day, or your life, might improve! 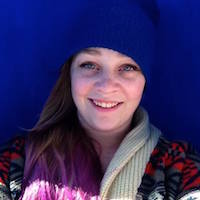