How We See is What We See. 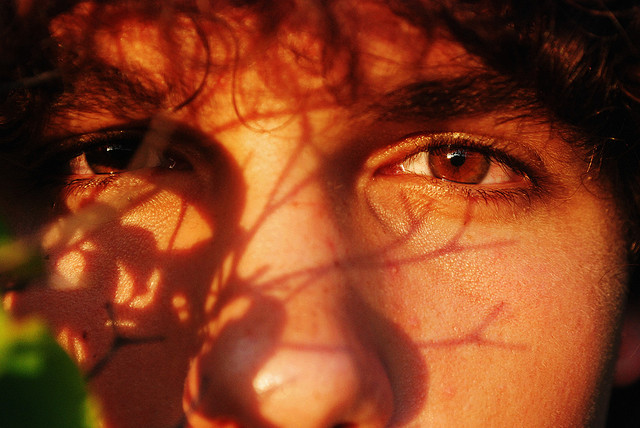 He was not saying that our ability to think for ourselves is impossible as human beings, but rather that we must work to overcome strong waves of conditioning that we have been exposed to our whole lives.

Much of what we think of as formal education is a form of such conditioning. Conditioning programs you to think, feel, and even perceive within those parameters, within those narrow channels. Few people believe this applies to them and think of it as something other people do.

That is because the thoughts or feelings are experienced as your thoughts and feelings.

In his wonderful PBS series on the human brain, the neuroscientist David Eagleman describes how the eyes bring in information to the thalamus. Yet it is the cortex—the area of the brain responsible for “higher level” functioning like language and processing—that pulls out whatever information it deems relevant. The way the cortex determines this is based upon how a person has been conditioned, or programmed to see, relate to, and interpret the world around them. Only a small percentage of the information that actually comes into the cortex is actually processed.

In the ultimate sense, that is what narrow-mindedness really means.

Modern research on how the human brain functions aligns remarkably well with what ancient sages, such as Maharshi Patanjali, said about human consciousness centuries ago. Patanjali said that the mind is a storehouse of impressions called the “chitta.” Those impressions program how we think and feel.

True creativity that sparks original thinking is more a state of brain physiology than attitude. However, the physiology of the brain can be worked with and improved upon in a very practical way. The process is called “discernment,” as per the ancient text by Adi Shankara, The Crest Jewel of Discrimination. On a practical level, discernment involves taking a step back and looking at how you are responding to a situation intellectually and emotionally. It is not about looking for a solution. It is about freeing your mind from the conditioning that might be guiding it. It is about exploration, which opens the mind to other possibilities and makes room for another way of seeing things.

Asking others’ opinions on the matter can facilitate this, but again, it is not so much about looking for a solution as exploring other ways to view the situation. Bobby Fisher, the great chess champion, would ask everyone he could find to comment on a challenging chess position. He even once asked his cleaning lady. When she said that she did not know how to play chess, he responded by saying that it didn’t matter, just please look at the position and say what she thought. It is remarkable to witness how difficult it is for people to take that step back. People do not perceive as much as they project onto what they experience.

Commonly, people believe the world functions the way they feel it should function. When something does not function that way, they consider that thing to be wrong. Anything that contradicts their viewpoint is rejected or ignored. Consider those related to convicted criminals, for instance. They simply cannot accept their loved one’s guilty actions, no matter how incontrovertible the evidence.

When a belief system is no longer working for someone, they frequently find themselves in the self-help section of a bookstore. They shop around for a new and better way to view the world. They find a new belief system that they can agree with, and it may help them for a while. But such belief systems are funny things. They seem to offer all life’s answers, but the problem with belief systems is that they work fine until they don’t. Limited perspectives on life ultimately lead down a blind alley to a limited life.

Alternatively, seeing what really is and embracing it, can allow you to expand your mind. It is a whole new way of interfacing with the world. It frees you from living according to a limited, judgmental belief system you consider to be ‘truth’ and opens you to broader vision.

For example, many people aspire to make a lot of money, have a big house, a spouse, children, nice cars, a cat and a dog. They believe with all their heart that is the key to happiness. Then when they finally attain it, they realize they are not fulfilled. Their whole belief system crumbles and they are left in a lurch, looking for something new to believe in. Interestingly enough, I once gave a lecture to several hundred very wealthy Americans. Right before I got on stage, I asked the coordinator what they would like me to talk about. She responded, “It would be great if you could just teach them how to be happy.” Clearly, after they fulfilled the ambition of their life’s belief system, they realized there was more to it.

To live better, you must learn to look deeper. To do so, give yourself and your experiences time and space for you to allow new understandings, new perspectives, and new interpretations to emerge. When problems arise, tell yourself that there is a solution; you just need to find it.

One thing that may help you develop this skill is to watch how other people function. You may notice how they have one-track minds. You may notice they have knee-jerk reactions that preclude the consideration of any other possibilities. Making those observations is the easy part. The more difficult task is to observe how you do those same sorts of things. The more clearly you see how you function, the more able you are to evolve how you function and the more effective you are in life. The process really amounts to imagination.

Einstein once said, “Imagination is more important than knowledge.” But what is imagination really? Imagination is seeing, feeling, processing, and coming to understand and know from a state of expanded awareness—a state of great depth within you. That depth is called different things; the true Self, the soul, the center, inner wisdom, unbounded consciousness. The key word here is “unbounded.” Freeing your mind from beliefs that bind you enables you to see and experience more of what actually is. It opens your mind to unlimited possibilities. It is the gateway to imagination, creativity, and genius.

Einstein also said, “Everyone is a genius. But if you judge a fish by its ability to climb a tree, it will live its whole life believing that it is stupid.” Programming your mind is like telling the fish to climb a tree. Your genius lies within you, beyond the limitations of your programming, beyond conditioning, beyond indoctrination, beyond belief systems, and beyond your current mode of function.

If you want your life to work better, you have to be willing to look deeper. Your potential is enormous. Freedom from limitation is within your grasp. But you must be willing to take a deeper look at who you are and how you function. 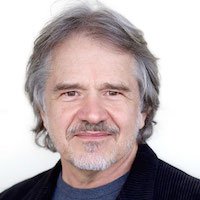