Kids & Technology: How I Got My Boys Off Video Games & Into Real Life. 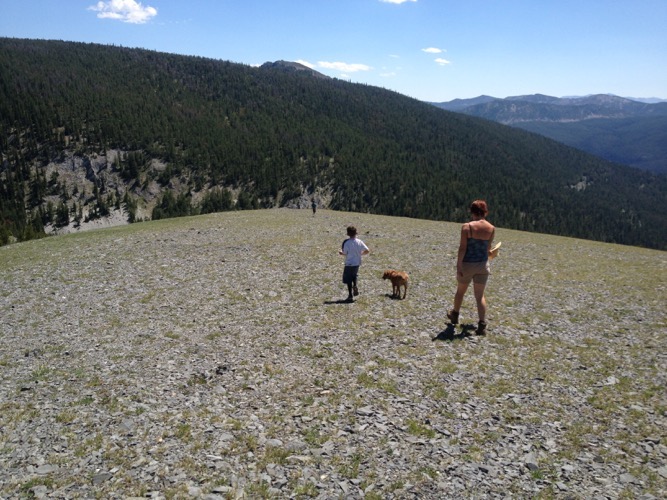 Sometimes I watch my children’s animated faces brighten as they go on about the video game they just played, and I wonder if the world is ending.

We are definitely in the age of technology, and my children are experiencing life vastly different than I did, which is to be expected.

Is this the new norm? I certainly hope not.

But I do wonder what is happening to my boys’ lives, their minds, their emotional well-being as technology becomes such a prominent force in their lives.

I understand how technology can benefit their education, allowing them to learn in new ways. They can access assignments through online classrooms, whether they’re at school or at home. They have quick access to articles, research materials and how-to-videos with a click of the mouse. There are various visual aids and programs to help facilitate their learning.

All in all, this sounds pretty good.

Using technology at an early age also prepares children for the workforce, since 60% of jobs today involve technology. This percentage will continue to grow.

This all makes perfect sense.

Social media for children also has it’s benefits, offering a way for kids to “develop and sustain emotional bonds with peers, as well as carve their own identity.” On the flip side, there are also concerns about increased obesity rates, digital dementia, decreased ability to empathize, inability to self regulate, increased depression and sleep disorders.

There’s also the risk to privacy and safety through social media sites, either from cyberbullies or predators.

Most of these side effects result from the overuse of technology with very little oversight.

The question I have is: If my boys’ free time is spent using technology, what are they missing out on in real life?

As a parent, part of my responsibility to my boys is to prepare them to leave the nest, to successfully function on their own—how can they do that if the only thing they know how to “do” is technological?

Children are replacing basic life skills with technology skills, as is noted in this AVG Technologies survey:

They’re also not as willing to help around the house. They are constantly vying for tech time and angry when they don’t get it for as long as they want.

They’re not as empathetic or understanding with others, or themselves. There’s been several times where their reaction to a situation was not proportionate to the situation itself. Of course, they’re children and they won’t always act reasonably, but they respond better to life when they aren’t inundated with technology.

A study published in Computers in Human Behavior, noted that children exposed to technology have difficulty understanding nonverbal communication (voice tone, posture, spatial distance, facial expression and eye contact). Once technology was removed for a period of five days, their ability to understand improved.

In another study, it was found that the simple act of reading “develops imagination, induction, reflection and critical thinking, as well as vocabulary,” which doesn’t occur with most visual media. Reading books is essential for these skills to develop.

This leads me to believe that all kinds of hands on activities and interactions with people need to be incorporated into my boys’ lives for them to develop the skills they need to live a fulfilling life.

That’s good to know, but how do I get them to see that, or even be willing to diversify their time with other activities?

Well, low and behold, I’ve also taken a look at my own patterns and found that when I wasn’t using technology for work, I was using technology to relax at night. Our evening resulted in them coming home from school, eating dinner, and while they worked on homework, I sat in front of the television and watched Netflix.

On weekends, even though I was mostly active with them—going for walks, swimming at the local pool and such—it always came back to watching Netflix, even if it was sunny outside and the temperature was warm.

And guess what they were doing while I was watching television? Playing video games.

My boys were only doing what I was doing. Their use was just in a different medium.

I started implementing tech-free nights on school nights, which resulted in our home being less chaotic. We ate dinner without the television on and conversed about our days and what we had done.

All of a sudden homework was easier and less stressful, because we weren’t trying to fit it in between episodes or video game time. We played music together. We read books. We played board games, built buildings with Legos and drew our imaginations on paper with colored pencils.

My boys stopped fighting with each other so much. We laughed more. The hassle of bedtime went away, and all of us slept better.

And when it came to the weekend, technology was allowed as long as it was housed within reasonable time limits. Those limits depended on how they were doing in school and how the week prior had gone.

At first, we had to coax our boys into being willing to do different things, to trust that going without technology for a while wasn’t a “bad” thing. Eventually, they began to develop their own willingness, because they saw us not asking them to do anything more than what we were willing to do ourselves.

Alongside this change, I discovered that we had a tendency to use technology as a babysitter, a silencer for the house, which led to my husband and I doing most of the household chores. Our faulty thinking was creating another challenge: our boys weren’t learning how to take care of themselves.

Our boys have now been able to learn and practice basic life skills, like changing the oil in a car, shovelling snow, washing dishes, cooking, cleaning the litter box and washing laundry.

They’ve also learned how to visit friends and family without bringing their tablets with them.

They’ve learned that boredom is not the end but the beginning of creativity and great ideas.

Amazingly enough, my willingness to honestly assess my own use of technology, instead of me constantly pointing my finger at theirs, offered us, as a family, a way out of our technology rut.

Our goal has been to create balance between our use of technology and our participation in other activities. For us to do that, we’ve had to be mindful of four things:

Who knew my actions could mean so much to my boys’ future. And who knew that my desire to help my boys would, in turn, help me; I didn’t even know I needed it.

And the kicker is, the world doesn’t feel like it’s ending anymore. 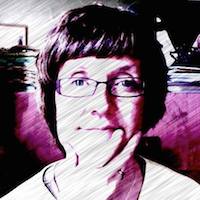