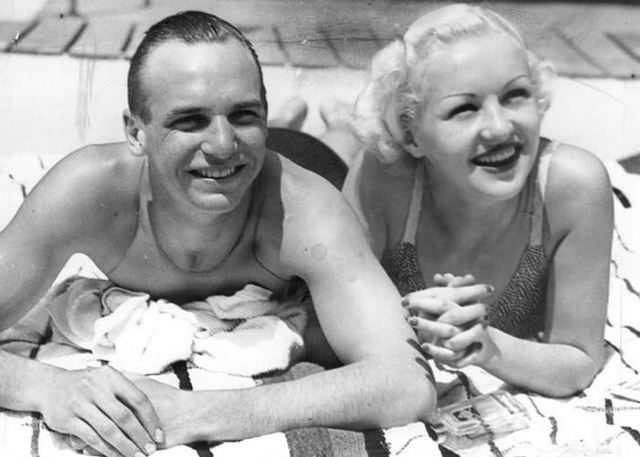 “I don’t remember dating being this hard,” I thought as I squeezed myself into a dress that hadn’t seen the light of day since Justin Bieber was in diapers.

The entire afternoon had been a lesson in humility.

Coming to the realization that my social life was limited to browsing the wine section at Safeway and sitting on the bleachers at Pop Warner football games—neither of which required more forethought than pulling up a pair of yoga pants and sticking my hair in a ponytail—was humbling. Grasping the reality that my underwear was purchased during the Bush years was downright humiliating.

Feeling relatively sure that all of me was tucked in and under control, I did one last pass by the bathroom mirror to make sure my new “Fearlessly Captivating” shimmer lip gloss looked like it was working. It didn’t. It was smeared all over my teeth in more of a “Fearlessly Cannibal” kind of shade, so I did a little recon and headed toward the door.

I heard a voice coming from my teenage son’s room. “What’s that smell?” it said. Knowing that corner of the house as I do, I didn’t know quite how to answer. The question could have been about a number of things found in that direction.

My beautiful man-child’s face, the one I’d kissed so sweetly and held so gently when he was an infant, appeared through his open doorway. “What’s that smell?” he repeated with a sneer. “Is that you? You smell so … girly.”

I checked my texts with a tiny glimmer of hope that perhaps my date had cancelled. He hadn’t. I got in my car, took a deep breath, then headed out the driveway toward our “safe” meeting space.

I’d met him online, which was a weird. My best friend had helped me set up an account on a dating site, and it was the craziest thing ever to find that meeting men wasn’t so different than shopping on eBay. After subjecting this poor guy (and a few others) to the Spanish Inquisition (and a covert background check), he was the big winner who would get to take me on my first date since my 10-year marriage ended. His name was Andy, and he had a nice smile.

As I drove, a horrible thought occurred to me.

“I have a problem,” I said in a desperate tone. She paused, clearly thinking the worst.

“That’s not a problem!” she chimed. “That’s a small miracle!”

I could see this was not going to be the nurture-my-soul conversation I’d hoped for.

“So my problem is this,” I continued. “Somewhere down the line, if things go well…” I stopped. How was I supposed to ask this question?

“…If things go well and somewhere down the line, god knows not today, but after a while…”

“What are you trying to ask me?” she said, clearly losing patience.

I heard a roar of laughter.

“I’m serious here.” And I was. “I don’t want to take them off, you know, in the moment, because that would be weird. Am I supposed to go to the bathroom ahead of time or something? And where do I put them if I do that?”

I pictured myself shoving my comfortably smooth, open-bust, mid-thigh bodysuit into my tiny purse, one Spandex/Elastane seamless leg hanging out in rebellion as I sauntered out of an en suite Sex in the City-style. It wasn’t pretty. I explained this to her. If laughter was helpful, she’d have been goddamn Mother Theresa.

I hung up. She called back. In a sober voice, she shared real wisdom. “If you are with the right guy, you won’t even be wearing Spanx,” she said.

Andy and I met, had a great time, and went out a few more times. He showed me that dating after divorce didn’t have to be scary. Still, we clicked more as friends than anything else, and the question of what to do with the Spanx didn’t come up.

Two and a half years later, I know now that my aunt was right. I’m still dating, although I have narrowed the field down to just one increasingly special person. I don’t know what happened to my Fearlessly Captivating shimmer lip gloss, but I don’t miss it. And the Spanx are nicely folded in the corner of a drawer, their ride-free comfort fit long forgotten.

I’ve learned some love lessons along the way—mostly about loving myself. This shot at love, though unexpected, has been heartbreaking, awful, wonderful, beautiful and amazing. I think I have learned more about myself in these past two years than I did in my first 40 years combined, thanks to the people I’ve met and the experiences I’ve had that have shown me what I need, and what I don’t need.

And once again, when I least expected it, now there’s love.