Philosophical Quotes By 3 Of The World’s Greatest Scientists. 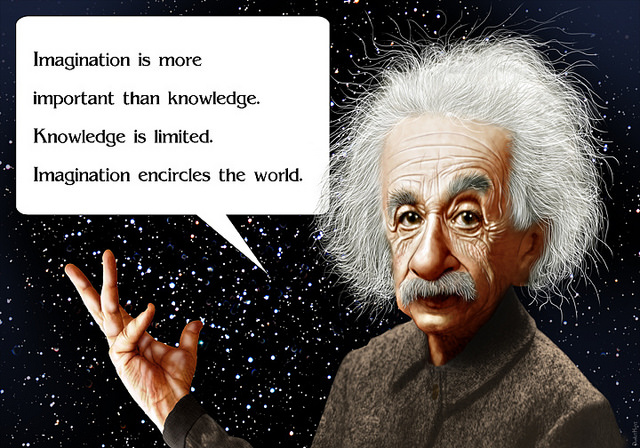 “The scientific man does not aim at an immediate result. He does not expect that his advanced ideas will be readily taken up. His work is like that of the planter—for the future. His duty is to lay the foundation for those who are to come, and point the way.” ~ Nikola Tesla

From the beginning of time man has been trying to make sense of the universe and understand not only how it formed, but also how everything that formed in it was formed. Through experiment, research, unwavering belief in inventions and remarkable outside-the-box thinking, human beings have gone to all lengths, even risking losing their own minds, in a desperate attempt to find the answers to the unexplained mysteries in our world.

Although there are many geniuses to choose from, I chose three due to their alternative and unconventional ways of following their passions without any regard for the doubts and opinions of others. Throughout the whole of their lives they relentlessly pursued answers while remaining true to their art.

Without any shadow of a doubt, Nikola Tesla makes an appearance at the top of the list and no amount of praise or explanation could do him justice.

Nikola Tesla 1856-1943, was a Serbian-American inventor, engineer and physicist who, despite providing the world with some of its most fundamental inventions, died alone and penniless. He is a classic example of a man who lived for his art and one who was born way ahead of his time.

Tesla was a genius and a visionary and although he has hundreds of patents to his name, here are just a few of his life-changing creations: harnessing and distributing light, alternating current, x-rays (which include a direct correlation to Kirlian photography), remote control, the electric motor, robotics, wireless communication, free energy and many believe he was also the first to invent the radio.

“If you want to find the secrets of the universe, think in terms of energy, frequency and vibration.”

Despite much of Tesla’s work not being formally credited to him, he is still widely known as being one of the most remarkable and intelligent men the world has known. He had a photographic memory and was known to be able to read a whole novel and then recite it almost perfectly.

I would definitely say he is the most underrated genius the world has seen and if he were alive today, with the amount of technology available, I can only begin to imagine how much further advanced the scientific realms would be. For certain, we would be living with free energy and an unimaginable amount of other remarkable discoveries.

“The scientists of today think deeply instead of clearly. One must be sane to think clearly, but one can think deeply and be quite insane.”  ~ Nikola Tesla

“I do not think there is any thrill that can go through the human heart like that felt by the inventor as he sees some creation of the brain unfolding to success… Such emotions make a man forget food, sleep, friends, love, everything.”  ~ Nikola Tesla

“Of all things, I liked books best.” ~ Nikola Tesla

“In a crystal we have the clear evidence of the existence of a formative life-principle, and though we cannot understand the life of a crystal, it is none-the-less a living being.” ~ Nikola Tesla

Richard P. Feynman 1918-1988, was an American theoretical physicist well known for his work in quantum mechanics and earning the title, “The greatest human calculator ever to have lived.”

Feynman’s innate curiosity and innovative mind led to many major advances and earned him a Nobel Prize for physics in 1965. He described how he revolutionized quantum mechanics very succinctly in his quote, “Anything that is secret I try and undo.”

It is thanks to Feynman’s scientific logic that we discovered the inner workings of atoms and he also provided an insight into the earliest existence of the universe.

Although Feynman was a huge critic of philosophy, explaining, “philosophers are always with us, struggling in the periphery to try to tell us something, but they never really understand the subtleties and depths of the problem.” Ironically, he is famous for some brilliant philosophical quotes. He had a unique gift of being able to explain difficult and complex scientific problems in a simplified and easy-to-understand way. This led him to become a lecturer, with many of his profound teachings now being cultural classics.

“But I don’t have to know an answer. I don’t feel frightened by not knowing things, by being lost in a mysterious universe within any purpose, which is the way it really is, so far as I can tell. It doesn’t frighten me.” ~ Richard P. Feynman

“I can live with doubt and uncertainty. I think it’s much more interesting to live not knowing than to have answers which might be wrong.” ~ Richard P. Feynman

“I was born not knowing and have had only a little time to change that here and there.” ~ Richard P. Feynman

“You can know the name of a bird in all the languages of the world, but when you’re finished, you’ll know absolutely nothing whatever about the bird… So let’s look at the bird and see what it’s doing—that’s what counts. I learned very early the difference between knowing the name of something and knowing something.” ~ Richard P. Feynman

Albert Einstein, 1879-1955, was a German theoretical physicist. His insight, inquisitive mind, wisdom and humor gained him the title of the most profound thinker of the twentieth century. He is known as one of the most influential people in history due to his groundbreaking theories on time, space, matter, energy and gravity.

Einstein developed the general theory of relativity, however, his theories on relativity were questionable at the time, so although he won the Nobel Prize for physics in 1921, it was for his discovery of the law of the photoelectric effect.

One of the most groundbreaking equations of the twentieth century came thanks to Einstein’s scientific and world-changing calculation, E = MC^2, which explained the relationship between energy and mass. The calculation translates to Energy (E) = equals Mass (M) times Celeritas/The Speed of Light (C) squared.

Einstein also talked in detail about how everything in the universe is connected, so when one event happens it has the ability to affect all other things. The term for this is Quantum Entanglement and the meaning of it is that energy affects other energy by intertwining, tangling and interlocking. The friction this entanglement causes allows energy to eternally communicate, regardless of time, space or distance.

“Everything in life is vibration.” ~ Albert Einstein

“The most beautiful experience we can have is the mysterious. It is the fundamental emotion that stands at the cradle of true art and true science.” ~ Albert Einstein

“Insanity: doing the same thing over and over again and expecting different results.” ~ Albert Einstein

“Falling in love is not at all the most stupid thing that people do—but gravitation cannot be held responsible for it.” ~ Albert Einstein

“The important thing is not to stop questioning; curiosity has its own reason for existing.” ~ Albert Einstein