You Cannot just “Get Happy”—or Can You? One Musician’s Journey. 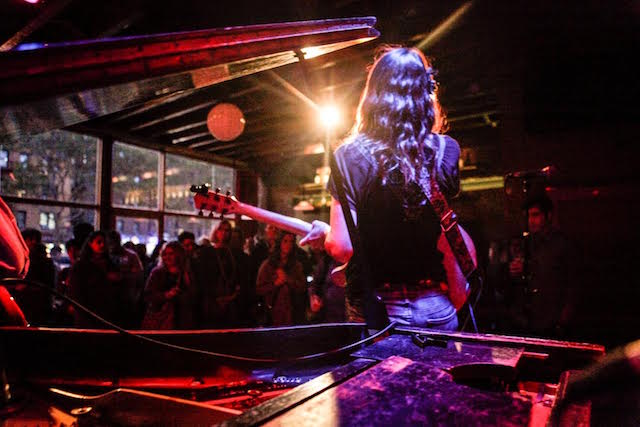 So your dreams wouldn’t let you go, and you risked it all to chase after them and their promises of making you happy, but somehow you ended up more miserable than ever.

What do you do now?

This is one version of that story. This is how the complete surrender of giving up became my turning point to choosing happiness:

First, go to college. Partly because you’re supposed to and partly because being homeschooled—nay, downright unschooled—and having a series of friends’ parents tell you, “I’m just worried you won’t be prepared for the real world,” has given you a hunger for some sort of academic rigor, just to prove you can be good at it.

Then start worrying that you’ll never be able to pay your loans. Take the job that makes you feel secure. Work full time while your true passion knocks harder and harder on the door you closed.

You sit down at your piano one day, practically paralyzed with depression, and visualize music as a balloon far above you at the end of a long, long string that gets more fragile and imaginary, the further you let it float away. Finally, reel it in. Take the leap. Quit the job. Believe you can make your dreams come true.

Take a long series of other jobs you care less about so you can have a little more brainpower left over for this thing that won’t stop yelling at you. Work as a substitute teacher. As a nanny. As a Lyft driver. As a one-time model. As a hot pink bear at a baseball stadium. As a kids sewing camp teacher. As a youth program leader. As a songwriting workshop facilitator. As a weed trimmer. As a social media content writer. Work three jobs at a time, then four. Or why not five? Figure out, so, so slowly, how to do this thing a little bit. And then a little bit more. Wish you had taken a few business classes in college. Or that you hadn’t gone to college.

Spend three years with your fists up. Fight to survive, to pay rent, to buy food. Fight to be paid anything at all for this thing you can’t not do. Fight to have any energy left for it. Fight to explain to your family why you keep doing it when it doesn’t make any logical sense.

Fight to feel anything but bitter and defeated.

Lose this fight more than you win it. Wonder why you are still trying to do this thing when you’ve never been more miserable. Wish you could just quit. Try to quit. Fail at this, too. Know you are simply one of so, so many.

Walk home from the grocery store carrying, in one small box, all the food you could afford for the week, and imagine how you’ll respond if some kid asks you how to do this thing you are trying and failing so often to do, as if you are Rainer Maria Rilke writing a letter to a young songwriter, as if you are some sort of role model. Tell them (in your head) not to do it. Tell them that unless it is the only thing that makes sense to do even when it doesn’t make any sense at all, let it go and do something that everyone says is sensible. Tell them if they can’t live without it, if it is every breath they take, if it saves them even when it’s killing them, then, and only then, and only if they believe themselves to be brave and indestructible, try to make it a career.

Get tired. Get so tired of fighting and of barely making rent. Get tired of your friends seeing you on glamorously-lit stages, seeing the glory of the social media photos, saying how great it is to see you doing so well, but rarely asking if that’s the real story.

Get tired of the peanut butter and jelly, the ramen, the near-misses (like the time Sarah McLachlan’s keyboard player got you backstage passes to a show and a crossed signal meant you missed the part where you were supposed to meet her), the maybe-but-not-quites (like when a venue asked you to open for Colbie Caillat and you waited until 3 days before the show to hear that she was bringing her own opening act), the “you should try out for The Voice’s.” Get to the point where you’re crying on the phone to your mother, even though you expect nothing more than the usual flippant “think positive!” Tell her she doesn’t know how painful it is to work so hard for the one thing you want and never get any closer.

Listen when she says she does know. Listen to the story she tells you about surrendering. About how she could never be happy until she could accept that the one thing she wanted most was something she couldn’t do anything to change. And that she was not going to let it make her miserable anymore.

Give up. Not on the music—never on the music—but on the idea of it becoming anything other than it is. Imagine that this is still your life ten years from now. Practice being ok with that. Imagine that in ten years you are still flat broke and you have no retirement plan and you haven’t been able to make a single payment on your student loans and you’re f*cking happy anyway. Know that this is a distinct possibility. Don’t let it stop you from dreaming big and aiming high. But do let it stop you from being disappointed. Do let it bring on the intense gratitude for every little thing that goes “right.” Do let the close calls bring you just as much joy as the “real thing.” Remember this is all the real thing. Remember that even when it feels like it isn’t a choice, even when it definitely isn’t a choice, you are still choosing it.

Realize that your community, as much as they want to look past the hardship and believe in the glamour and success of your life chasing big dreams, is there for you in big, priceless ways to catch you when you fall. Your community makes you promise not to quit this thing you have wanted so desperately to quit so many times. They have lifted you up with their tax returns and notes that say “I believe,” with gift memberships to AAA, with Kickstarter donations, with personal loans, with guest rooms and even hotel rooms in unfamiliar towns and with beautiful paintings inspired by your lyrics. Realize that maybe everything you’ve been working for has been slowly beginning to happen. That the goals are possible. And not only possible, but within reach.

Remind yourself that even if they weren’t, you decided to be happy. You were happy before these things were happening. You were happy even when you didn’t think the work was paying off. You decided to be happy even when it was the most illogical thing for you to be, which is sort of appropriate, because you’re not trying to pretend anymore that you’re not pursuing the most illogical career you could pursue. It’s all so ridiculous that it makes you kind of giddy with how little sense it makes and how gleefully you’re doing it anyway and how few f*cks you give about what anybody thinks these days.

And this doesn’t mean you don’t still get depressed, because “living your dream” does come with some pretty insane highs sometimes. And who doesn’t get depressed when the latest high wears off and what’s left is less dollars than you can count on two hands and the part of the job that feels like an army crawl under barbed wire on your knees? You still have to remind yourself that this is normal, that it’s ok to succumb to the blues here and there.

And sometimes you still catch yourself starting a sentence with all the negative rhetoric about how much the industry sucks and how brutal it is out there—and it still is—before you remember you are not subscribing to the prescribed misery anymore. Before you count all the ways you have it so, so good. Before you realize you’re counting those things more often than the dollars in your bank account now and feeling the weight of what it means to say “I’m so rich” and not be talking about dollars at all. It means more because it was so, so hard to get here. It means more because you clawed your way up. It means more because up means something different than it used to—it’s not a marker of success or accomplishment, but an acknowledgement of strength and resilience. It’s a scrappy kind of bounce-back that has less to do with getting back up and more to do with letting go of the outcome.

And ultimately this is the prize piece of wisdom you have earned, the one thing you can offer like a buoy to anyone who’s still swimming in the deep sea, still fighting for every foothold to answer the call of their dream.

You can’t hold outcomes in your hands. But this? Look around you. All the fights and surrenders that have made you who you are? These are your story. You get to hold them proudly. 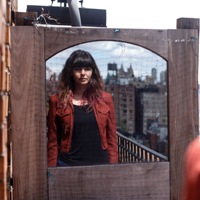