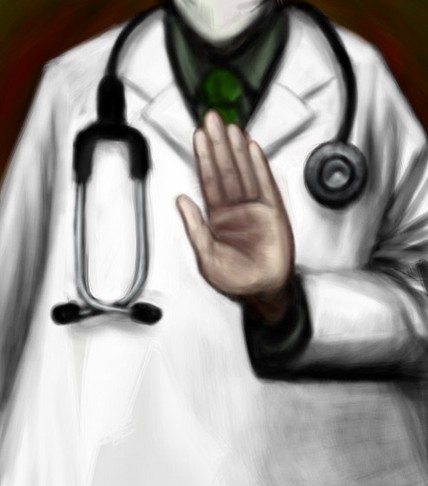 One of the most common, universal and cross-cultural overarching human philosophical ideals is the importance of balance.

Taoists cite the yin and yang, Buddhists are reminded to seek â€śMiddle Way,â€ť Confucius venerated the â€śDoctrine of the Mean,â€ť the Hermetic mystics eulogized Hermes Trismegistusâ€™s insistence that â€śAs above, so belowâ€ť—an elucidation mirrored by the scientific observation of countless examples of congruity between microcosm and macrocosm. Nature and evolution do virtually all they do in the service of maintaining a natural equilibrium and things go very wrong in the human body when our balances are disturbed.

The pursuit of balance is an admirable human endeavor, and while itâ€™s sometimes overlooked, the seeking of intellectual balance is as important to a fulfilling life as the physical and spiritual harmony.

Being intellectually inflexible and intractable in beliefs is almost never good. For instance, thereâ€™s a tendency among my friends and colleagues interested in alternative medicine and treatment options to presume that any alternative treatment is healthier, safer and/or more efficacious than the â€śWestern Medicine.â€ť Itâ€™s a conclusion thatâ€™s comparable to the one made by my friends and colleagues who are absolutists about Western Medicine and dismiss all alternative treatments as nonsense.

That sort of unbalanced perspective is not just wrongheaded; it can be downright dangerous and sometimes even deadly. Three examples of useless and even dangerous pseudoscience (something thatâ€™s couched like an effective, reasonable, logical or scientific theory but isnâ€™t) come to mind immediately. Those are:

A holistic approach to oneâ€™s well-being isnâ€™t only important, itâ€™s vital for true healthiness–but homeopathy should not be part of a holistic regimen.

Homeopathy was created, or at least named, in 1796 by Samuel Hahnemann, based on his belief that all disease was the result of malevolent â€śmiasmsâ€ť. To treat these miasm-engendered diseases, Hahnemann employed the philosophy of â€ślike cures like.â€ť The basic claim is that a substance thatÂ causes the symptoms of disease in healthy people will cure similar symptoms in sick people. The process involves finding a substance that actually causes the symptoms of or causes mirrored symptoms in healthy people similar to those suffered by the ill person. Then, that substance would be diluted down many thousands (even millions) of times and administered to the afflicted.Â

For example, if someone overdosed on opium, this practice would advise a speck of opium be diluted in water or alcohol past the point that any trace of it remained with the resulting solution being administered to the afflicted. Or if someone were suffering from a fever, a similarly diluted solution of some herb that caused fever-like symptoms should be administered. The more diluted the substance, homeopathy holds, the more effective its treatment potential. As most homeopathic solutions have literally no trace of their diluted substance, the argument is that the water retains the molecular â€śmemoryâ€ť of that substance.Â

Of course, human experience, seeming common sense and all of the available evidence suggests that this isnâ€™t the case. And for that we can be thankful, because if the water retained the memory of whatever substance, its memories of millennia of human and animal waste, natural poisons, radioactive elements and other carcinogens, thousands of different varieties of pollution and caustic toxic waste would remain as well.

Itâ€™s certainly easy to understand the widespread apprehension inspired by any governmental body of adding chemicals to the water supply. However, the addition of fluoride, according to all available evidence, scientific and anecdotal, is apparently not something that should worry us. In fact, fluoridated water has proved a boon to us, or at least to our teeth.

The contention forwarded by the anti-fluoridation camp is that fluoride is a dangerous, poisonous chemical and (the most common conspiracy theory holds) the government adds it to keep the population docile. However, thereâ€™s no evidence that this is the case, either scientifically or anecdotally; no study on the subject finds any ill-effects at all from fluoridated water. Nor do we find that the populations of cities without fluoridation are any more spry or healthy than their counterparts anywhere else.Â

The anti-immunization movement has been one of the most destructive pseudoscientific health hazards of the last few decades. In 1999, the vaccine preservative thimerosal was phased out of production from all European and American vaccines. Although there is no evidence that thimerosal was at all dangerous, it was removed from vaccines just in case due to concerns (unsupported by evidence) that it contributed to climbing autism rates. Unfortunately, that attempt to soothe public concerns backfired and a vocal minority became convinced that thimerosal must indeed be dangerous.

The hype drummed up regarding the link between vaccines and autism has resulted in a dangerous trend of children going unvaccinated. Thousands of kids are getting sick and many dying from diseases that had literally disappeared from our country before the immunization â€ścontroversy.â€ť Perhaps the most troubling feature of this trend—babies too young to be vaccinated are now dying from pertussis and other illnesses such as measles borne by children whose parents didnâ€™t vaccinate them. The removal of thimerosal from vaccines has had absolutely no effect on the rising rates of autism and unvaccinated children are absolutely as likely as those who get their vaccines to develop it.Â

The point of mentioning those things isnâ€™t to bash on alternative treatments—just the opposite. Faddish and/or pseudoscientific treatments or health scares that are patently and demonstrably false and dangerous like anti-fluoridation campaigns, homeopathy and anti-immunization movements do more harm to legitimate, helpful alternative treatment regimens than the most cynical skeptic ever could.

The problem with a total adherence to Western medicine, itâ€™s often been pointed out, is that it generally focuses on symptoms rather than root causes. A holistic approach to medicine and health is one that incorporates the physical, psychological and spiritual components of comprehensive wellness. For the physical, a traditional medical solution is often just â€śwhat the doctor ordered,â€ť so to speak. For instance, I used to get really nasty bouts of strep throat, and based on my experience, antibiotics are a really, really great to alleviate that. To treat the strep I got to a doctor, to prevent the strep in the first place, I look to alternative.Â

My particular alternative is the drum circle. That may not sound as â€śtraditionalâ€ť an alternative treatment as acupuncture, deep tissue massage, yoga or the targeted use of supplements, but itâ€™s surprisingly cathartic, and has a variety of positive effects on me. Grabbing a djembe drum and joining a group of friends or strangers for the finding of a shared rhythm that belongs to the group as a whole and everybody in it individually is more refreshing for me than a hot shower and a cold beer.Â

I imagine itâ€™s something one has to experience to fully appreciate, but being a part of a circle that has comfortably found its place becomes a sort of animated, group meditation. And no doubt youâ€™re already aware of meditationâ€™s tremendous capacity for de-stressing—theyâ€™re even starting to teach it in college. Beyond that, there are the less glamorous but no less important benefits of mild exercise, improved mood and the satisfaction of companionship.

Thatâ€™s my mental and spiritual medicine, and one I wholeheartedly suggest. Whatever yours is, though—incorporating that with the often astounding medical advancements made available in recent years is precisely the sort of balance that leads to a longer, healthier and happier life. 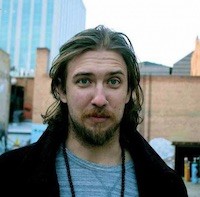 Dear Elephant: Organic Groceries are Ugly Expensive right now but we’ve found a hack at Elephant and we’ll never go back.Â  Check it out and save BIG $$, promise >>

Â  Find out your “Sexual Animal”:a Feminine Ritual to Heal your Inner Girl &
Tap into the Power of your Sensual Womanhood.

Dear Elephant: Organic Groceries are Ugly Expensive right now but we’ve found a hack at Elephant and we’ll never go back.Â  Check it out and save BIG (and it’s delivered)>>