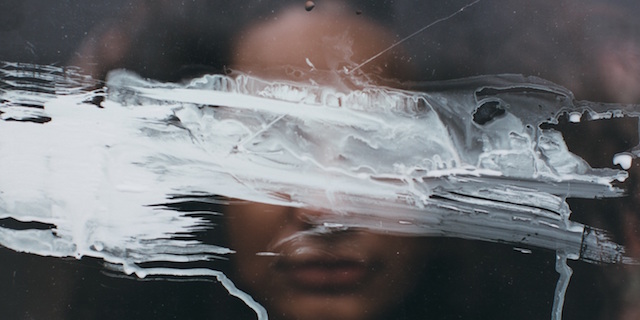 I will no longer keep quiet about it.

But would I take it back? No.

I am 36 now, and it has taken me this long to work through the shame, guilt and embarrassment that I put on myself over this event. I never wanted to talk about it, because it seemed to me I never knew who was waiting around the corner with their harsh words and judgements.

Abortion is more common than we realize. Did you know that half of American women will have an unintended pregnancy, and three in 10 of those will have an abortion? In 2010, there were upwards of 155 million American women. You do the math.

It’s disturbing when, as a society, we shame something so many of us have to go through. It was painful for me to go through it and then keep it to myself for so long, especially amongst other women who might understand the difficulty of such a choice.

I would hear women I looked to for compassion say harsh, judgmental things, and it would hurt.

I kept it in, and I carried it. Sometimes I would think of my child and wonder, but I was robbed of the grieving process.

It wasn’t a decision lightly made or lightly lived with, but it was the best decision at the time—for all involved. I carried this for years, as did many other women I have recently had the honor of meeting.

I am now in a place where I can comfortably say, “Don’t judge my life until you have walked in my shoes.” And I stand firm in this belief, as I do in all the decisions that brought me to the place I am now. I am healed and grateful for my paths in life, because without them I wouldn’t have found this space of love and compassion in which I now live.

I got pregnant when I was homeless and strung out on heroin. (A whole separate issue carrying immense guilt, shame and social stigma.) While, yes, both issues were of my own making and I take full responsibility for them, I believe we need to stop judging things we don’t understand.

I believe that encouraging conversations about the things we try to pretend don’t exist is important and vital to our evolution as human beings.

It was traumatizing and painful. It was scary, yet I do not regret it. I would not have cared for that child at the time. A child would not have gotten me off drugs any better than my willpower—at the time. It took 10 more years for me to sober up. What would have become of my child in that period of time? I cannot know for sure, but I believe in my innermost core that that soul was better off going back and reincarnating to a life where it wouldn’t be forced to live as a victim of my poor choices. Choices which carried immense suffering and darkness.

It’s easy to say, “I would never have an abortion,” or, “no matter what I would have that baby.” But how can we truly know what we would do in a situation until we are there? I’ve said it a hundred times about other things.

Would you, really? Do you think it fair of me to force a life to be born to a mother who is strung out and has no desire to change? Do you think it right to force a child on someone incapable of caring for it? The baby would have been born addicted, and upon leaving the womb would have been forced into detoxification from heroin, which itself is a tortuous experience. When I was in no position to care for the child, he or she would become another cog in the system of social care. The very system those who want to take away my right to choose would also do away with.

“Have that baby, but don’t ask us for help when it’s born and you can’t care for it.”

I don’t write for sympathy, or to tell anyone what to believe. I write to share a story and give a voice to all the women who will suffer in silence carrying around a burden they should not have to bear alone, because there are millions of us.

You are not alone.

I write to provoke thought. It is true wisdom and humility to be able to examine our own beliefs and admit that perhaps we are being unreasonable. It is love and compassion that allow us to pause in our egotistical judgments of others and cut them some slack for doing the best they can do with what they have at any given moment.

Shaming someone for something we don’t agree with or understand is not the answer.

If we truly want to change something, we have to sway it with its opposite. A large percent of abortions arise from fear, ignorance and irresponsibility. Mostly, we make the difficult choice because we feel there is no other way.

Women with careers get pregnant, and because America is so success-driven and unfriendly toward maternity leave, they are forced to decide—career or child? Not an easy decision; they should not be shamed for it.

Birth control is widely available, yet instead of teaching openness and responsibility, we teach secrecy and shame. One year of sexual education in sixth grade just doesn’t hammer the points home.

If as a society we focused on empowering and educating our young women, while encouraging open and mindful conversation on all topics, I would bet abortion rates would decline rapidly. Banning abortion does not solve anything; it merely perpetuates the vicious cycle of ignorance and ill-equipped parents.

Abortion is not a black and white issue. It’s deep and complex, and it has a human face to every side of it. Let’s stop shaming, and let’s find our humanity, our love and our respect for one another, especially as women.

For the ones suffering in silence, I am here too.