Letter from the Good Wife: Thank You for Breaking Up my Marriage. 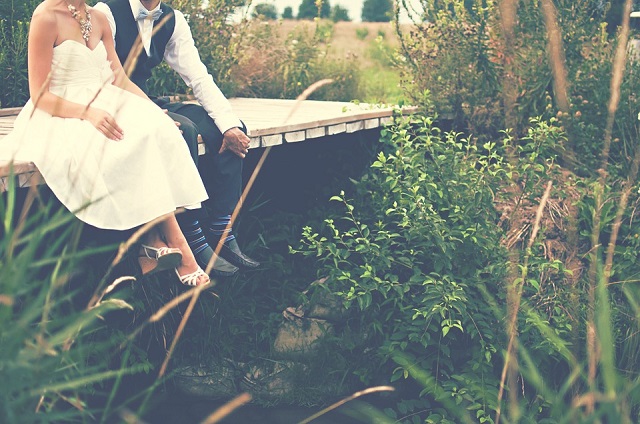 “Never love anybody who treats you like you’re ordinary.” ~ Oscar Wilde

Marriages aren’t supposed to end—but sometimes they have to.

Maybe it’s unconventional that I am thanking you, but the truth is—I was stuck in a situation that I just couldn’t see my way out of.

I had become so complacent with being unhappy that I didn’t even remember what happy felt like, until you made me flush pink and hot with your words dripping in sugar—and the excitement of not just breaking the rules, but bending and twisting them every which way.

Quite simply, you woke me up.

The problem is that I had become so accustomed to doing what I was supposed to that I never stopped to think if I wanted to be doing it any longer.

I operated on autopilot for far longer than I’d even realized—going through the motions of life and marriage, accepting that unhappiness and loneliness were just part of the deal.

That is, until you came along and reminded me that underneath my cape of motherhood—and the shroud of being a good wife, which suffocated me—I was still a woman.

I was a woman who was far from satisfied—not just unsatisfied by her husband, but by her life.

The thing is though—I was supposed to be the good wife.

It was a title that I had self-designed and fulfilled with each choice that I made. No one pressured me to stay in the relationship, despite how many red flags presented themselves, and no one forced my hand to marry.

But the thing is, at the time that I got married, it was because it was what was expected of me—and maybe, in part, I wanted a wedding more than I actually knew how to have a marriage.

I took my people-pleasing nature and directed it fully and completely toward my husband.

Whatever he did or didn’t want me to do—I did.

And in the process of becoming the woman that I thought I needed to be—I lost myself.

Until you reminded me of everything that a woman could feel, when she wasn’t asked to be anything other than herself.

You came in and crashed through everything I had built for myself—but if you hadn’t, then I would never have realized just how shaky the foundation had been to begin with.

Sometimes people stay together because leaving seems impossible, not because life without that other person is inconceivable.

I wasn’t always thankful for the way that you didn’t take “no” for an answer, and I can’t even count how many times I pushed you away or begged for whatever sparks that existed between us to finally die out, so they could never be rekindled.

But thankfully you never listened to me—because the only way I became able to discover the woman I am was by you making me realize that I wasn’t living the life that I could be.

You challenged me to do everything I’d told myself I shouldn’t—first and foremost, being happy.

Yet even though you helped facilitate the break up my marriage, the truth is that it had already died a thousand slow deaths before your lips ever touched mine.

Sometimes we need someone who can show us a mirror of ourselves, and with that, all of the areas that we’re lacking in or the ways we’re being held back.

There is no doubt in my mind that you were my mirror—and I will always have love for you because of that.

I had built walls so high, neither my friends nor family could get in—and besides, I made my marriage look so damn perfect, no one would have ever guessed that behind the smokescreen there was a woman crying and wondering how she got there in the first place.

But you saw something, even though I had tried to hide it from the world.

And I will forever be thankful that you did, because if you hadn’t, I don’t know if I would have ever found the strength to leave in search of something more—not just who I am, but for the kind of life that I truly wanted to live.

It doesn’t matter what your intentions were—whether they were based in primal desires or if your heart fluttered just a bit more when my head was pressed against your chest.

Because either way, I needed to experience each and every thing that I did with you—and there will never be a time that I won’t be thankful for all that we have gone through.

The truth is that I was mad at you when we were actually in the moment—because in my eyes, it seemed that if you didn’t exist, I could keep choosing normalcy and complacency.

I could forget about the man who kissed me and set off fireworks around us. A man who simply has to slide a fingertip along my arm to excite me—someone who sees everything I try to hide, with one glance in my direction.

But what I’ve realized is that I was never actually mad at you—but I was frustrated by my feelings for you, because no matter how many times I tried to erase your name or place you back in the friend zone, you never truly did what I wanted you to do.

That’s the thing though—when someone comes into our lives who is meant to change us, they never abide by our precious rules or fears.

So thank you for helping to open my eyes to everything that I’d been missing out on by just sitting on the sidelines of my own life.

Thank you for irritating me with what I felt for you, because without that—I would never have realized just how much love I have inside of myself to give.

But most of all, thank you for never taking it easy on me—because I needed someone to come in and break apart my marriage, so that my life could finally begin.

And I will forever be thankful that person was you.