No Matter How Hard you Love Him—You Can’t Change Him. 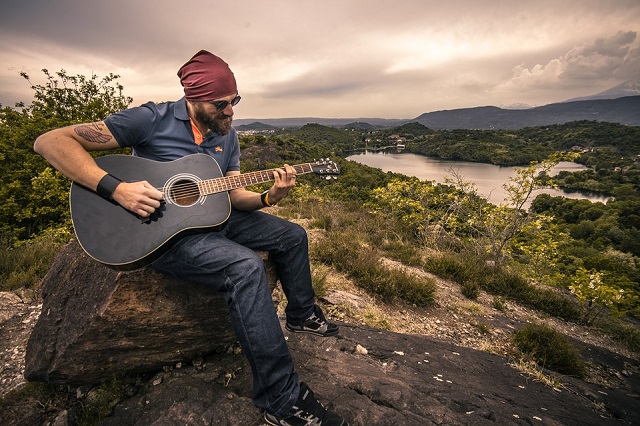 “You can’t change someone who doesn’t see an issue in their actions.” ~ Unknown

I know that you love him, darlin’—but the truth is you won’t ever be able to change him.

It may be hard to fully comprehend, but he’s not a work in progress—nor is he not living up to his full potential.

And no matter how much time you spend loving him, or how often you try to help him discover his greatness, you simply won’t ever be able to fix a man who doesn’t want to see what is wrong.

He just is who he is.

I know that you have fallen in love with the man that you think he almost is—but honey, almost doesn’t count.

It’s not that he’s a bad person, but he just may not be a good match for you.

There is a difference.

Deep down you know the truth already—because any love that you are worthy of, isn’t one that is going to make you cry as much as you have.

It’s not even that he’s really done anything wrong, but you also have to start to realize that he hasn’t done all that much that is right either.

There is a big difference between a man who is a work in progress, but who still strives to grow each day, versus a man who takes your heart and love for granted, giving you nothing in return.

At any given time, you have the power to decide to cut your losses and move on.

No one is saying that it will be easy, but the thing is—how much more time are you willing to waste with a man who doesn’t see the way the sun gets brighter each time you smile?

A man who sees his future reflected back through your eyes—and who awakens each day wanting to be the best man that he can be, simply because he knows that is what you deserve.

I understand the attraction of potential—of creating something from nothing—but this isn’t an art project or a home improvement endeavor. This is love we are talking about.

Remember, you can’t help someone who refuses to help themselves.

And my beautiful sweet woman, you don’t need someone who is just half the man that he could be, when you’ve done the work to become the woman you’re destined to be.

You aren’t seeking another half to complement your unique soul, because you have already realized you are whole—and any man who comes into your life needs to be just as full as you are.

I know that it’s not easy, but the truth is that nothing will ever change a man except the man himself.

It doesn’t matter how much you love him or how much you try to build him up—it won’t even matter if you cry and let him see how his actions and words cut you in places you never knew you could feel pain.

Because the thing is—it’s not about you—it’s about him.

He will act the same way with another woman that he acts with you, and more than likely, he probably already has.

You can’t change him, nor can you fix him—but you can choose whether to stay or not.

To stay though doesn’t mean that you’ll wait with baited breath for him to one day wake up and realize what he’s had in front of him all along, because it won’t happen—if he hasn’t already seen the way the sun glints of your hair or the way your hand fits into his, then it is unlikely that he ever will.

But whether he does or not, you have to understand that it’s not a reflection upon you, my beautiful goddess.

Just because one man has failed to see the magic you spin, while simply being yourself, does not mean that fact will be lost on another.

All it takes is one man who is brave enough to take a second look, and realize that—while maybe you are something he’s never quite seen before—you are somehow exactly what he’s always wanted.

What you accept is what will continue, and so the longer you accept being in a relationship that is less than what you deserve, the longer it will take for what you’ve been waiting for to find you.

Because you won’t stumble across the love you desire if your heart is still weighed down from trying to change a man who likes himself exactly as he is.

The thing is, my beautiful queen—do you really want to have to try to convince anyone to be with you?

I promise that the love you seek won’t be one that you have to beg, plead or sacrifice for.

It will meet you halfway, with honesty and hope shining brightly in the palm of his hand, as valuable as the most precious of gems.

You aren’t giving up on him if you walk away—but you are making the decision to start putting yourself first.

That is a choice we all know has been a long time coming, but don’t bother beating yourself up wishing you had done it long ago.

Because you needed to travel the worn and dusty road that you have, but the thing is—you can see the truth in your heart, even if you haven’t yet quite found the words to say it aloud.

People aren’t projects, and no matter who we are, we can’t be made to do something that we just aren’t ready for.

But that’s okay, because you can still send him love, even as you have decided that you can no longer stay.

You can choose to stop trying to change someone who doesn’t see anything wrong with how they are acting, simply because you have made the choice to make yourself happy—and that also means knowing exactly how you deserve to be loved.

Because I promise you, my sweet amazing woman—no matter how much you love the wrong man, he won’t ever be able to change into the right man for you.