Thank You, Bill Cosby: How the Takedown of America’s Dad Strengthened the Truth-telling Revolution. 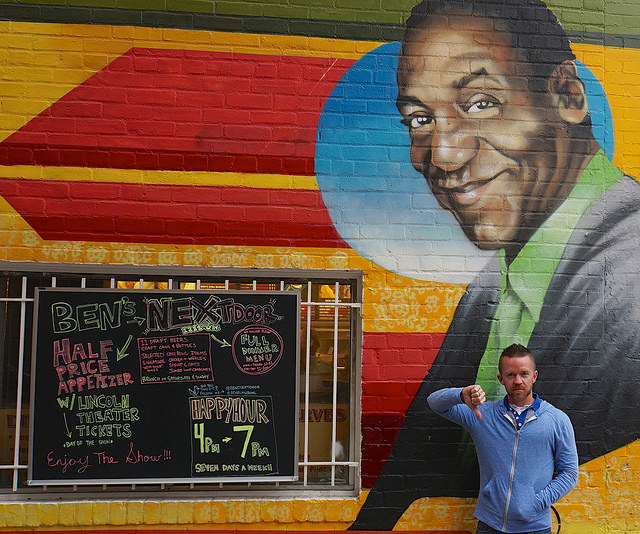 When it comes to Bill Cosby and the highly publicized allegations of his sexual assault of close to 60 women over the last four decades—it’s safe to say that a legacy has been shattered.

Scratch that: A lie has been shattered.

It’s little wonder, given the weight of Cosby’s fame and reputation, that it hasn’t been until this age of social media (in which a throwaway comment can go viral and lead to nothing less than a public takedown) that he’s being forced to face the music.

Something big happened when the old accusations came back around: People actually believed the women. After decades of neglect, their voices suddenly mattered.

Sexual assault has always been a sad case of “he said, she said”—and “she” is almost always on the losing side. Even in 2016, women’s stories—especially the ones that detail men’s abuse of power—are doubted, discounted, and pushed aside to maintain the status quo.

That’s just not going to cut it anymore.

Today, over 42 million American women use social media to share their stories and experiences. While women may not run the world (at least not yet), they certainly dominate the Internet. More women than men have blogs. More women are seeking and creating virtual communities that offer them the kind of support and validation that has for too long
eluded and divided us.

More women are finding their voices—especially via the Internet.

It was the Internet that created this firestorm, to begin with. When comedian Hannibal Buress’s comedy routine about Cosby’s alleged sexual assaults went viral, doubt was once cast on America’s favorite dad…with even more scrutiny than 20 years ago.

In the fallout of the Cosby case, society has been forced to interrogate its vilest stories about women: They lied. They exaggerated. They didn’t take responsibility for their actions. They deserved it. Their stories, their rights, their peace of mind are just not as important as those of a powerful, wealthy man.

In a world where the intimate, personal narratives of everyday women and men are shaping the face of politics and the media daily, women are no longer willing to give in to the obsolete idea that we need to “shut up, because nobody will listen, anyway.”

The consequences of tarnishing the reputation of a Cosby are simply not as big as the consequences of remaining silent, burying our stories, locking our skeletons in the shame closet, brainwashing ourselves to believe that we’re just going to be shouted down by the court of public opinion, and thinking we shouldn’t even bother.

What we are seeing is nothing short of a truth-teller revolution.

Marginalized women are not allowing themselves to be bullied by the protectors of the status quo. Together, we are stepping up to reveal that, ladies and gentlemen—the Emperor has no clothes! And we’re no longer willing to be “polite” or “respectful” by shutting up about it.

In July 2015, New York Magazine published a landmark cover story featuring 35 of Cosby’s accusers—no longer anonymous or shamed, but standing tall and proud in their truth, and joined together in solidarity.

Of course, naysayers still exist. Just as it happened so many years ago, aspersions continue to be cast on Cosby’s accusers and their character: “She’s a liar.” “She just wants his money.” “This is a premeditated takedown of Cosby, who has done so much for black people and America.”

But even this backlash isn’t strong enough to stop the stories from coming…and they are continuing to seep into public awareness. In magazines, Internet forums, talk shows, and lecture halls across the country, women are sharing stories that revolve around the same familiar motif: violation by a man masquerading as a mentor, who believes himself to be above reproach, the resulting shame and silence, and the empowerment that results when we own our experiences, join with others who have experienced the same thing, and refuse to back down and shut up.

Our current landscape—in which a reputation destroyed by social media can serve as justice in and of itself—has ensured that, even if Cosby is never convicted, he won’t get off with a simple slap on the wrist. Collective amnesia will not serve to reverse the massive hit that his reputation as America’s Dad has taken. After the allegations rocked America, many of Cosby’s previous honors and titles were revoked, and reruns of his show were pulled from syndication.

Bill Cosby’s legacy has been decimated. For some people, especially long-time fans, that’s a tragedy.

But there are more significant tragedies. For instance, every 107 seconds, an American woman is sexually assaulted. Each year, there are 293,000 victims of sexual assault; 80% of them are under the age of 30 and 44% are under the age of 18. Sixty-eight percent of sexual assaults are never reported to police. Ninety-eight percent of rapists will never spend a day in prison. (For more statistics like these, check out the Rape, Abuse & Incest National Network.)

Many of the victims of sexual assault will never share their stories with another human soul. They will never have their day in court. They will never enjoy the justice that comes with breaking their silence and unburdening themselves of the truth.

The story of Cosby’s downfall reveals a gaping cultural wound that most of us would prefer not to talk about. Cosby might be seen as America’s Dad, but here is an uncomfortable truth: most sexual assaults are likely to be perpetrated by close family members—fathers, uncles, close family friends—who are easily able to take advantage of a young woman’s trust.

Perhaps the most powerful consequence of the recent Cosby furor isn’t that our consciousness is shifting in terms of our understanding of whose stories, whose truths, really matter—but in the fact that so many women who shared the same horrifying account of assault discovered that they were not alone.

One of Cosby’s accusers, Barbara Bowman, wrote, “The women victimized by Bill Cosby have been talking about his crimes for more than a decade. Why didn’t our stories go viral?”

If the last year or so has offered any indication at all, it’s clear that we’re on the precipice of a new era. We are entering a truthtelling revolution. The stories we tell and the ones that we pay attention to are likely to transform, as well. In fact, they already are. 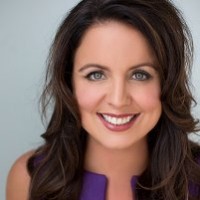