The Biggest Myth in Ayurveda. 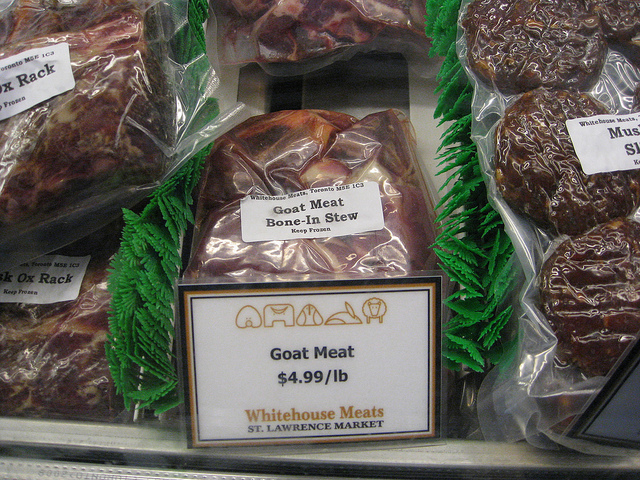 Relephant read:Men who like their meat well-done are twice as likely to get prostate cancer. (cnn.com)

Ayurveda is booming in popularity. The collective is gaining deserving power. People have upgraded their choice in health care from “quick fixes” and “symptom suppressors” to more sustainable and fulfilling treatments and lifestyle choices. People are now seeking holistic health care that devotes more attention to the patient, that nourishes them, that puts them more in tune with their body, and that truly makes them feel good.

Many people are adulterating and misinterpreting the knowledge, and this may not even be their fault. A lot of people, including Ayruvedic doctors are confused and misunderstanding the essence of the science. Sometimes this just means the treatment and approach won’t be as effective as it could be, but sometimes this may produce treatments that can even be damaging to the patient.

This is one of the biggest myths of Ayurveda:

You Have To Be Vegetarian.

So many people are scared to have an Ayurvedic consultation because they think they will have to give up meat on their new path for wellbeing. Fear not. (Good) practitioners should be teaching and sharing with you how to cook and eat meat in a way that is beneficial for your health.

If animal loving vegans were to read the ancient text of Ayurveda, they would be a bit shocked, (please do not be shocked as the English translations are quite harsh and what it reads like isn’t exactly what it means). Meat is widely prescribed in Ayurveda, for conditions like emaciation, consumption, to increase iron and strength, as an aphrodisiac and to produce stoutness. Bone broth has been used for thousands of years to build bone tissue and those suffering from fractures, dislocation of joints, and so on.

Other than internal intake, meat is also applied externally for a powerful medicinal treatment. The flesh of animals is added to a poultice and rubbed over a patient’s body to increase strength and heal injuries. The flesh, blood and bile of animals are boiled with herbs and the steam is directed over the body for a fomentation therapy (Nadi Sveda). The juice of the meat and organs of animals are mixed with herbs and poured into patient’s eyes to treat many eye conditions. (1) Animal products are also used to stop bleeding:

“If bleeding does not stop…fresh blood of deer, antelope, goat, camel, buffalo, boar or any other animal, obtained by cutting its vein, or the blood fried in ghee should be given as a drink, or such blood churned well with the roots of the darbha grass should be administered as enema.”
~ Astanga Smagraha of Vaghbata, Sutra Sthana. Ch 36, (19)

In ancient times, mostly they would wait for the animal to die and then they would collect their body for medicinal use.

Mostly meat is not at all a necessity. It is generally avoided in Ayurveda as it is hard to digest and is rajas (stimulating) and tamas (leads to inertia) due to its heaviness. For vegetarians and vegans there are some Ayurvedic herbs that can supplement for the medicinal actions of meat like the ones listed above. One being a simple kitchen legume available in Indian grocery stores: Urad (black-gram) dahl. You can buy the flour or the lentils (be sure to take the skin off).

How Much Meat is Right for You?

Likely as a result of the popularity of the high-protein diet, the Atkins Diet and Paleo, America and Australia has shifted its consumption of protein and meat to levels we have never seen before, and many researchers are finding reasons to be concerned.

The average protein intake for adult men is 101.9 grams and for adult women is 70.1 grams. The recommended amount of daily protein, set by the U.S. Food and Nutrition Board, is 56 grams for men and 46 grams for women. This tells us that the average American is eating almost twice the amount of protein that they need.

One of the concerns of higher protein diets, especially those with an emphasis on red meat and seafood, is high uric acid levels—which are not regularly checked by doctors during annual check-ups. High uric acid levels from a rich, high-purine diet of meats and seafood are silently soaring in USA.

Uric acid levels are most commonly associated with gout, but also weight gain, heart health concerns, blood sugar and morality. Ask to get your uric acid levels checked when you get your next blood test.

In a massive four year study following almost 150,000 people and published in the prestigious Journal of American Medicine (JAMA):

• One group increases their consumption of red meat by only ½ a serving per day and saw a 48% increased risk of getting Type 2 diabetes.

• The other group lowered their consumption of red meat by ½ a serving per day saw a 15% reduction in Type 2 diabetes risk.

This study goes against the high-protein fad that professes that a high-carb diet is the cause of diabetes and that a high-protein diet will actually support healthy blood sugar levels. The truth is that both will cause problems in excess.

How to Eat Meat the Ayurvedic Way

• Additional Sources of Protein: Get your additional protein from nuts, seeds, cheeses, milk, yoghurt, legumes and protein-rich grains such as quinoa and amaranth.
⁃ Hunter-gatherers were more famous for their gathering than their hunting. While meat was certainly consumed, the staple of the hunter-gatherer diet was also rich in grains, fiber, tubers, legumes and fruits and veggies, according to paleoanthropologist and Harvard professor, Daniel Lieberman. (2)

• Winter is The Season For Meat: Because agni is stronger in winter, eat meat then. Have less in summer.

• Spices to Lighten up the Meat: Turmeric, black pepper and ginger are all essential to make the meat easier to digest and to kill off (to some extent) the deadly bacteria that are present in some meats due to anti-biotic use in the meat industry. Garlic and Onion are also important for this reason.

• Go Organic: Make sure you are buying all of your meat, fish and chicken from sources who guarantee that antibiotics were not used.

• Avoid Meat Cooked with High Heat (e.g. BBQ): Ayurveda says all foods should be cooked gently on low heat and now science is coming up with new studies supporting this. When beef, pork, fish and poultry are cooked using high temperatures, cancer-causing heterocyclic amines (HCAs) and polycyclic hydrocarbons (PAHs) are formed. HCAs and PAHs have been found to be mutagenic—that is, they cause changes in DNA that may increase the risk of cancer.

Meats cooked at high temperatures, especially above 150 degrees C/300 degrees fahrenheit (as in grilling or pan frying), or that are cooked for a long time (well-done) tend to form more HCAs. For example, well-done, grilled or barbecued chicken and steak all have high concentrations of HCAs. Remove charred portions of meat and refrain from using gravy made from meat drippings. According to Ayurveda, we should cook all foods over a low flame and never eat burned or charred foods. Boiling meats in a stew is a traditional method that minimises the high temperature risks of burning or overheating the food.

• Goat Meat Is Best: Goats are fit and they eat a diverse range healthy greens. Contact your local Indian grocery, restaurant or ask an Indian mate where to find some goat meat if you don’t already know.

• If you’re a Meat Eater, Cleanse Regularly: Contact me for consultation or to chat about Panchakarma to support your body’s natural detox process.

Let’s reconnect with the concept of eating with the seasons and be mindful. As with everything, moderation is key! 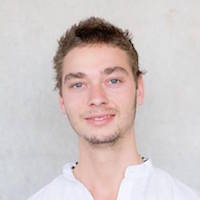