The One Percent Awakens—A View of our World if the Wealthiest Ones Woke Up. 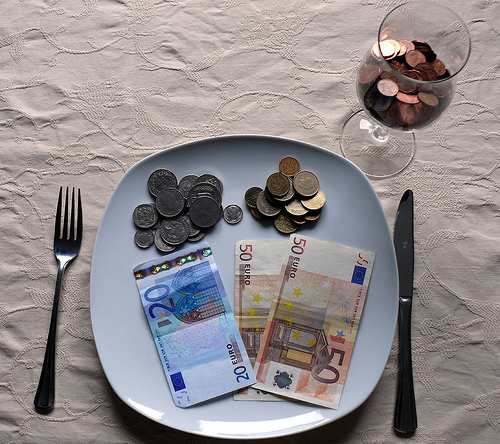 “A nation will not survive morally or economically when so few have so much, while so many have so little.” ~ Bernie Sanders

Today we live on a planet where one percent of the population holds half of the world’s wealth.

Oxfam released the report “Working For the Few” in January of 2014, which contained a few scary statistics. In the report it was stated that the wealth of the one percent richest people in the world amounted to $110 trillion. That’s 65 times the total wealth of the bottom half of the world’s population. Just close your eyes and imagine that 85 of the wealthiest people in the world hold more money than 50 percent of the world’s population combined. I know it sounds unbelievable but that is no fairy tale.

This economic unjustness has been on a steady incline over the past 30 years. Oxfam predicted that this rate of injustice would only continue growing. The U.S, which supposedly prides itself on democracy, abuses the economic system more than any other country. The elite wealthy in the U.S have inherited and passed down their money for years. They protect their riches by investing in large economic sectors such as finance, insurance, agriculture, healthcare, and pharmaceuticals. Then they spend millions of dollars every year to influence policy-making that will protect those investments. Our government is being bribed to operate in a way that benefits the one percent, while the other 99 percent are left out in the cold.

I was having a conversation with one of my yoga teachers and he asked some powerful questions: “What if the one percent of power was shifted to awakened beings?” “What if that one percent of the world woke up?”

When we are awakened, we become self-realized. In that self-realization we connect with the true essence of every living being and ourselves. We understand that the mind and body are separate from a much stronger life force that exists in us.

This force interconnects us all and as a society we could experience limitless possibilities by utilizing its energy. We are all here as spiritual beings living out a human experience. Somewhere along the way we lost track of our true selves and the physical took over. The universe is expanding everyday and in that expansion it seems our source of existence is getting further away from us here on earth. We must remember that we are all made of the same elements; we are all stardust.

If only the one percenters could develop a relationship beyond ego, allowing them to disconnect from the abusive power of money and material items.

If the 85 wealthiest people were awake, a portion of that 110 trillion would be shared with more than a billion people across the world that have to live on less than $1.25 a day. Lobbyists would no longer need to be paid off, so millions of dollars could be better spent on those who can’t even afford a decent meal.

As conscious leaders they would stop investing their money in unreasonable healthcare plans, biotech industries, and pharmaceuticals. Instead local businesses and private sectors would be supported, connecting communities and encouraging sustainable development. We would move away from a consumer driven market and unite globally to encourage businesses that offer services, which may be of benefit to our lives, instead of products that only leave us unsatisfied with the illusion that we must keep spending.

The awakened understand the value of people’s lives, so their actions keep the whole society in mind.

If the one percent woke up, they would take care of their brothers and sisters, despite race, religion, or socioeconomic status, and the inequality of our flawed system could come into balance.

I am sad to say that Oxfam’s 2016 predictions have turned out to be true. The rich are getting richer; money and power are shifting into the hands of fewer while the majority is becoming poorer. As citizens we can’t judge the quality of our country by what we have as individuals. If the larger part of the population is suffering, then the condition of the nation is unacceptable. Every product we buy, the resources we use, the businesses we choose to work for and the activities we focus our daily energy on, all form the mold of the society we live in.

Let us wake up and live consciously.

The one percent may have the wealth, but we have power of the masses. Once we use our collective power and come together as an awakened nation that strives for change, then a great shift will occur and the heart of humanity will be restored. 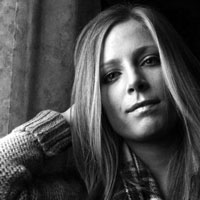