Why We Cannot Let Yoga Become a Circus. 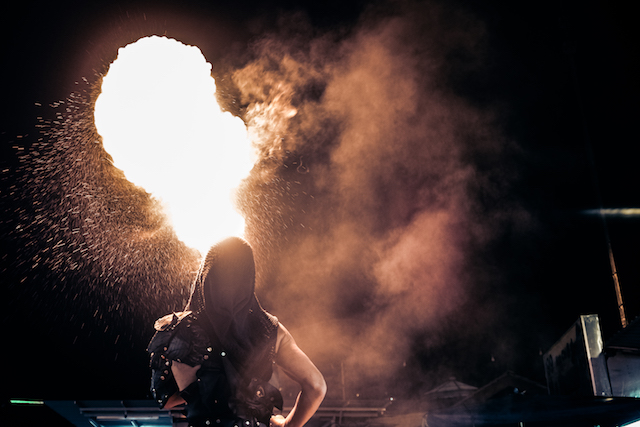 “Yoga is an internal practice; the rest is just a circus.”

If you’re a yogi or spiritual seeker, chances are you read these words with a knowing smile and an internal exhale of yes. They were spoken by the founding father of Ashtanga yoga after all, Pattabhi Jois.

But if we agree and know and feel that yoga isn’t a circus, then why are we all still bending over backwards to impress one another?

Let me tell you a story about a circus I saw in Cambodia. It was spectacular. There were jugglers, people skipping ropes of fire, and jaw dropping displays of flexibility, strength and contortionism. All the acts were performed to the gasps, cheers and applause of the audience.

One of the final acts was a duet of two acrobatic girls. The first girl dropped back from standing into a wheel, placing her hands right behind her ankles like it was nothing. She stayed in wheel as the second girl placed her hands on the first girl’s hips, and pushed up into a handstand. But that’s not all. The first girl, in wheel, proceeded to take both hands off the floor; and she didn’t budge. She was supporting herself and the weight of another girl in a full drop back, with just her feet planted on the floor, and she didn’t wobble or come up an inch. This was one of the most impressive things I’ve ever seen.

I could relate to the girl in wheel, and I’m sure a lot of people who practice yoga can (at least to the first part of her performance—her drop backs). I’ve done them daily for months as part of my Ashtanga practice, and felt every inch of my spine lengthen, every fibre of my core, glutes and thighs—pretty much every darned muscle in my shaking, sweaty body engage as I slowly aimed my hands for the floor.

What this girl did was identical in appearance to a yoga asana and part of the ashtanga practice. Except, this wasn’t yoga.

It had all the external impressions of being yoga, especially yoga as we think of it in the present day—a yoga based on the physical. A yoga that is not just a physical practice, but a physical practice that demands the attention of others, that asks to be looked at, gazed up and to be admired through its visual impress.

So how has yoga, an internal practice, turned into the visual spectacle it is today?

For every modest yogi practicing for their own internal transformation, there is someone stopping, dropping and doing yoga seeking social media glory. More and more, the physical aspect of yoga has overtaken any intention of a humble internal practice, and it has become a performance and circus for clicks and likes driven by the ego.

Physical yoga is hard, right? When we finally nail a headstand or a drop back, we get so excited we want to share it far and wide on our social media channels. I’ve done it, some of my teachers have done it, it’s become the norm with its own hashtags to boot.

But somewhere along the way of practicing yoga and owning a smart phone and wanting to share our progress and seek some ‘high fives’ from others who get how hard it was, the intention of yoga has changed. Yoga is becoming a spectacle to be seen and not felt, to be performed and not practiced, and in being a subject for our social media accounts, it’s becoming fuel for the fire of the ego.

This is why we cannot let yoga become a performance or a circus. If we continue to perfect asanas for how they look on our Instagram account, if we continue to like and share photos of yoga on beaches rather than the carpeted floor of our living room where we actually practice, and if we continue to buy fashionable accessories and labels to serve our practice, we risk sabotaging what yoga is actually for.

Yoga is an internal practice.

It is taught and practiced with the intention of quieting the mind, to stifle the critical voice of the ego and ignore the demands of a consumer-driven society constantly telling us we’re not enough as we are. Yoga is an antidote to the ego and the anxiety it brings. If we move and breathe mindfully every day, slowly we’ll find our worried thoughts transform as if by magic from caring about how we look, who likes us, who doesn’t like us, what we should wear, into not caring and much and feeling that we are enough.

Every time we post a photo of an impressive asana, or yoga done in an exotic location, or actually care what we wear to yoga class, we are falling into the trap of placing social image before internal intention and our self-worth is suffering; and adding fuel to the collective fire. Yoga is supposed to lead to liberation from the ego, and liberation from the suffering that the ego brings. If we turn the vehicle that is liberation from our suffering into another way to suffer, what are we left with? It’s a dangerous, slippery slope.

Photos of yoga asanas will always exist. Instagram isn’t going anywhere any time soon. And cultural norms demand that we don’t show up to a public space to practice yoga in leggings that have massive holes in them. Take photos, post them, buy new clothes for your practice if you need to. But every time you do, consider your intention.

There should and must be the intention of just enough and no more. Yoga teachers might have more reason to take yoga photos, by means of self-promotion to earn their bread and butter, but they also have far more responsibility in setting the tone and trend of what it means to do yoga. Just enough means simple clothing and a simple studio or home space for practice.

If you want to do crazy impressive postures like doing handstand whilst putting your feet on your head, and do it for likes and applause and for the gaze of others, then maybe think about joining the circus? I say that with a wry smile. Do yoga. Be part of a circus too, it’s fun! Just don’t make yoga the circus. If you do, the only person that’s going to suffer is yourself. 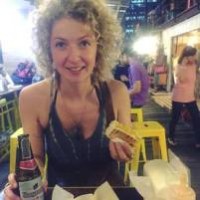