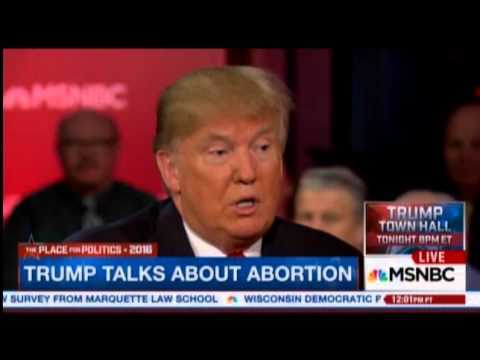 Eleditor’s note: Elephant is a diverse community of sixteen million readers and hundreds of writers (you can write too!). We are reader-created. Many blogs here are experience, opinion, and not fact or The One Right Point of View. We welcome all points of view, especially when offered with more sources and less invective, more frankness and less PR. Join the discussion and share your own take here.

I respect my friends’ decisions with regard to Donald Trump: they don’t want to talk about him anymore.

Like them, I accept that his candidacy is more symptomatic of many American values which, up until now, were disguised mostly in covert micro-aggressions, bubbling beneath the surface of a society that mostly pretended to accept diversity. Like them, I agree that the more we talk about Trump, the more attention his campaign gets, and perhaps the more sympathetic voters are rallied toward his cause.

Like them, I generally believe it’s best to stay silent and affect change through other ways. However, when last week, Trump initially stated that women who chose abortion should be punished. He then recanted and stated that their physicians should be held accountable, since women were “victims” of the procedure.

At this point, I knew I could not remain quiet. I had to raise my voice

I am not a victim, nor am I a criminal, but I have already been punished by my decision to end my first pregnancy at 20 weeks gestation. Three years ago, my husband and I were told that our much-wanted child had developed a fatal flaw: his trachea never formed. As a result, fluid that should have been expelled back into the womb was collecting in his lungs, squeezing his tiny heart, and inverting his diaphragm.

We spent weeks consulting with the nation’s foremost fetal surgeons, undergoing testing, and deliberating with family and friends in order to reach a decision. Ultimately, we faced a gut-wrenching decision: wait for the baby inside me to die of heart failure, carry the pregnancy to term and deliver either a still-born or brain-dead child, or end the pregnancy.

At 20 weeks, the dearly-loved child I named Darby Joss—the child I prayed to die peacefully inside of me so that I wouldn’t have to make this decision; the child I imagined would be a spirited, athletic, blonde-haired, blue-eyed fighter; the child who will always be my first—my son, Darby Joss, died.

We later found out that he also had Trisomy 16, a rare chromosomal abnormality that is responsible for most first-trimester miscarriages, and that the unformed airway was likely only the first of many major structural issues that would afflict and likely kill him.

I have endured punishment since August 3, 2012, the day Darby died, first in the form of grief, pain, self-hatred, and anger. My body betrayed me in its inability to harbor a healthy baby, and my psyche refuses to rest easily with the decision my husband and I made. How can any mother truly live when a piece of her—her firstborn child—cannot? While I do not doubt that our decision was the right one for our family, I am still broken by it.

After the termination, my body punished me as my breasts painfully swelled with milk just days after the procedure, yet the only physical reminder of my son was visible in the weeks of bleeding, cramping, bodily pain, and exhaustion.

Society punished me: I learned that women like myself were not free to discuss the circumstances of our loss, and were forced into silence about our decision to avoid moral judgment from those who castigated us without ever walking our deeply personal paths. I was supported by fellow mothers from an online forum who chose to terminate, and frequently we, in turn, provided respite for others facing this heartbreaking choice. Just months ago, in that same forum, women deliberating termination for fetal anomaly were targeted by pro-life internet trolls who sent them pictures of aborted fetuses by private message, adding to the trauma, drama, and punishment of even considering this choice.

Lawmakers punished me: more and more, bills are being proposed that would deny me, and future women, at least the opportunity to choose termination. We would be unable to end a pregnancy, forced to either carry a compromised fetus to term or wait for that baby to die inside of us first. A similar law passed In Texas recently, and the devastating experience of one couple is documented here.

I am grateful to the sympathetic, kind physician who walked me through the termination process when my own OB-GYN abandoned me. The doctor who performed the termination was not a criminal or monster, and he helped bring my two healthy children into the world after we lost Darby. This doctor honored my decision to terminate, held my hand through the anxiety of subsequent pregnancies, and helped bring me back to life.

It seems to me that politicians like Trump and others are the most eager to punish women like me, yet they have rarely heard our voices due to the stigma causing us to stay silent. My abortion was punishment enough, but I would have chosen this punishment a million times over if it meant parenting Darby from birth through death, and choosing for him to experience the least pain while I take it for him until the day I die.

Women Have a Right to Choose, Despite what Trump Says. 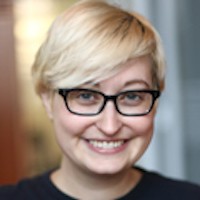