How an Open Door Cracked Open my World. 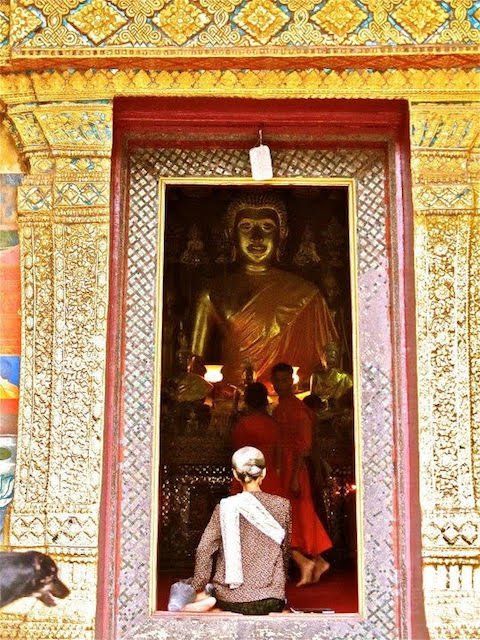 “The arrow that hits the bull’s eye is the result of 100 missed.” ~ An old Zen Buddhist saying.

Life can be complicated, and so can human beings.

Maybe we are the ones who make life so complicated. Maybe the secret is that life is quite simple.

Having been born sensitive and intuitive cracked me open to a world of vulnerability. I was emotionally unstable and often felt like I was being tossed and turned on the cusp of violent waves. I was easily affected by the humor of others, even those I had little affinity with, but especially with those I loved dearly. If my dad came home from work in a bad mood or a high school girlfriend ignored me in corridors, I was convinced that it had something to do with me. I treaded on thin ice, anticipating the mood swings of everyone, including my teachers, and loyally interpreting them through the filter of my insecurities.

And thus, at a very young age, I journeyed on an outward quest to find the missing link to a life of serenity where I could remain unaffected by the ups and downs of others so as to no longer lose my ground and question my worth. It was fatiguing to be at odds with the violent crashing of the relentless waves. Between you and me, I suffered.

All great explorers keep their eyes glued to their ultimate destination, but often, like the eye of the seer they are swayed, tempted and blinded by their inner landscape of illusionary clouds. I was no exception. I was determined to find the answer, that missing link.

Comparing myself to others, I enviously wished I too was able to remain unscathed by the poisonous arrows that pierced my shielded heart and threatened my serenity. I wondered if maybe there was some genetic or anatomical mishap at birth that forgot to include this essential component to my DNA.

To compensate, I lost myself in libraries of self- help books, courses on personal development and psychology. I engaged in vision quests, hours with therapists and gurus, as well as transformational retreats only to move farther and farther from my truth. Yoga and meditation offered many analogies and ah-ha moments; Tantra and Buddhism too.

I applied compassion like a band-aid on every wound, but the wounds festered and created inner dis-ease. As I continued to take part in the game of “Am I getting any warmer?,” I ended up getting only colder and colder.

I traveled to faraway destinations in hopes that the answer lay like the Holy Grail waiting to be uncovered. Whether it was an isolated sandy beach in St. Barths, wandering the dusty paths in Rajasthan or camping in the Canyons, the arrow of truth followed me and bulls-eyed my vulnerable heart, cracking it wide open again and again.

I had been misreading my compass all along. One day, there was an encounter, a life-transforming one that began a colossal shift in my way of being. Doors open and close a hundred times throughout the day. Such is life. Curious and receptive attention is needed to know when a door has opened inviting you into the kingdom of potential change and connection.

It may be an encounter, words of wisdom slipped in between mundane conversations, or even a dream. Each, in its own way, may be that door, that message, that one that offers a fresh new perspective or a creative explosion for growth and freedom. There may be no logic or reason, but your deepest gut tells you that it is right. In Sanskrit, we call this clear seeing or inner wisdom, or prajna.

The sun had just begun its ascent above the lush emerald hillsides, glistening its aura on the surface of the Mekong River. I sheepishly made my way down the narrow alley toward my guesthouse, sandwiched between a monastery and a strand of tightly woven makeshift homes. It was six in the morning. In hand was an empty bowl that was once filled with benevolent offerings for an endless silent thread of burnt orange robes.

Except for the rhythmic footsteps, silence permeated the air.

In deep thought, I wiped the remaining sleep from the corners of my eyes. For no apparent reason except that of destiny, my eyes gazed to the left and locked with those of one Buddhist monk among many. Time seemed to stand still, suspended like the full moon in the blackness of the night. A large white brick wall separated us. Neither spoke, neither moved for what seemed like an eternity, but I knew a door had just opened, so I consciously stepped inside.

This encounter became the beginning of an endearing transformational relationship between a seeking yogini and a peaceful Buddhist monk. Living a humble lifetime in a monastery and following the teachings of the Buddha must have massive metamorphic consequences. At least, I thought so.

We spoke for hours, mostly question and response, politely taking turns and making the most of this auspicious encounter. Does the mind become forever tranquil, the heart light and joyous? Do happiness and compassion prevail? Do we bathe in the essential and do we drink the cup of loving kindness morning and night? And lastly yet most importantly, do we become immune to life’s ups and downs, to people’s moods and even to our own? This was my quintessential question.

How does a monk living a monastic lifestyle weather the storms of life? He answered unequivocally—with unwavering grace and constant non-reactivity. I believed him. I wanted this to be the truth more than anything in the world.

At that moment, I knew that a monastic lifestyle was the answer that I yearned for and that my lifelong quest for equanimity would finally rest in peace. I wanted to believe this; I had to. I just had to figure out how a modern day mother, wife and teacher could manifest an unnumbered amount of days in a faraway monastery.

Some of our most profound life lessons present themselves when we are least expecting. Life’s lessons don’t always show up exactly how we might imagine and are often disguised.

Within less than a week, my monk, the seer and the Keeper of unwavering quietude turned up with quite a different face. His perfectly imperfect humanness revealed itself through grasping, worrying, guilt and despair. Although you might think that his display of contradictory truth would send me into resignation, it became my unpredictable and transformative breakthrough.

For real perception, one needs a good dose of clarity and perspective. Witnessing from higher ground, I came to understand how I constantly disempowered myself by aligning my humor with the humor of others. My quota of happiness was tossed about and defined by others. I once heard an insight from a friend that hit home in a sweet yet sour kind of way: Freedom comes when we stop aligning ourselves with the vibrational frequencies of others.

From that encounter, I began to see that no matter who we are, an untouchable guru, a stay-at-home-mom, a wandering yogini or a monastic monk, we are all doing our best to weather life’s ups and downs with as much humility and serenity that we can muster.

Some days we do better than others. Sometimes we find ourselves thrown about, but we always resurface and just try again and again, making happiness and peace of mind our birthright. This is the path. Simply put, we are here showing up the best we can in our naked human humbleness every nanosecond. We don’t have to take refuge in any monastery, but can practice in our backyard.

It is as simple as that. 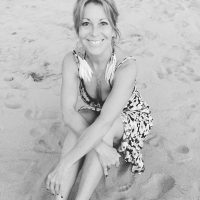 Jessica Magnin: Jessica was born to connect and be connected, to inspire and be inspired. Multi-facetted, complex and yet authentically simple, she is sensitive, introspective… Read full bio