How to Stop Fear from Holding us Back. 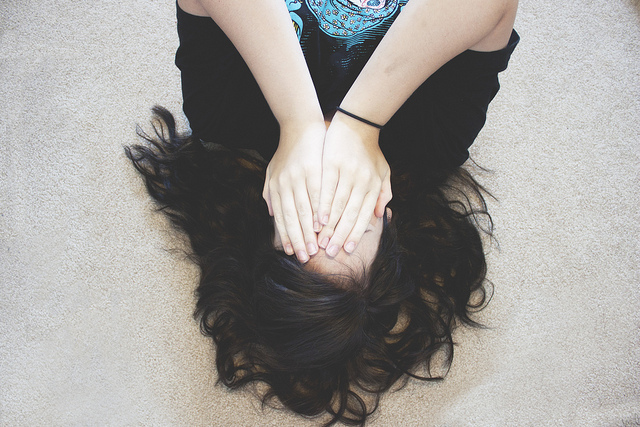 When I was growing up, fear kept me alive.

Not walking down that dark alley late at night because of that feeling, making sure I looked before I crossed the road, checking the harness before I did the bungee jump, moving away from the edge of the cliff top on a windy day—I guess I have a lot to thank fear for.

But then it’s also the reason I spent too many years stuck in a life I didn’t belong in.

It’s because of fear that I spent years in a career that suffocated my soul and struggled to leave a relationship I’d outgrown. This fear showed up in many different forms: fear of failure, fear of losing what I had, fear of the unknown and fear of what people would think of me.

Fear made me doubt that travelling the world alone was a good idea when in fact it’s nourished my soul in ways I’d never thought possible. It’s only because I overcame fear (and that took a lot of time and effort!) that I was able to do all of the above. Fear tried to stop me living my best life and kept me unhappy all that time—so how can it possibly be my friend?

It was only once I’d made peace with fear and relegated it to the back seat of my life rather than the driving force that things began to change.

I left my relationship and began to get to know myself better. I quit my corporate job to pursue my dreams as a writer and wellness coach. I travelled the world in search of answers and my authenticity and discovered along the way a whole new relationship with fear—as my friend, but also as something that no longer prevented me from taking risks, making change and achieving my potential. It was something I faced most days, so we had ample opportunity to get to know each other and figure out how we could work together to create a life I loved.

For many years fear of failure prevented me moving forward.

“What if this was as good as it got? What if this is the wrong choice and I’m left with nothing, what if I fail? It’s a risk, it’s fear of the unknown.”

Even after I’d faced the fear to make a change, it didn’t go away. For many months I kept my true thoughts a secret, even from my own family, worried about what people would think of me. Incidentally most thought I was crazy and possibly having some sort of nervous breakdown! I left my well paying corporate job to live in a yoga ashram and write a book and every day fear played the same tune: “How are you going to live without an income? Who are you to write a book? What if no one reads it?”

I left a relationship I’d been in for seven years, a partner who’d done nothing wrong, a person I’d shared so much of my life with and who loved me in every way I’d ever dreamed of. I had to face these fears to move forward, to find me, to fill the void in my life and realise who I truly was and what I truly wanted because it turned out to be none of the things fear had tried to convince me was the best way, or the safest way—better the devil you know!

As I started off down my new path I’d begun to expect fear, to know it would always be there but to live alongside it rather than have it in control.

I faced the fear when I got off the plane in a foreign country where I knew no one and not a word of the local language. When I had no income and bills that needed paying, when I went on dates for the first time in years and the lonely nights I sat in my flat in a new city. Fear was by my side when I did my first public talk, when I arranged a book launch and worried that no one would show up and when I did my first live radio interview. And fear continues to accompany me as I write my feelings down for others to read!

I remember being gripped by fear when I came out and told my nearest and dearest, those who’d known me all my life, that there’d been a large part of me hidden for years by fear. I understand fear now, and I know that every time I step outside of my comfort zone, fear will whisper in my ear “Is this a good idea? Wouldn’t it be easier just not to bother?” and I tell him “Dear friend, I know it’s uncomfortable, it’s a risk you’re trying to protect me from but it’s the only way we can grow into the people we’re capable of being. Life begins at the end of our comfort zone so let’s try it. I won’t leave you behind, just take the first step and see what happens”.

The ironic thing is that the more we hang out with fear, the better friends we become. We get used to the feeling and know that it doesn’t stop us, and we begin to understand that it’s part of the path to achieving our dreams. Each time our comfort zone is tested, it expands and fear becomes less of a hurdle to overcome. It loosens its grip and loses control.

When we are born we don’t have fear.

Like many of our beliefs, it’s learned—often from experience, but also from what we’re taught to fear by those close to us—and increases its grip as we grow and age. It’s funny to think back—as young children, we are more fearless.

So how do we make peace with fear, how do we live alongside it, and make friends without it controlling our lives?

Eventually I’ve come to a middle ground with fear. It’s important for protecting us but I also acknowledge that, like an over protective parent, fear can limit us from achieving our potential and keep us trapped in our safe, familiar comfort zone. We cannot grow or move forward in life without facing fear, feeling uncomfortable and taking a step into the unknown.

Let fear protect us but don’t ever let it stop us.

Take those risks that result in us becoming the people we’re capable of being. Leave the job you hate to do what you love. Leave a relationship that makes you unhappy. Take that trip of a lifetime alone, tell that person how you really feel, dare to be different or to step outside of what’s expected.

Fear will always try and stop us. Expect it, embrace it and know that you can do it anyway, even with fear present. In fact there’s no other way. 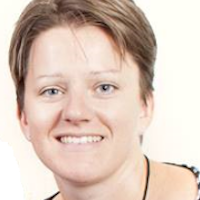