I Left Alcoholics Anonymous because I wanted to Choose Sobriety on my own Terms. 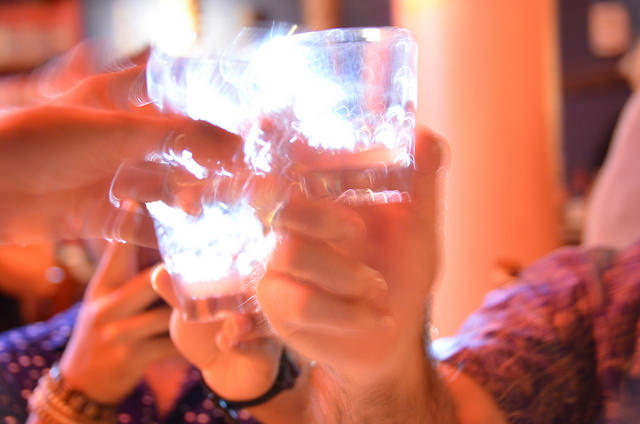 I spent almost two years in Alcoholic’s Anonymous until one day, I was just done.

I lived and breathed the 12 Steps, every one of them. I read the books, some more than once. I found a sponsor; I became a sponsor. I opened meetings, had a key, and made coffee like a champ. I spent my holidays with people in sobriety, and I hit a meeting almost every day, because after-all, “meeting makers, make it.” On the hard days, I’d fall asleep reciting The Promises, begging God to keep me sober, just for today. I was told to drink was to die for the alcoholic, and it would get better if I would “keep coming back.”

I found “the program” in March of 2008 when my doctor, a gynecologist of all people, told me I was “on the verge of pancreatitis” and my “liver enzymes where high and I’d be dead by the time I was 35, if I didn’t stop drinking.” She also told me I was drinking much more than I had admitted to. How did she know?! I was young, 21 to be exact, and relatively healthy, or so I thought. There was no way I was an alcoholic—I had a full time job, a career even, and was currently enrolled in school! My father was an alcoholic, my family just likes to drink, and I was fine.

I was accepted into a drug and alcohol treatment facility by that afternoon, with a scheduled admission date within 20 days.

My first day in rehab I walked into a semi-private room with a woman in her early thirties who looked 50, screaming and crying as she shook her bed rail. Her first words to me, without even looking up to see me, were, “I’m fucking dying” as she jumped from the bed, stumbled and fell into the bathroom puking her guts out. She was a recovering heroin-addict, with less than two days clean. I stood there in shock and thought, I do not belong here, then sobbed myself to sleep in the middle of the afternoon.

The first three months were the hardest. Between that 60 and 90 day mark there was a moment when I broke down in rage and desperation and asked God to show me what I was working for, otherwise, I was done. This wasn’t worth it. I needed to know what was waiting for me. Because honestly, I would have rather been drunk than feel the overwhelming, barely tolerable rawness that came with this life.

Within a half an hour, my rage was softened quickly but quietly and a peace washed over me like a cool breeze coming through a humid room on the perfect 75 degree day. I closed my eyes and caught my breath. The clarity I was given in that moment was hypnagogic.

I had had my spiritual experience. The one they tell you is coming if you “don’t quit before the miracle happens.” It lasted about a day and a half, but I now knew what I was working for, and I was willing to do whatever it took to feel that freedom again. And I did, for the next two years with utter enthusiasm and annoying passion.

My “coming out” of AA was very similar to my going in. I began to notice that going to meetings made me want to drink when it hadn’t even been a thought earlier in the day. I began looking around and feeling as though I were one of many robots, repeating the same old slander. I maintained solid sobriety in those two years; I was happy and free. Everything I had been promised, everything I had wished for, had found me.

I began to look around to see a cycle of never ending dependency on one another. I saw thousands of people basing life decisions on fear—fear of picking up another drink, fear of losing everything (again), fear of “going back out.” I didn’t want to live in fear anymore. I just wanted to live my life. My heart was over-flowing with gratitude and love for the people I had met, but there was a small voice that kept telling me it was time to go.

After fighting these thoughts and feelings out of my own fear of assured death without “the program” I woke from a dead sleep and said aloud, “I need to leave AA.” Those words alone terrified me; I immediately broke into tears and dropped to my knees beside my bed and began praying to God, as I understood him. I had just been here hours ago, asking this same God what I needed to do next because I felt torn and confused. And here I was with the answer. I kneeled there with clasped hands pushing against my forehead and told God I was absolutely terrified but willing if that was, in fact, His will for me. I begged him not to let me go as I took these next steps of my journey.

That was over five years ago. Today, I continue to live a sober life, a mindful life. I am not implying that I have not not drank a single drop since my leaving, I have. But it was not unconsciously, nor was it harmful. My world did not come crashing down around me. I took what worked for me, and left the rest, as they suggested.

Sobriety to me is about being present in all situations, about feeling our emotions, and being aware of our actions. It’s about staying when we want to run. If I have an overwhelming desire to drink today it is because I’m not okay, and I need to be still to know why. It is a tool I use to understand and nurture myself more. Today, I can have a glass of wine with dinner or champagne with a toast if I choose. I don’t have to avoid situations out of fear, or feel as though I have suddenly become weak and require immediate intervention to prevent total destruction of all my recent sober gains. Today I have the freedom I walked into AA seeking.

I came to understand that it was about finding the root problem and healing it. I refused to embody the energetic heaviness that came with affirming time and time again the phrase, “I am an alcoholic.” I also refused to believe that addicts and alcoholics were diseased and doomed to a life of struggle and continued dependency on something to keep them sober. I wanted to live my life from a place of love, not fear.

I practice mindfulness and self-awareness on a daily basis, these things will always be a must. I still believe in something greater than myself and do a periodic fourth step accompanied by an amends. I will not deny that Alcoholics Anonymous helped me tremendously.

In the end it came down to doing what I truly felt was best and right for me, despite what everyone around me was saying. It came down to knowing when something had served its purpose and that it was okay to walk away.
This is a decision I have never regretted, not once, but remain grateful for the experience and am better for it. 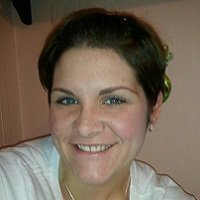 Dottie Fuller is a new 30-something who moved to metro Detroit from rural Tennessee just over a decade ago. Currently residing in mid-Michigan, she works as a hospice nurse an… Read full bio