Stop Telling Me what Makes Me Sexy. 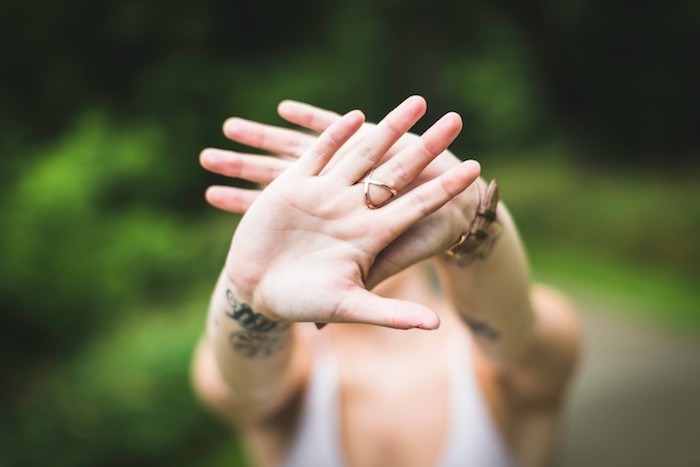 We’ve all read them—those articles that tell women what we can and should do in order to be sexy and desirable and all the other things we apparently want and need to be.

(Yes, I am totally aware that ideals are placed just as much on men—not to mention the slew of issues that surround the experiences of other gender identities. However, I’m going to speak as a woman on the experience of the modern female, because as much as some will try to argue that men and women are the same, in our experiences, we are absolutely not.)

Some of these articles are written by fellow women, some by men. Many are infused with beautiful messages to encourage self-confidence and self-love and all the other good things that begin with “self.” It’s a truly uplifting thing at times, reading words that give us the permission we’ve sought our whole lives to be bold and brave and confident and to be seen as beautiful for doing so.

However, I’ve recently found myself feeling a bit torn over quite a few of those articles, particularly those that list the ways in which women can become sexier and more appealing to their lovers, and this has everything to do with the conflicting nature between the intentions and the outcomes. Sure, these articles list those now familiar uplifting notes of having confidence, passion and intelligence, and that’s huge progress in moving away from the solely physical objectification of women. So yay for that.

But what’s all the more striking is that we’re still being objectified in these articles—not so much for our looks, but for what we should include in our “ideal personalities” that inevitably contributes to—guess what!—our sex appeal.

See, the end result is the same. “This is how you/we can be sexy: be confident, intelligent, passionate and driven, and really kind and openhearted, and bold and wild and awesome! But you know, be yourself! That’s what makes you sexy!”

Here are my two main questions about this somewhat overdone message (okay, I paraphrased, but you get it):

Let me be clear: there is absolutely nothing wrong with wanting to feel sexy.

There’s no shame in feeling good about ourselves in a way that has less to do with ego and more to do with unobstructed contentment with what is, and so I applaud the many authors of these articles in reiterating these points to women who may need to hear that message. I also would like to give such authors the benefit of the doubt in assuming that they wrote these pieces for that very reason: to free us from the various restrictions we’ve known throughout history and those with which we unfortunately still deal today. I trust and would certainly hope that the intention is a good one.

However, the outcome is a bit less hopeful; in giving women a list of things that make them sexy, these thoughts going viral all over social media essentially perpetuate the same old issue—simply telling women what they should be in order to fulfill the goal they should want to achieve: being sexy.

Again, sexy is not a bad thing. Continuing to place women within the limiting definitions of what sexy means and why we should want to embody it…that is.

Of the many remarkably kick-ass women I know and love and admire, none of them put “being sexy based on a list of things that may or may not align with who I am” at the top of their priorities. In fact, their messages speak more of embracing and accepting themselves for who they’ve finally become—exactly who they are—even if it’s not the most viral message on social media. They’re the women who refuse to deepen the cycle of restricting ourselves with lists and guidelines on being sexy, not only because sexy is personal to every woman and her partner and so incapable of being defined for the masses, but because the last thing women need is another means of limitation—especially when we’ve already come so far in busting through the many walls put before us.

No, not every woman is a naturally loud and bold person—not that I’m speaking for myself here, because, well, just try shutting me up (hint: you’ll fail)—and so in telling said women that in order to be sexy they must be confident enough to be stronger in their personalities, we’re doing the same thing that’s been done to women like me who are naturally outspoken; whereas I’ve been told to keep quiet and adhere to more “ladylike” timidness and fragility, these women are being told that in order to have the sex appeal of a “real woman,” they must express their confidence through something more forceful and completely unnatural to them.

Forget whether or not someone else thinks that’s sexy…it’s certainly not healthy. And of all the personal struggles we experience as women in today’s world—physical, emotional and mental health issues alike—I think it’s safe to say that many of them revolve around the inability to simply do what we want and be who we are without being told what we should want and who we should be.

While I realize that the intention behind these “things that make women sexy” articles was likely (hopefully) to offer a sense of empowerment to women at large, they have only added to the many ways we remain stuck within the confines of objectification, guiding us to “be this way so you can fulfill this task…which happens to revolve entirely around your sex appeal.”

I for one have had enough of it—the perpetuity of our female struggle to overcome these rigid (albeit slowly loosening) confines, the constant diminishment of our authenticity to that of a mere object seeking improvement through lists of things we should be.

Now is not the time to lessen the progress of the modern female—not that it ever was the time, but that time did happen and now is definitely not the time to revert back that way.

And ladies, for the sake of continuing with the progress we’ve made, perhaps we should just stop listening.