Super New Moon in Aries: Trust in the Magic of New Beginnings. 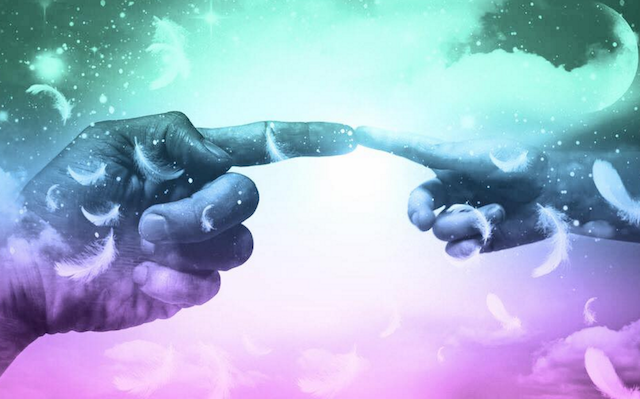 “You’ve got a new story to write. And it looks nothing like your past.” ~ D. LaPorte

On Thursday April 7th there will be a super new moon in the sign of Aries.

Supermoons are defined as full moons or new moons that approach closer to earth, and whether they are visible in the sky as a full moon or not, they have a greater influence on us and our life choices.

New moons are traditionally a time for new beginnings, and with this one occurring in Aries—the first sign of the zodiac—it truly is a time for us to act upon those choices that we have been afraid to make for far too long.

Nothing that is worthwhile or important will come easily. We are guaranteed to be challenged, to doubt, to fear—yet those are the qualities that tell us that what we are about to face matters deeply.

This year is about resetting our internal qualities so that we can feel empowered to begin making the necessary changes in our external surroundings.

No longer do we feel content doing things how we always have—we’ve felt this push and pull during the first three months of 2016. We’ve outgrown our old alignment of being.

In March, so many aspects of our lives were blown apart by the cycle of eclipses, yet it seemed the dust didn’t clear as quickly as we had hoped it would, and so we were unable to see the meaning in the way that everything played out.

All of that is about to change.

Aries is a fire sign, a pioneer in leading the way away from the pack and following his own authentic heart. Aries has confidence in making choices that are right for him, even if they separate him from others or the belief system of the masses.

It’s this trailblazing energy that will be infiltrating our hearts and our lives, giving us the gumption to make those choices that we have seen on the horizon, yet have been hiding from because we were scared of making the wrong choice.

With the aspects of Uranus, Pluto and Eris to this new moon, everything that we have outgrown will crack apart as a shell forcing us to be reborn into a life that we had never thought possible. Since 2015, we have been under the effects of the Pluto Uranus square, and once again, this new moon will reactivate the effects of the square. This will leave us feeling like everything is breaking apart once again, yet unlike before, this time we will be ready to finally take those new paths that once seemed so daunting.

Uranus gives us the courage to be our most authentic selves, and to make choices based from our soul’s desire, meaning that whatever we choose will be the most highly evolved spiritual path. These are the decisions that will ultimately assist us with our growth rather than keep us comfortable (and stuck) in what we’ve historically considered to be a feeling of “safety.”

Pluto will also be on the scene, ensuring that we don’t just choose the easy way out once again by taking away those very choices that aren’t meant for us—it’s not just about final endings, but about the start of solid beginnings.

Together these planets will be handing us the key enabling us to finally leave our comfort zones.

For the past year, we have been dancing over the border of our safe place and playing toward the edge of a cliff that leads to everything that we have desired for our lives. This cliff represents what we might invite into our lives if we are brave enough to venture on, even if we can’t see what lies at the bottom.

Sometimes the best thing we can do is close our eyes, hope for the best and jump.

This new moon is going to make it impossible to return to where we were, because while we may not have had the courage to truly step into our future, all the while we have been slowly outgrowing our pasts.

Now we will realize that going back is just no longer an option.

We aren’t the same people as we were when 2016 first started, and what may have provided comfort for us at one point now feels restrictive and as if it doesn’t fit any longer. And this is because it just doesn’t.

So many aspects of our lives will be overhauled this month. Career choices will seem more obvious and clear, our personal journey will begin to make more sense and our love lives will finally seem as if we have lost the training wheels.

With the square between Neptune in Pisces and Sagittarius in Saturn once again being activated, we will see the choice between leading with our head versus leading with our heart. This has been a battle for us since this aspect first began back in November of 2015—and the reality is that we have made mistakes.

We have made the wrong choices even though we had thought we were making the right one at the time. But the truth that we have to open our eyes to is that there is no true wrong choice. Each path that we have taken taught us a lesson that we needed to learn before journeying further on our evolutionary path.

What we thought we needed in December was exactly where we needed to be—because without making those wrong choices, the right choice might never have found the clarity that seems to be present around this new moon.

We needed to go through each and everything that we have faced in order to bring us the clarity of this moment.

We needed to swallow our truth and make choices that we thought were right, those options that we saw as being the best decision for others—because if we hadn’t, then we might never have stumbled upon what we learned is truly right for us.

There is no point in beating ourselves up, or wishing we had made different choices because everything that happened—including the mistakes of yesterday—is now behind us.

The truth is all we have is this moment, and there is no better time than right now to start a new beginning.