The Day I Stopped Worrying about Love. 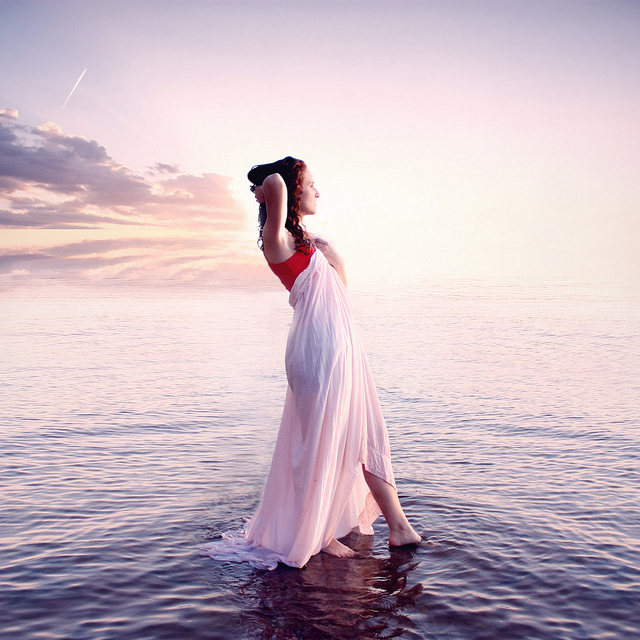 It was an otherwise ordinary day. I woke up feeling excited about how things were going in my life. I looked back over the past couple years, recognizing I was finally trusting myself and trusting life.

It had been slow in coming, but the changes I saw were clear. I no longer struggled, fought or forced anything; life was kind to me, and I was kind to it.

As I sat in reverie of this dawning moment, I was unexpectedly struck by the worry stick.

It was the old voice telling me I was doing something wrong. It was saying I was going to lose out on opportunities with men unless I put a lot of effort into online dating and keeping that door open.

In the past, when this worry stick would slap me, I would react in one of two ways. Either I’d come up with some inauthentic forced message to men to keep ‘em around, or I’d say, “Screw it!” They were both short answers to a deep issue.

Back then, I didn’t believe I’d get what I wanted; I didn’t deserve it. If you had asked me what I needed to do to become deserving, I didn’t really have an answer. I always felt I had some glaring flaw, which made me unlovable.

This was the deeper issue.

When I was young, I learned to compare myself to others, because I was compared to everyone around me by my mother. I was told I didn’t measure up and wasn’t well-liked. She was frustrated with who I appeared to be; in her eyes I was consistently wrong. Why couldn’t I be more like other people?

It stuck with me—always over-doing, over-giving or toning myself down. I was forever with a microscope, trying to figure out my hideous, unlovable parts. I was a sensitive kid, so perhaps it stuck with me more than most, and it kept me accepting breadcrumbs for years. Breadcrumbs I called love.

It was a long process, not only of discovering what made it okay for me to feel undeserving, but also of understanding where my true lack of value stemmed from.

Why did I matter so little?

I had to dig deep to root out those old beliefs (and there were plenty of them). I had to start knowing my truth, my authentic self, and I had to do a lot of forgiving—to me, myself and I.

Setting boundaries made it easier for me to understand what was acceptable behavior versus unacceptable. I then had to respect my own boundaries, which was just another way of saying, I love myself.

Now in the present moment, as the worry stick showed up again, I recognized I no longer felt I was undeserving of love. I saw clearly how all of my half-a**ed attempts to keep someone around had nothing to do with trust of myself or the universe.

So many times I shoved the man who was a square peg into a round hole, because I thought there might not be any more men. Scarcity had been my middle name. In this moment, I saw how all the useless actions I took to force things to happen resulted in a lot of painful lessons, boring dates and saying yes when I meant no.

I realized I had learned to trust. I even developed an expectation that all would turn out well in other parts of my life. Everything was flourishing, so I thought my love life would flourish as well. Why wouldn’t it?

I had finally gotten out of my own way in other areas of my life, and now as the worry stick struck me, I stopped it. I knew that the trust I had in myself to show up, be clear on what I want and take action in alignment with my heart (not my worrisome head) was all I had to do.

There was evidence in all parts of my life that this magical way of participating had become my normal.

I asked the worry stick, “Have any of those past attempts to keep a guy around ever felt real or resulted in a positive outcome?”

Then I watched it vanish into thin air.

It was that day, in that moment, that I knew love would show up for me, because I stopped worrying.

I believed in myself to the core, and the trust I felt for all being well in my life meant there was no reason to dwell on a single worrisome thought, which in the past could have thrown me for that old, sad, “something is wrong” voice in my head.

A New Manifesto to Trust Life.