“What is Cellulite Anyway, Other than Something to be Photoshopped out?” 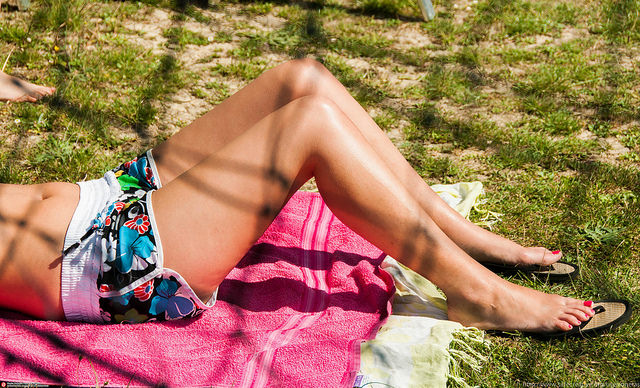 Actually, my man likes what he calls, “bubbling out.”

That is, he likes it when my bra doesn’t quite contain all that it’s meant to contain or when my stockings meet my thighs in a way that is…generous, or when he and I walk down the hallway and he knows he can put his hands on my shoulders and push me up against the wall and push everything else about him into my belly without there being any (so to speak) “bone on bone.”

In other words, he likes a zaftig woman. A woman whose body he can feel in his hands by the handful, a woman who he can take hold of and who, when he cuddles up against her at night spills over right out of those hands.

He also doesn’t care a whit about “cellulite.”

“What the hell is cellulite anyways?” he says, “Other than something that is photoshopped out.”

It’s not that he’s not into the visual. He is. You could check his phone to prove that.

“There’s just nothing like a woman’s soft, inviting, welcoming body next to mine,” my man says, as he pets me, caresses me, and otherwise claims every inch of me every morning before the sun comes up.

We are in the movies and I reach out and his hand is there. We are in bed and I wiggle over and he presses back up against me. We are sitting at a bar and his hand slowly moves up and down my spine—teasingly, down.

I have to say he is what we used to call “a breast man.” But then, if I were a man so would I be—I mean, what’s there not to like about breasts?

I’m an hour-glass shaped woman with a big bum. I have a small waist, full blown hips and, speaking of breasts, big heavy ones, and when my man and I met and we got naked together for the first time and I said, “Are you coming back tomorrow night?” he said,

“Wild horses couldn’t keep me away.”

That’s what I want. A man who even wild horses couldn’t keep away.

(Eat your heart out Kim Kardasian.)

That’s what I say.

They’re nice and all, but their entire purpose is to sell a product—a magazine or a reality show or even a football interview. They’re just girls in the business, the business of marketing and sales. That’s not a bad thing. That’s just what it is.

It doesn’t have a thing to do with “bubbling out,” and in that sense, it doesn’t matter what they look like. Mostly they just have to all look the same.

What matters is that he and I dance with that.

I don’t even mind bubbling out.

Just in case you thought a 20-something wrote this article.

I have grandchildren in their 20s.

All 200 bubbling-out pounds of me: 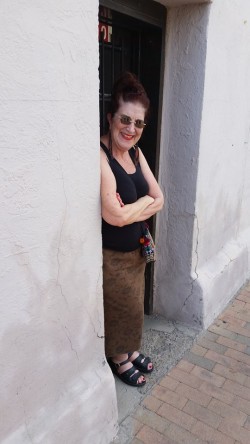