Yoga and Paracetamol—How I strained My Groin So You Don’t Have To. 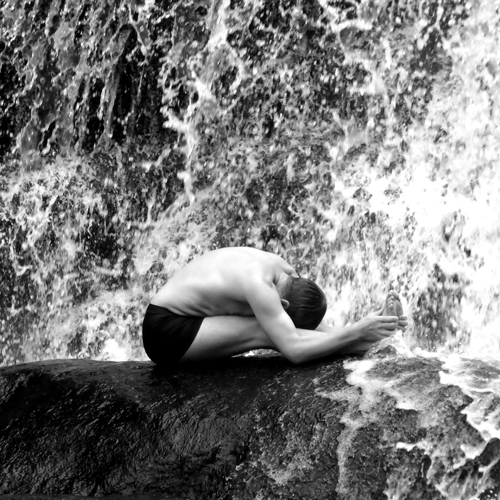 I’ve learned a few things during twenty years of yoga practice, but recently I learned something new that is worthwhile sharing.

Perhaps I was a little dehydrated because of the recent heatwave, or maybe it was a lack of sleep for the same reason, or a combination of both these things. Whatever the cause it was a headache unlike any I had ever experienced. Headache with excruciating shooting pain that came in waves. It ran with sudden ferocity like electric shocks, from the top of my head to behind my right eye.

I closed my eyes and tried to sit it out, hoping the headache would clear up by itself.

I don’t often resort to analgesics. I don’t like the way paracetamol (acetaminophen for those of you of the North American persuasion) dulls my senses and makes me feel groggy. But now, I liked the pain in my head even less. With an hour left before I was due to teach class I caved in, and took a paracetamol, washing it down with a glass of water. Then I took another, as a sort of insurance plan, in case the first one wasn’t strong enough.

Halfway through the class my headache was almost forgotten and I was feeling a comfortable fug of mild numbness.

I marvelled at how I seemed to be so much more flexible than usual, certain that it was because of the effects of the paracetamol. I wondered what sort of mechanism was at work. I promised myself to do a Google search after class.

Then, we got into some forward bends with our feet apart (Prasarita Padottanasana). I usually joke and ask the students to bring their feet at least as wide apart as the length of the yoga mat, a distance I rarely manage to achieve myself, and then reassure them that they should only ever go as far as they feel comfortable.

Interestingly comfortable was much further than usual for me. The tightness in my inner thighs that has always hindered me from doing the splits had melted away. Not only could I get my feet as far apart as the length of the mat, but I was able to slide a little further, which is to say further than I have ever brought my feet apart. Ever.

One way of looking at yoga practice is as a conversation between the body and the mind.

Being attentive to the bodily sensations brings the mind away from the stray thoughts of past and future. It gets us, very firmly, into the present moment, while simultaneously examining the influence the physical sensations produced in any yoga pose have on the mind.

This can lead us to a greater understanding of the inherent impermanence of our different mental states. But in the short term, and more relevant to this discussion, the attention to the different messages and signals from body can also help avoid injury.

Part of this intense examination of physical sensations also lies in determining where the line lies between physical discomfort and actual pain. It is perfectly normal to experience discomfort in any given pose, but pain is a warning sign from the body, a cease and desist message, that if ignored can lead to injury.

Essentially the pain-killing effects of paracetamol muffle this conversation.

The mind no longer perceives pain, or at least not to the same degree, which leads me to wonder whether we can even say that there is pain without the perception or experience of pain.

In any case, the body is no longer capable of signalling its distress. It is tied to a chair, gagged and bound, while the mind, in another room, is blindfolded and has its ears blocked. No conversation is possible, no warning signs are perceived and we push through what would normally be a pain barrier, completely unaware that it is even there. Injury is almost inevitable.

The class went on. A long shoulder-stand and my usual fifteen minute relaxation at the end of the class left me feeling particularly mellow. But I was also very aware of the effects of the paracetamol and how it dulled the myriad sensations—what I usually experience during the rotation of consciousness.

We sat for meditation for a half an hour after class and my usually busy mind was slurring its thoughts, as if wading with difficulty through thick mud.

The next morning I was up at six, and as usual and we started the day with an hour of pranayama and meditation. I still felt sluggish, not quite hung-over, but definitely not in the clearest state of mind. I wondered how long it would take for my body to flush the medication from my system.

By my estimation it took almost 48 hours, during which I started to notice what started out as a dull pain deep in my hip, around the right adductor—an injury commonly referred to as groin strain.

Over the next few days the pain lost its dullness and became very assertive, particularly during sitting for meditation. I usually sit for an hour in the morning and at least a half an hour in the evening and have done so for many years, with only minimal discomfort.

But now after only twenty minutes sitting the pain in my hip became very troublesome. I realized what had happened—I had over-stretched while under the influence of paracetamol.

Now two weeks later, the pain in my groin is still as intense and sometimes wakes me up at night when I shift position in my sleep. I’m hoping that time, that healer of all wounds will come to my rescue.

Right now the only remedy seems to be rest.

Moral of the story? Paracetemol and yoga don’t mix. 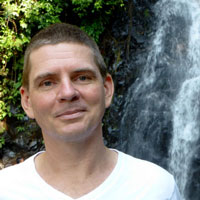